Like almost everyone, I guess, I take lots of photos with my phone without worrying too much about how I do so. Might I benefit from a book of photographic instruction? David Yarrow, known for his stunning black and white wildlife shots, has just published ‘How I Make Photographs’*, so here was a chance. He provides twenty bite-sized lessons, with anecdotes about how he arrived at his own images, which then form the illustrations in what can be viewed as simple a book of images. He has another potential audience: the photographer serious enough to choose their equipment according to what is required, rather than accept the automatic settings on their phone. They’ll be catered for by the discussions of camera and lens choices and settings, though Yarrow opines that taking a strong image rarely has much to do with the camera – ‘logistical considerations and the conception of ideas are more important’. He also considers printing and marketing. Yarrow tends to show animals somewhat anthropomorphically – his work isn’t entirely to my taste – and consistent with that he advises that ‘without emotion there’s nothing in the picture’. 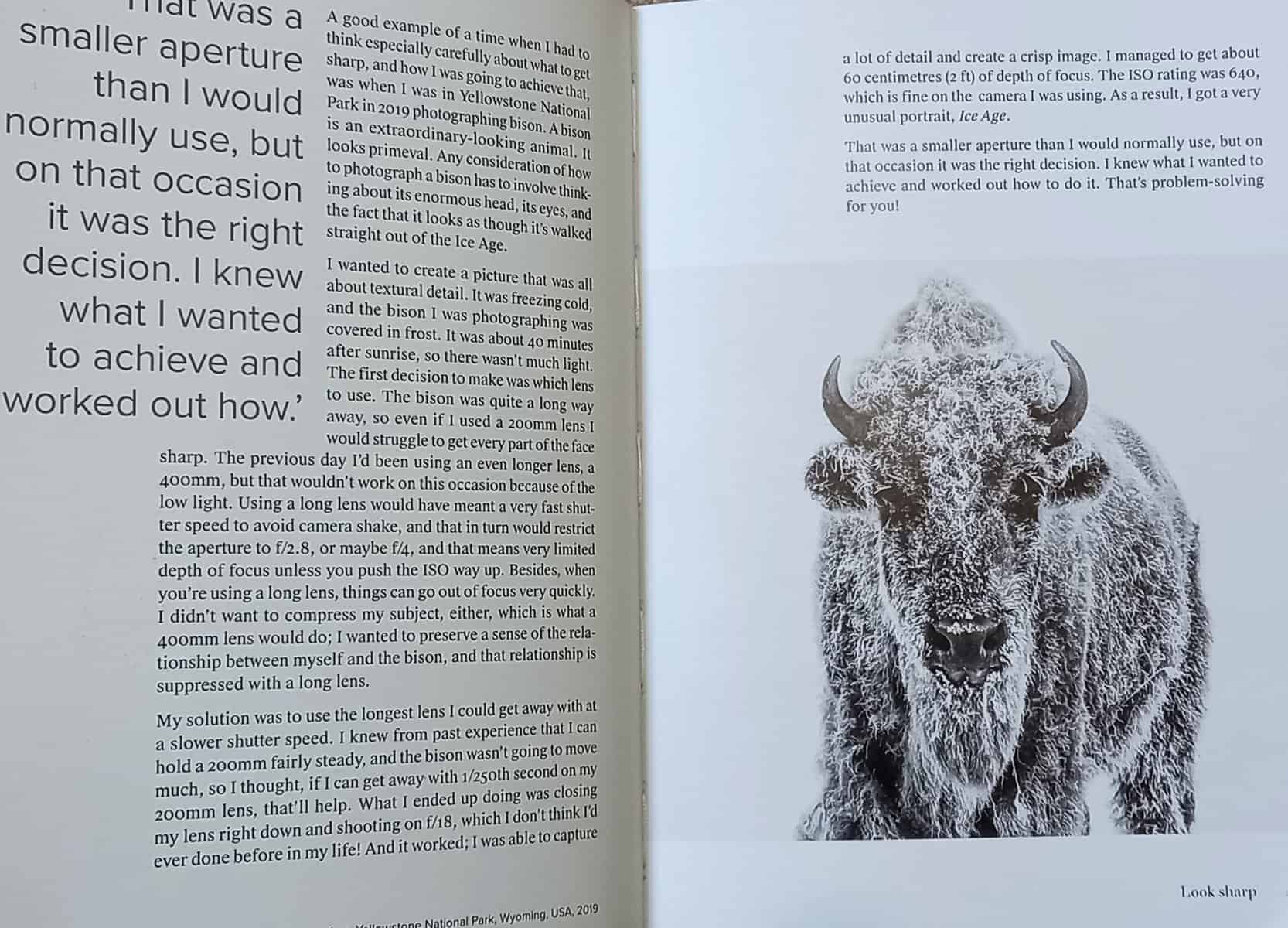 Among the tips most relevant to a wide audience where I felt that his photographic examples added most were:

Overall, then, it’s an attractive and potentially useful book, though I suspect my own photographic habits won’t change too much!

*  in the Laurence King ‘Masters of Photography’ series, paperback £14.99