Yinka Ilori & LEGO team up for the Launderette of Dreams, a free, interactive art installation. - FAD Magazine
Skip to content

The installation reimagines a community launderette as a vibrant play space using LEGO® bricks in Ilori’s signature colourful style. The design will be informed by ideas developed with children from his former primary school, St Jude & St Paul’s C of E, with Ilori bringing their ideas to life and reflecting the unbridled imagination of children.

Elements typically found within a launderette will be transformed to demonstrate how children use play and their creative problem-solving abilities to turn everyday experiences into adventures.

For the installation, Ilori draws on childhood memories of visiting the local launderette on Essex Road, North London with his family, and his early experiences of embracing his imagination to make the world around him more playful.

The Launderette of Dreams hopes to show that even the most mundane activities can be joyful when approached with the playful optimism of a child. The installation will invite visitors to come together, inspire them to build their own creations using LEGO bricks and will highlight how play can help children develop life-long skills such as creative problem solving, communication and resilience.

Known for using vibrant colours and bold patterns, Yinka Ilori’s work injects joy into everyday spaces and tells stories inspired by his British and Nigerian heritage. This installation follows a number of celebrated recent commissions including a series of pedestrian crossings in central London and the City of London, a basketball court in London’s Canary Wharf, set design and statuette for the BRIT Awards, a playground at Cannes Film Festival, and a courtyard design at Somerset House, London.

LEGO® play has long been the ultimate platform for creative problem solving, providing the tools for children to build anything they can imagine. Now in its third year, the 2021 Rebuild the World campaign celebrates the creativity of children, inspires them to imagine a better world and shows how LEGO play helps them develop the skills they need to be successful in it.

The Launderette of Dreams will be open from 28th October – 6th November at 133-135 Bethnal Green Rd, London E2 7DG and will be free to enter. There will also be a limited series of workshops to book with details announced soon. 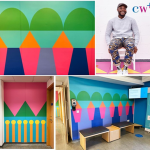 A series of unique artworks and design interventions by leading artist Yinka Ilori have been installed at St Stephen’s Centre, part of Chelsea and Westminster Hospital NHS Foundation Trust, to bring cheer and lift the mood for patients and staff. 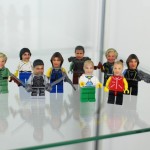 Ever fancied being a Star Wars Lego character? 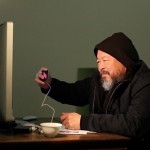