TOTALITY, an exhibition of new paintings and sculptures by Bosco Sodi, will open at KÖNIG LONDON on 13 October. The artist’s new body of work demonstrates his ongoing exploration of the material world and his fascination with nature. The sculptural canvases, alongside the heavy clay spheres that will inhabit the gallery, have a specific purpose: push people to reconnect with the natural world.

Read my interview below

Your works have a very strong presence. They are heavy, huge, and sculptural — you clearly perceive there is something going on below the surface. Can you tell us about your working process, which has a central role in your creations?

For my first exhibition at the gallery I’ll present two new bodies of work. Firstly, the clay spheres, all made by hand and cut from the ground at my studio in Oaxaca, Mexico. These are very heavy, around 300-500 kg each, and they take a long time to produce. After shaping them by hand I work with some local craftsmen to wrap them in plastic, leaving them in the dark for three or four months. Then we delicately remove the plastic and place them in the dark for another three to four months. For the next stage of the process we leave them in the sun for another three months and finally fire them in a kiln for eighteen hours. You never know whether they are going survive the first step, or the second… We use different materials inside the kiln, so each sphere comes out with a different personality, texture and colours.

Then you also have the new series of COSMIC paintings

These are also new works, and the first time I’ve used multiple colours in the same painting. Normally, my works are monochromatic or bicolour. I refer to them as Cosmic because they are inspired by night sky and they contain swirls of black, gold, white, grey and blue. I think a lot about gravity while I’m working. I lay down the canvases horizontally, continuously dropping the pigment mixture as I move around them, always using my hands to build up the layers of paint. This allows me to create a sense of dynamism which is evident in the various layers that build up. These paintings take roughly a month to make, they are very sculptural.

Your body is very much involved with the structure of the work itself, it permeates it. Do you want to leave a mark?

I think in a way I do, but only in the initial stages of the process. Then I let the painting unfold by itself. I like chance, the idea of natural forces taking over. The paintings have their own life which I can only control at the start of the process, when I’m playing with the raw materials. Eventually, the work takes control, as it begins to dry and the cracks start forming across the surface. There’s a lot of chance involved in my work, and it’s this that fascinates me. It is the uncertainty and accidents that make each work unique – it’s not possible to recreate them.

This takes me to your interest in nature, itself uncontrollable, unpredictable. What role does it play in your oeuvre?

I’ve always felt connected to nature and the wonder of the natural world. Being knowledgeable about nature gives you an insight into life in general. We are here just here for a few, fleeting moments; beauty is not forever. So, in my work I always try to integrate and preserve as many natural processes as possible. When the painting starts cracking I stop touching it. I feel that if I keep working on it I would be corrupting the process. So I stop and let nature take over.

We’ve talk about nature in general but what is your relationship with Mexico, your native land? I am thinking of the clay sphere you’ll exhibit at KÖNIG GALLERY, for example, made out from the ground surrounding your studio in Oaxaca.

When I founded Casa Wabi I realised that a lot of the local communities were experimenting with clay, so I started using it in my practice. I like the idea of decontextualising materials, bringing them out of their natural environment. For example, taking a sphere built in Oaxaca from Mexican clay to London and exhibiting it in a completely different context. I love seeing how organic forms interact with unfamiliar surroundings.

What sort of reaction do you wish to elicit in the public?

My aim is for the public to go on an introspective journey that will reconnect them to nature and to their inner selves. You know, you see this huge sphere in London, inside a gallery, but you can still feel its energy, the power of its raw materials and its origins. Clay has been a part of human history for millennia; it was one of the first materials we started to use and adapt to our needs. The relationship between human beings and clay is very strong so I hope the works will allow people to connect with the natural world.

When I look at your relief paintings, especially the COSMIC paintings, I clearly feel a sense of contemplation, silence, introspection. Yet they also project a very doomed atmosphere. How do you feel about it?

I think it’s the same way nature is: you have this feeling of decay, of time passing, of getting old. And yet, in the end, you also realise there’s beauty in everything.

I know that at first glance your oeuvre may not come out as political, but then I think of such works as ‘Muro’ (Wall), a public performance where people started dismantling piece by piece a huge wall built in the middle of London’s South Bank. What are your thoughts?

‘Tabula Rasa’ [public performance held at Washington Square Park, 23 May 2021] was totally political. It was the midst of the COVID pandemic, and I felt needed to say something at that time. I do not consider myself to be a political artist per se; although of course I have political beliefs. But with works such as ‘Muro’, or ‘Tabula Rasa’ I felt it was the right time to make a statement. ‘Muro’ was a wall made out of 1600 bricks, all hand-made in Oaxaca. We had a team that built the wall and invited the public to dismantle it brick by brick, underlining how short sighted and futile constructing a wall between communities can be. With ‘Tabula Rasa’ I placed a series of clay spheres in Washington Square Park, within which I encased some corn seeds. There were 440 spheres, equating to the number of days we had been officially in lockdown. I invited passers-by to take one of the clay orbs home to plant. I wanted to send out a positive message of hope, to show that life can begin again. We had such a positive response to the work. People started sending me pictures of the corn growing in their houses!

Would you say, then, that in the works that take their inspiration from the natural world, such as the COSMIC paintings, there is not a political comment on the actual (disastrous) state of nature?

It’s not an actual statement but I definitely want people to think about these subjects. I want the public to reconnect with nature and consequently realise the huge problems that the environment is facing. It’s not a direct statement, but the message, however subtle is there. 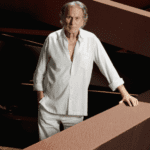 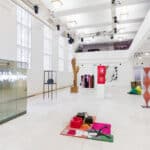 After London and Seoul, Berlin’s KÖNIG GALERIE open a new space in Vienna. The new gallery is headed by Katharina Abpurg, […]

Porsche and KÖNIG have turned some of the world’s most iconic billboards into a GLOBAL GALLERY. The NFTs by the artists who are part of GLOBAL GALLERY are now live as open editions