Gamergate is a protest movement that has emerged among gamers due to discontent with the gaming press and the growing influence of radical feminist rhetoric in the gaming environment.

Gamergate began with the scandal surrounding Zoe Quinn, a well-known developer in narrow circles of journalists, whose only notable work to this day is Depression Quest, which most closely resembles a questionnaire written in HTML. The press praised DQ. But when it turned out that Quinn, who had repeatedly cheated on her boyfriend, slept with Nathan Grayson, a game journalist with Kotaku, the public had reasonable questions to the press. They say, how can you trust what you write if you sleep with developers and can’t help but be biased?

The Quinn scandal, of course, was just a pretext. Mistrust of the press among gamers has been brewing for a long time, for reasons both sensible and not. Maybe, all would have calmed down. But Anita Sargsyan, known for the youtube show Feminist Frequency, said that after the video release about the oppression of women in video games, her life was in danger. And the press decided to give gamers an answer.

On August 28, 2014, within a day, almost simultaneously – a dozen articles appeared, the general meaning of which was that gamers are nothing. The identity of gamers can not matter. Gamers are not needed. Gamers are whiners, infantile, hating women and progress, living in the basements of their parents. Gamers are not needed – the gaming press said. It was because of this attack that the scandal took on such proportions. The press acted as a united front against gamers, against its target audience.

It is a heterogeneous, decentralized mass of people who share a common interest in gambling ethics and concern about potential censorship from the radical left. If you look from the point of view of emotions, then, of course, resentment and anger prevail. Even if initially the situation with Quinn, perhaps, did not justify such a surge, then the press behavior not only provoked him but continues to support him to this day.

From the very beginning of the gamergate, the press branded people outraged by Sarkisian’s insinuations, Quinn’s behavior, and Grayson’s potential conflict of interests as misogynists. They say you are unhappy because you all hate women and do not want to see variety in games. “Sarkisian infringes on the status quo with his criticism, and for games like Depression Quest – the future, so you are mad because your time has passed”, – journalists said. The press showered Sarkisian with honors and refused to publish critics of her work – critics more than deserved.

The press has portrayed gamergate as a bunch of the main enemies of the left-liberals, as conservative white heterosexual men who cling to their escapist hobby and do not want to let anyone else near him. First, as shown by numerous polls among participants in the movement, the overwhelming majority of it does not belong to right-wingers but the left. And at the same time speaks primarily for personal freedom, which is fundamental to libertarianism.

Second, many minorities are dissatisfied with the fact that the press refuses to recognize their existence. They decided to organize themselves under the #NotYourShield tag: as you know, the left is very fond of using all sorts of minorities, about whose interests they are supposedly concerned, as a shield: they say, if you are against us, then you are against minorities, which means that you are almost Hitler. “We are not your shield,” they said.

Impact on the industry

After the scandal, video game developers began to adjust to the standards, adding various details to their work:

A scandalous incident happened in 2017 with the release of Yooka-Laylee from the studio Playtonic Games (ex-developers – Rare) – an action-adventure game and platformer.

As a result, the developers of free slots mobile had to remove the voice acting, but the problems did not end there either. John’s fans, who bought the game with a desire to enjoy the voice of an idol, were greatly disappointed. And the studio received a poor rating for the game and low sales.

After a large-scale scandal, gamergate game developers began to be very careful and diligent in their approach to the release of new products, trying in their works to get the favor of both gamers themselves and journalists and critics.

All this was the result of the fact that the gaming industry began to change. The content received a new framework and moral and social foundations. 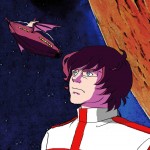