Ryoji Ikeda lands in London with a sonic boom: gravitate towards the immersive black hole of extra-terrestrial data extravaganza.

The last time Japanese artist Ryoji Ikeda was in London – March 2019, a lifetime ago in terms of current events – saw the execution of a single-room Test Pattern work continuing his series of unreal experiential installations.  Test Pattern [no12] saw the audience transformed from human into shadow-players, where our organic matter rendered and reduced to just another datapoint in Ikeda’s relentlessly monochrome, hardcore gabba-noise strobe environment.

Ikeda’s latest show at 180 Strand is much more ambitious in its scale where this expansion in size introduces a sense of humanity with a series of room-filling works of varying proportions.  Ten individual works are installed here featuring lasers, visual display units and ever-present tones with subtlely varying qualities.

There’s a feeling of freedom and empowerment in this series of installations, where one feels as though traversing the main bridge and control centres of an advanced alien warship.  Ikeda has described his work as having “no concept” and instead focuses on the raw depiction of data as an art material.

The employment of both huge vertical screens and coffee-table video monitors to portray this data makes for a spectrum of experiences, where the audience may be triggered to feel awed and assimilated when confronting the larger works and a retainment of control in the sparser areas.  These notions of empowerment and reduction are balanced throughout and the audience are quietly offered opportunities to impact their experience.  Visually, the precision lighting allows the attendees to depict their own story by playing with their own shadows while aurally one may move their head to alter the pitch and phase of the relentless sonic material – made possible by the use of pure-tone sine waves and harmonic distortion to provoke the standing wave acoustical phenomenon.

Every movement we make within the spaces will alter the aural and visual experience.  This is the kernel of audience empowerment which makes the show a compelling repeat visit.  Go twice – twice a day, twice a week, twice a month – and absorb and orchestrate a unique experience with each iteration.  Hidden inside the fidelity of the light are, in effect, two experiences: one for human eyes and one for the machine-optics of the camera lens.  The utilisation of light patterns which appear monochrome to the naked eye are rendered in a richly textured colour palette when seen through the lens of a smartphone, making for an ambitiously subtle augmented reality experience – to see what is actually present in the lights.

These deltas between machine and human inputs are what Ikeda refers to as the examination of relationship between critical points of device performance and the threshold of human perception – it certainly activates a consideration of the gradual melting of ubiquitous electronics into their human users.

This is an enormous scale exhibition which is timely, provocative and clinically designed for both digital and human participation; it felt like a compelling obligation to take photographs of these works to capture the richness of colour hidden from the naked eye, and to temporarily put ones mark on the test pattern with silent shadow-play – almost silent anyway, most probably interspersed with gasps when faced with such immersive unreality.

A unique magnetism is on offer encouraging play is offered by several of the works; there were attendees crawling along the floor in the spectra III tunnel, or laughing as they danced with their own shadows in test pattern [no12],

At the other end of the interactivity scale, the attendees facing the tri-part data-verse screens are offered the chance to imagine themselves as extraterrestrial analysts orbiting the planet, observing the presentation of seemingly-geographical data on cinema-sized screens.  There is so much material to engage with on display that a repeat visit is vital.  Fortunately the show is on until August so there’s plenty of time to make feasible.

Ikeda delivers an eclectic array of experiences enabling both audience assimilation and empowerment and continues the impressive arc of futuristic reimagining of the data we find ourselves surrounded by.  Get up close to data as an aesthetic and ride that alien warship – and treat your smartphone to its own experience in the process! 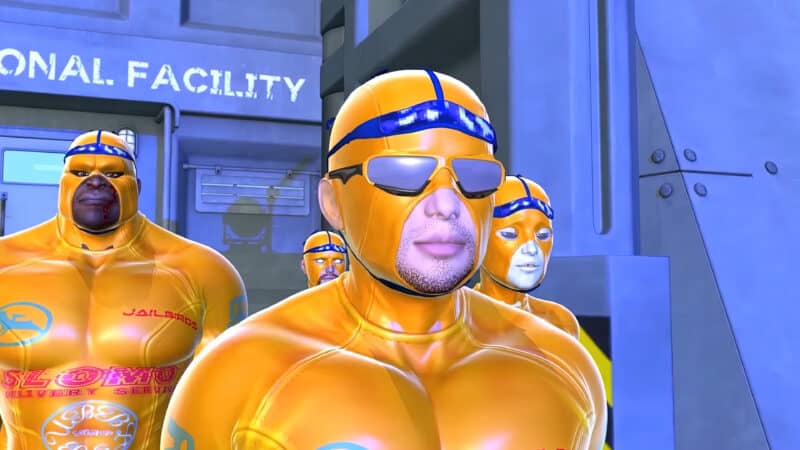 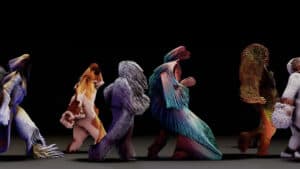 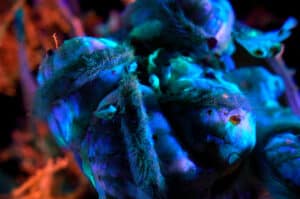