Longlati Foundation, a Shanghai-based private non- profit organization with the mission to collect and exhibit art that reflects the changing discourses of art history and support new and historically overlooked currents of artistic production has announced its inaugural exhibition with recently acquired works by Judy Chicago and Stanley Whitney from the Foundation’s collection. “Call and Response”, curated by the Foundation’s Consulting Curator Wenjie Sun. The exhibition precedes the Foundation’s opening of its permanent space in Shanghai in spring 2021 and marks both artists’ first major exhibition in China.

Established in 2019 by venture capitalist and philanthropist David Su and artist Zihao Chen, Longlati Foundation seeks to create new opportunities and platforms for global contemporary artists, advancing the careers of emerging artists and celebrating the achievements of artists who have historically been underrecognized, including women artists. The Foundation’s collection is comprised of works by Carol Bove, Hu Xiaoyuan, Luchita Hurtado, Barbara Kruger, Ma Qiusha, Tala Madani, Laure Prouvost, Christina Quarles, Tschabalala Self, Mary Weatherford, and many others. Its permanent exhibition space in Shanghai will open in March 2021, with one gallery consistently dedicated to works by women artists. The inaugural exhibition in the permanent Shanghai space will be with Tala Madani.

“Longlati Foundation was created to support artists across a broad range of disciplines, practices, and backgrounds. The launch of our own exhibition space in Shanghai next year will allow us to bolster our programming for artists and connect them with new audiences here in China and beyond.”

Prior to the launch of its permanent exhibition space in 2021, the Foundation will present “Call and Response” at West Bund Art & Design fair, introducing seminal works from each artist’s career to audiences in China and Asia. The exhibition will highlight Judy Chicago’s work from the 1960s to the 1980s, including “EU 22 Earth Birth”, a monumental textile-based work from her “Birth Project” series, which was created in collaboration with more than 150 volunteer artisans and sought to replace masculine archetypes with symbols of female empowerment, freedom and connectivity. The exhibition will also highlight Stanley Whitney’s abstract compositions of stacked and saturated color fields, including “Listening to the Poets”, one of the largest paintings created by the artist to date. Whitney’s “Untitled (No to Prison Life)”, part of a new series of works on paper by the artist that premiered in a special online exhibition in July to coincide with World Day for International Justice on July 17, 2020, will be on view to the public for the first time. The statement, “No to Prison Life” is the artist’s protest against the U.S. judicial system’s promotion of arrest, incarceration, and other forms of imprisonment, in particular highlighting the disproportionate number of Black Americans in U.S. prisons.

“This exhibition of works by Judy Chicago and Stanley Whitney explores the ways in which each artist’s unique creative processes influence how their work has evolved over time. Chicago’s work celebrates human connection. Her artistic process is both improvisational and fluid, organically evolving from concept to creation. Improvisation plays an equally important role in Whitney’s work, who uses color as an expressive language rather than a means of constricting form; it is the interrelationships between the blocks of color in his works that determine the structure and form of his compositions.”

Established in 2019 by venture capitalist and philanthropist David Su and artist Zihao Chen, Longlati Foundation is a Shanghai-based private non-profit organization with the mission to

collect and exhibit art that reflects the changing discourses of art history and support new and historically overlooked currents of artistic production. The Foundation seeks to create new opportunities and platforms for global contemporary artists, advancing the careers of emerging artists and celebrating the achievements of artists who have historically been underrecognized. In spring 2021, the Foundation will open a permanent exhibition space, including a gallery dedicated to exhibiting works by women artists from across the world.

The Foundation’s initiatives also include the Interstellar Museum Project, a collaboration with the private aerospace company i-Space that provides artists with advanced space technology to launch works of art into space and that pushes the boundaries of how we experience art. Longlati has also initiated Decade after Decade, a ten-year project from 2020 to 2030 to collect and support emerging Chinese artists born in the 1990s. Further details about the initiatives will be announced in the coming months. 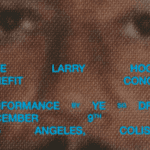 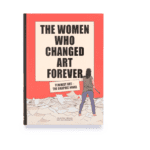 The Women Who Changed Art Forever: Feminist Art – The Graphic Novel tells the story of four pioneers of feminist art: […]