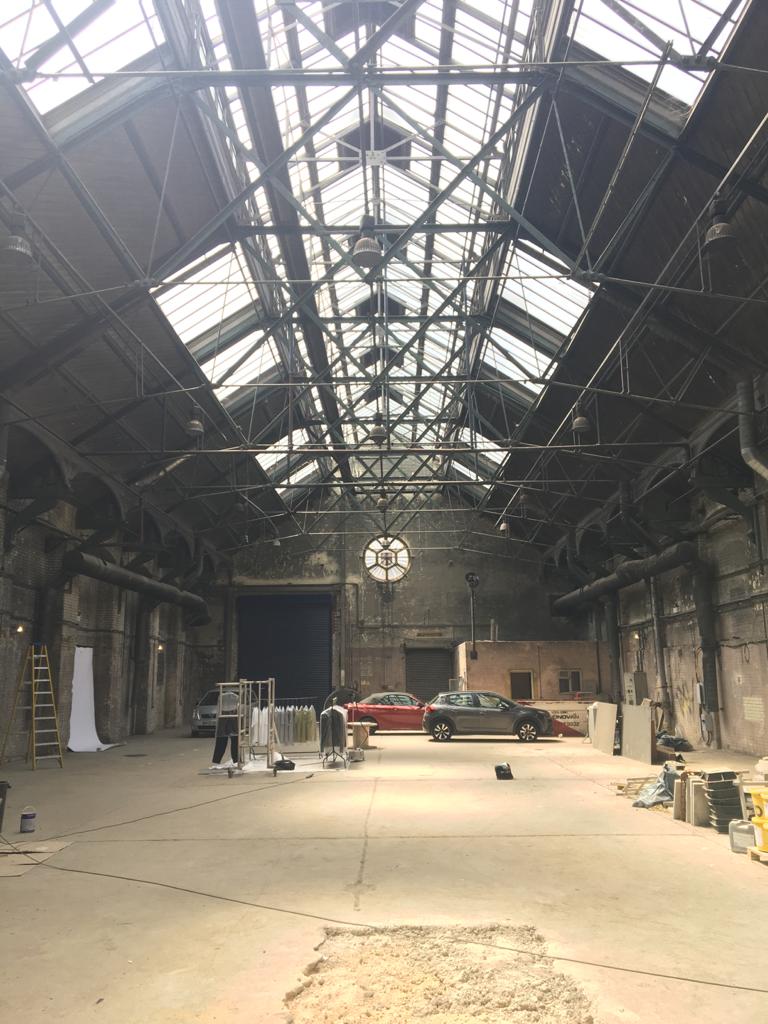 Five Hides is an exhibition presented by curatorial platform Thorp Stavri, supported using public funding by the National Lottery through Arts Council England and through the continued support of Projekt and FAD Magazine.

Five Hides will take place at Manor Place in Walworth, a Victorian building taking its name from the Manor of Walworth, described by The Domesday Book (1086) as being “five hides” in area: enough land to support five families or to produce £5 in taxes. 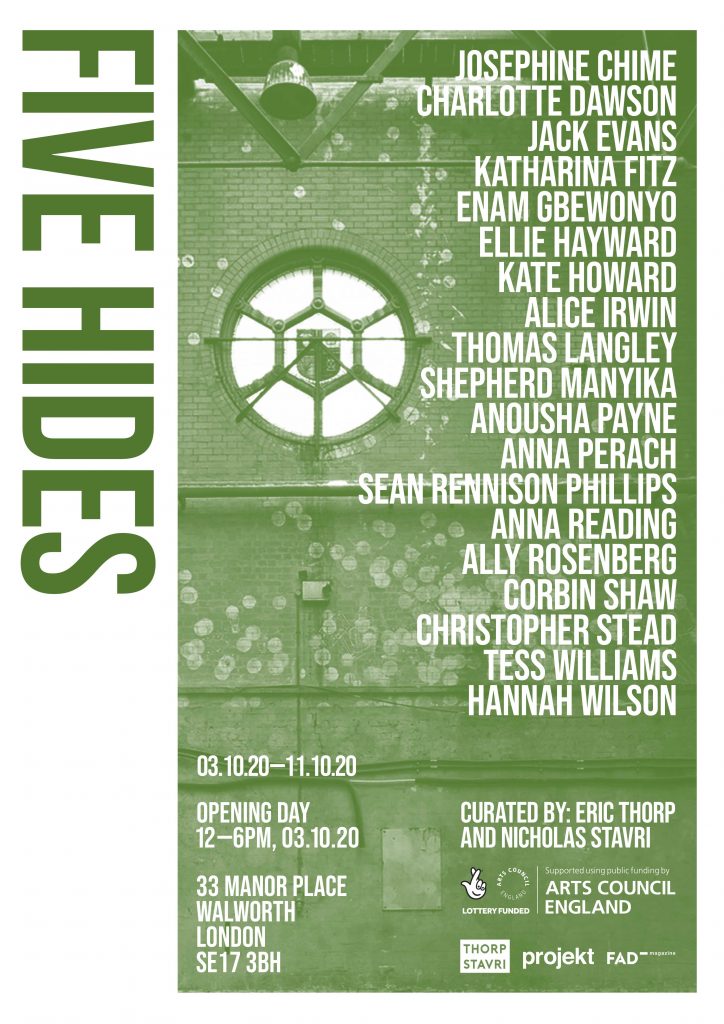 Manor Place has a rich history of serving the people of Walworth. Built in the 1890s as public baths and laundry facility for local residents, it strengthened a sense of community in the area, while giving patrons an independence lacking in their domestic situations: providing somewhere they could improve health and hygiene, and come together with neighbours at the same time.

Manor Place later became a hub for London’s boxing community, the Metropolitan Borough of Southwark’s Charity Boxing Committee hosting the biggest names in the sport – including the Kray twins – giving locals the chance to see professional boxing right on their own doorstep, and hosting annual fundraisers for local children. It became so synonymous with the sport that when the BBC began broadcasting boxing, it chose Manor Place as its first venue. 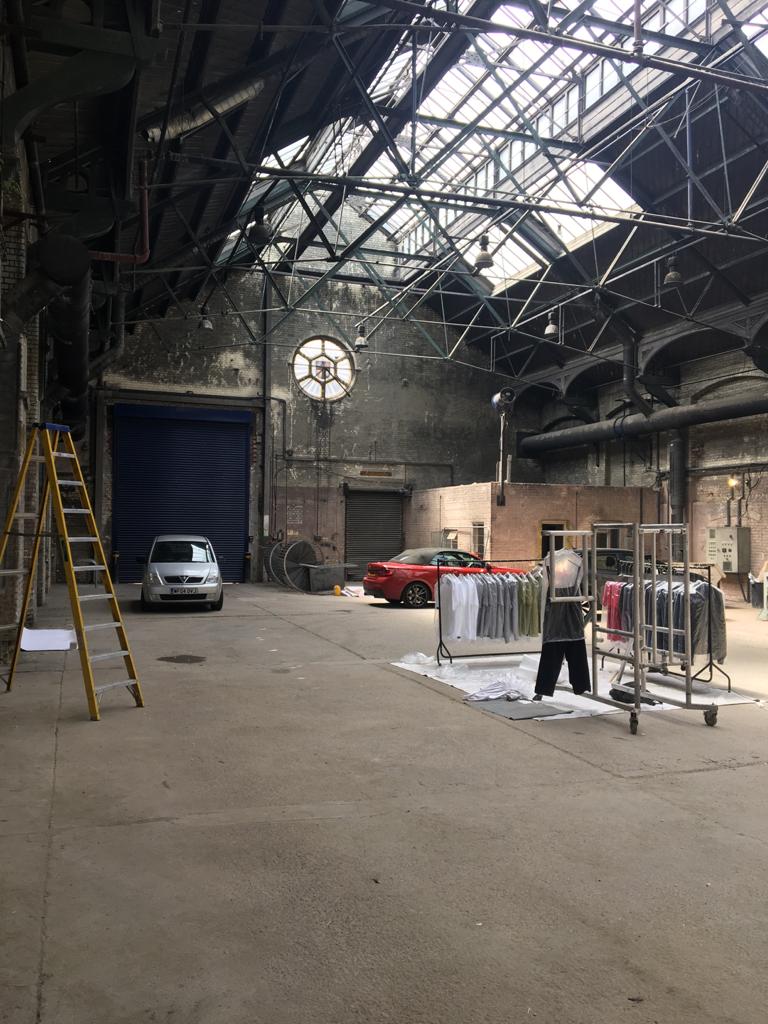 The building then went on to become a Buddhist centre, offering classes and workshops to the community, continuing its long legacy as a space offering well-being and togetherness to the people of Walworth. Now surrounded by expensive, encroaching redevelopment, Manor Place may not be able to retain this role much longer. Five Hides will celebrate the space and open it up to the community once more before it’s potentially gone forever.

The exhibition has been planned specifically to take into account the monumental scale of the space. One of the underlying principles of the show is to reflect the diversity of artists working in the UK at the moment, however the exhibition presents some unifying themes that cut across divides. The show combines a radical perspective, with artists drawing ideas and inspiration from the brutalism of urban life both from the standpoint, on the one hand, of the architectonic and the emotions that the built environment and the sensual density of the city can arouse, with the orthodoxy of sculpture (particularly object making) and painting (albeit iconoclastic) on the other. Both bring together a post pop sensibility and emotions that are frequently triggered by the pressure of the everyday.

If contemporary art is almost exclusively an urban undertaking, then this show attempts to demonstrate the complexity of that condition while maintaining the powerful presence of painting and sculpture as it is being made right now. It incorporates issues of identity and the body; the prosaic, concrete and spiritual potential of the object and the enduring power of painting as a radical act.

Throughout, this exhibition is actively conscious of the role contemporary art has to play in the wider world. The selection of this cross-section of artists has been made with this in mind in an attempt to combine a many-layered complexity of thought with an accessibility that resonates with a wide public.

The exhibition will be adhering to current social distancing guidelines. Masks will be required for entry, hand sanitizer will be provided and access to the exhibition space will be in limited capacity.

All visits will require a free ticket, which can be booked HERE .

Five Hides will take place at Manor Place Baths, an 8500 sq ft Grade II listed Victorian building with a deep history of serving the local community. In addition to the baths and launderette the building also provided an opportunity for exercise, earning its place in the hallowed history of British boxing. The first class baths were designed to be covered over with wooden flooring in the winter so that the space could be used for other pursuits; including boxing, wresting and various live music events. Manor Place saw its first bout in 1908 and went on to host a roll-call of the famous and infamous, including Henry Cooper and the Kray twins. It became so well known that when the BBC began to broadcast boxing, they chose Manor Place as their first venue Five Hides, curated by @thorpstavri and supported using public funding by the National Lottery through Arts Council England and through the continued support of Projekt and @worldoffad ?? Tickets via link in our bio ?33 Manor Place, London, SE17 3BH, United Kingdom ?Closest stations are: Kennington underground (7mins), Elephant and Castle (10 mins). ? Our priority is to ensure the welfare of our team, visitors, artists and their families. This exhibition requires all visitors to book an appointment prior to visiting. All visitors will be required to wear a mask and adhere to all social distancing guidelines. #JosephineChime #CharlotteDawson #JackEvans #KatharinaFitz #EnamGbewonyo #EllieHayward #KateHoward #AliceIrwin #ThomasLangley #ShepherdManyika #AnoushaPayne #AnnaPerach #SeanRennisonPhillips #AnnaReading #AllyRosenberg #CorbinShaw #ChristopherStead #TessWilliams #HannahWilson #ThorpStavri #ArtCouncilEngland @aceagrams #Projekt #contemporyart #Contemporysculpture #architecture #BBC

Thorp Stavri is a London based curatorial platform dedicated to supporting early-career artists in accessible public spaces. It is composed of journalist and filmmaker Eric Thorp and Nicholas Stavri , who specialises in the production of large scale public art campaigns and exhibitions. They have both worked in various roles in the museum and commercial gallery sectors, over the last decade, during which they have amassed a broad knowledge and understanding of contemporary art.

Thorp and Stavri’s common interest in bringing creatives together – from the emerging end of contemporary art – and making art accessible to all audiences, in parallel with their expertise has shaped their curatorial vision. 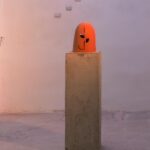 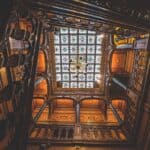 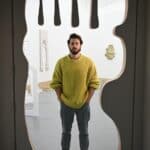