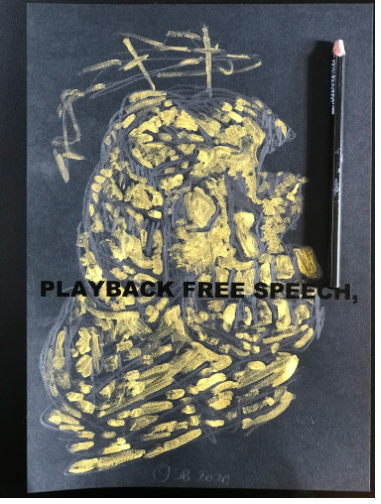 UNLEASHED SPEED UNLEASHED SPEECH (MISFITS) a group exhibition curated by London and Mexico City-based contemporary artist Stefan Brüggemann will open on September 5, 2020, and will continue on view through October 10 at KOTARO NUKAGA Tokyo

Brüggemann has been exhibiting his work globally, recognized as one of the most thriving and anticipated contemporary artists of today. His first solo show in Japan in the autumn of 2018 at KOTARO NUKAGA marked the gallery’s inaugural exhibition; the series of work reflecting the modern-day digital culture attracted much attention from the Japanese contemporary art world.
In this exhibition curated by Brüggemann, he will be presenting his work along with three other internationally-respected artists: Oriol Vilanova, Jay Rechsteiner, and Gardar Eide Einarsson. While the artists have a diverse background and artistic style, they observe the ever-accelerating, information-overloading state of the modern world in an incisive manner and reflect their unique perspective in their work. The unrestrained acceleration of social change keeps escalating without any sign of slowing down, and the ability to see through the surface of the constant flood of information with keen insight is in question. The exhibition will highlight insightful perspectives on human behaviors from the “misfits’” standpoint as we face accelerated, extreme changes throughout the world.

Stefan Brüggemann (1975, Mexico City, Mexico) develops a conceptual approach to the artistic process, which he explores with a critical and often provocative and ironic attitude, questioning its inner activity and contemporary societies. He works with a wide range of media, creating large installations, neon works, paintings, and photographs. Brüggemann’s work is a unique combination between theoretical concepts (mainly grounded on poststructuralism and deconstructionism) and pop imagery, inspired nihilism (anti-conformism, provocation, and cynicism), which are often expressed through tautological premises, not only within themselves but also in relation to the context in which they are conceived and inserted. His primary strategy is to insert a certain pop sensibility into conceptual practices. Brüggemann has exhibited extensively throughout Europe and America. In 2017, his work was exhibited in THE ART SHOW: Millennium Art in Taguchi Art Collection by the Museum of Modern Art, Gunma, Japan. In September 2019, his large-scale installation Headlines & Last Lines in the Movies (Guernica) was exhibited at Centre Pompidou, Paris.

Jay Rechsteiner (1971, Basel, Switzerland) is based in Margate on the South East coast of England. He was trained in Switzerland and in the UK. In the 1990s he moved to Japan where he spent 6 years painting. In 2001 he returned to Europe. Rechsteiner exhibited internationally, including the Venice Biennale, Fukuoka Art Museum, the Whitechapel Gallery and Tate Liverpool. From In 2007 Rechsteiner formed half of the artist duo Sardine & Tobleroni, who gained an increasing reputation between 2007 and 2012 in London and Portugal. In 2012 Rechsteiner decided to work solo again. 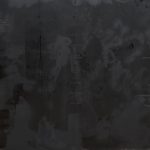 HYPER-CONSCIOUS by Stefan BRÜGGEMANN & On KAWARA

This exhibition at MARUANI MERCIER brings Stefan BRÜGGEMANN’s Hyper-Palimpsest and On KAWARA’s Today series together for the first time. The works share a central concern in their engagement with the experience of time and being in the world. 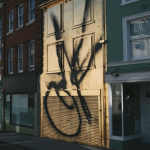 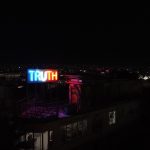 Coinciding with the US elections on November 3rd 2020, artist Stefan Brüggemann will unveil a new public artwork on the US / Mexico Border at Tijuana, Baja California, titled ‘Truth / Lie’ on view to the public until January 10th. 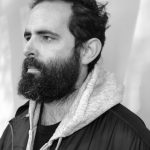 In ‘Online Disconnected (Hyper-Poem Lockdown)’ (2020) Brüggemann’s choice of words force us to reflect on our online existence of scrolling and constant consumption.