This week on FADTV we have Gustav Metzger and Part one of a video-record of his installation and performance ‘100,000 Newspapers’ on 21st-23rd January 2003 at the first T1+2 Gallery in London.
This week it was announced that Gustav and his Estate and Foundation will be represented by Hauser & Wirth. 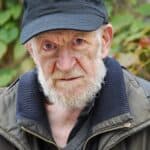 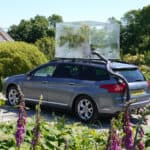 Gustav Metzger goes on tour in Cornwall with a pre-show that makes visible the destructive impacts of human activity on the natural world.

As part of the exhibition Gustav Metzger: Earth Minus Environment (25 June – 4 September 2022), Kestle Barton re- presents […]

Watch Francis Bacon talking about his art in this 1965 interview

This week the RA announced details of their upcoming Francis Bacon exhibition. So we thought at FAD TV we would bring you this 1965 BBC video interview of Francis Bacon.