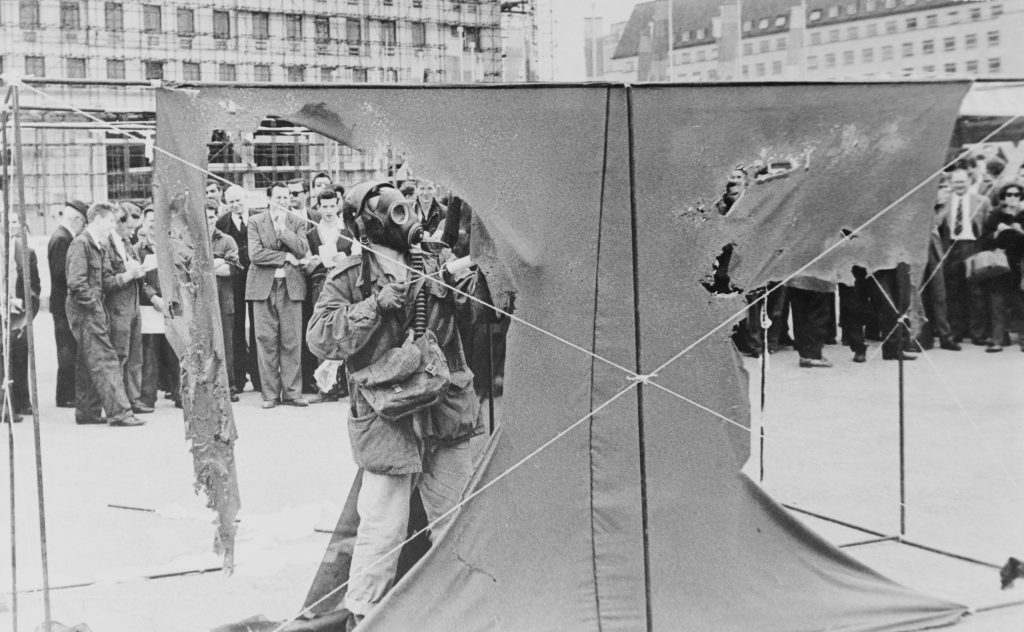 Iwan Wirth, Manuela Wirth and Marc Payot, co-presidents of Hauser & Wirth, today announced the gallery’s representation of the Estate and Foundation of Gustav Metzger. The first project will be an exhibition of work by the visionary artist at Hauser & Wirth in 2021.

The support of Hauser & Wirth will help to activate The Gustav Metzger Foundation, a charity which was founded upon Metzger’s death at the age of 90 in 2017. During his lifetime, Metzger defined the organization’s mission by envisioning not only exhibitions of his work and furtherance of the political and philosophical ideas he espoused, but also through support for individuals working in the fields of the arts and environmental studies, and for initiatives ‘to combat the risk of global extinction arising from the activities of humans.’ 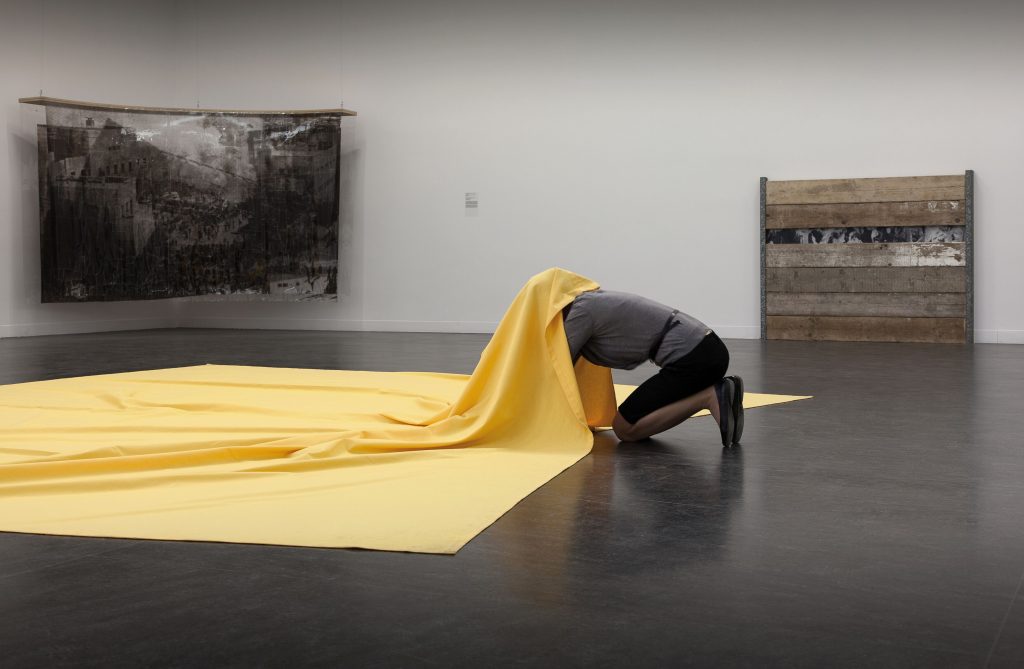 ‘Metzger was a man of the future. His prescient actions and activism in support of the environmental movement have proven an ever-starker reality in the context of today’s world.’

At the heart of Metzger’s prescient and enduringly influential 65-year practice was a passionate engagement with such constantly opposing yet interdependent forces as destruction and creation. A radical thinker, Metzger’s involvement in anti-nuclear movements such as the Committee of 100 and his life-long activism to combat environmental destruction were fundamental to his provocative questioning of the role of artist and of conventional forms of art-making and display. In what he termed ‘auto-destructive art’ — a public art form with strong affinities to Happenings, Conceptual, and Performance Art that emerged in the second half of the 20th century — he sought to mirror a socio-political system he viewed as indifferently progressing toward total obliteration of the natural world and humanity. Metzger placed the emphasis in his work on action over the art object, inviting people to actively participate in some his works to heighten their impact.

Metzger’s world view, art, and legacy are rooted in political protest against forces of oppression. Born to Jewish parents in Nuremberg in 1926, he arrived in Britain in 1939 as a child on the Kindertransport. His parents and most of his immediate family members would perish in the Holocaust. Metzger envisaged art as a means of communicating the futility and horrors of conflict and war. By 1958, Metzger had become heavily involved in anti-capitalist, anti-consumerist movements and the Campaign for Nuclear Disarmament. In 1960, he was a founder member of the anti-war group, the Committee of 100.

Metzger’s political activism provided the foundation for his first manifesto in 1959, titled ‘Auto-Destructive Art’. That year he also created his first auto-destructive artworks by spraying acid onto sheets of nylon, which caused the disintegration of work itself, as another form of anti-nuclear protest. As the first manifesto states: ‘Auto-destructive art is primarily a form of public art for industrial societies. Auto-destructive painting, sculpture and construction is a total unity of idea, site, form, colour, method and timing of the disintegrative process.’

‘The Estate and Foundation of Gustav Metzger are delighted to have appointed Hauser & Wirth to represent them. Metzger was a visionary artist and thinker, whose artistic practice developed over his long lifetime. He introduced themes of auto- destructive art, and its converse auto-creative art, and was ahead of his time in foreseeing the perils of a world threatened by global warming. He grappled with the problem of how an artist ought to behave and work in order to combat the risks of world-wide mass extinctions resulting from human activities. The support of Hauser & Wirth will be crucial in turning Metzger’s ideas and legacy into a sustained plan of action for the Foundation’s charitable activities.’ 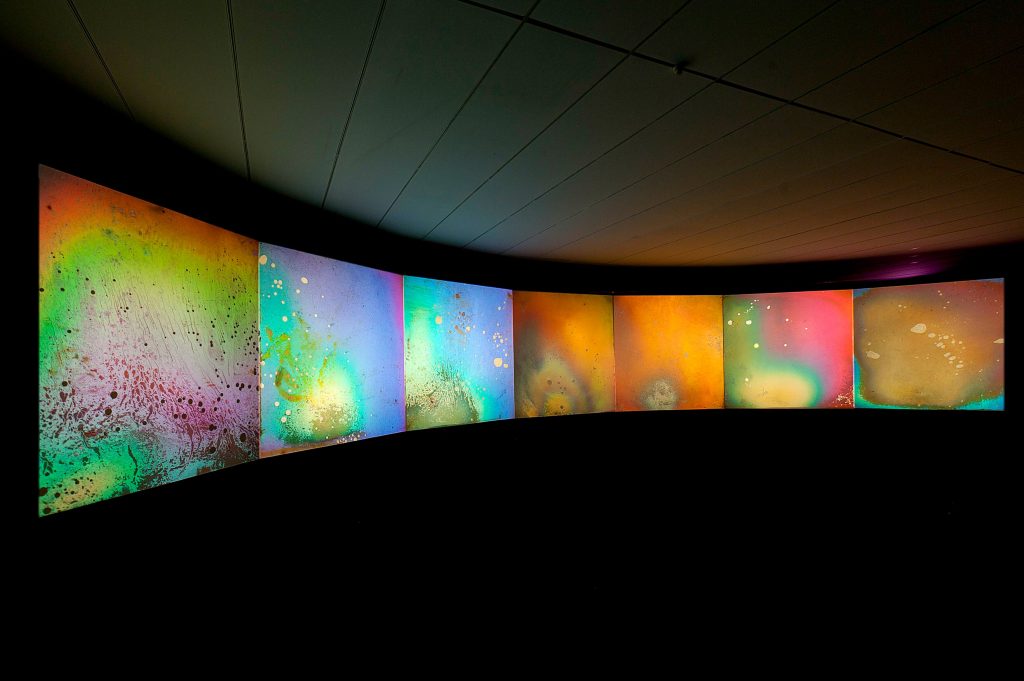 ‘The Estate and Foundation have searched for a gallery which could handle these ideas and give proper representation to Metzger’s artistic genius. International interest in Metzger’s work has continued to grow since his death in 2017, and we sought out a gallery which could champion his work on a world stage. We believe we have found such a gallery in Hauser & Wirth. We are so pleased that he is joining the pantheon of distinguished artists whom they represent.’

‘Metzger was a man of the future. His prescient actions and activism in support of the environmental movement have proven an ever-starker reality in the context of today’s world. We are deeply honored to begin working hand-in-hand to safeguard the legacy of this radical artist, thinker, and activist. I first met Metzger through Paul McCarthy, Hans Ulrich Obrist, and Norman Rosenthal in London. Throughout our conversations he shared his beliefs about the role of artists and art – ideas that continue to exert a powerful influence. The lines of connections between Metzger and artists in the Hauser & Wirth family run very deep, including Allan Kaprow and Dieter Roth. We look forward to further advancing the understanding of this great artist’s contributions, both within and beyond the field of art, and to enabling the Foundation to galvanize its charitable activities. This announcement comes as our gallery focuses on its own environmental commitment and the sustainability initiatives we will share in the coming months.’

Gustav Metzger was born in Nuremberg, Germany, on 10 April 1926 to Polish Jewish parents. He arrived in Britain on the Kindertransport in 1939 with his older brother (as artist Eva Hesse had with her sister three years earlier). Most of Metzger’s immediate family were murdered in the Holocaust. From 1945-53, he studied art in Cambridge, London, Antwerp and Oxford – for much of this time he was associated with the artist David Bomberg.

By 1958, Metzger had become heavily involved in anti-capitalist, anti-consumerist movements and the Campaign for Nuclear Disarmament. In 1960, he was a founder member of the Committee of 100, an affiliation that led to a brief imprisonment in 1961 with Bertrand Russell and other members of the Committee for encouraging mass non-violent civil disobedience.

Metzger’s political activism provided the foundation for his first manifesto in 1959, titled ‘Auto-Destructive Art’, which he described ‘as a desperate last-minute subversive political weapon…an attack on the capitalist system…’. That year he also created his first auto- destructive artworks by spraying acid onto sheets of nylon, which caused the disintegration of work itself, as another form of anti-nuclear protest. Metzger went on to organize the seminal Destruction in Art Symposium in London in 1966, centered around destruction-themed events, talks and activities that brought together artists from all over the world, including Yoko Ono who first performed her ‘Cut Piece’. This was later followed by a worldwide call for artists to stop producing art to induce the collapse of the commercial art system, titled ‘Years Without Art 1977–80’. Metzger did, in fact, withdraw for a period from art-making during the 1980s.

The notion of creation is a continual counterpoint to themes of destruction throughout Metzger’s practice. Drawing on experiments first began in the mid-1960s for the exhibition ‘Extremes Touch’ in Swansea, he developed the principle of ‘auto-creative art’, later explaining, ‘If you look at the first manifesto for auto-destructive art, the term ‘auto-creative art’ receives more prominence, so there’s a side of my activity that has to do with growth and opening to the endless in life and art.

An enduring interest in science began in Metzger’s formative years and played a significant role in the development of his work throughout his entire life. In 1965, he used liquid crystals that were magnified and projected onto walls as the basis for one of his most well-known works, ‘Liquid Crystal Environment’. Through his experimentation with liquid crystals and dedication to the effects of aesthetic beauty on the human experience, Metzger explored what he described as ‘the use of art to recharge the human being who can tend towards depletion or collapse.’ He also developed the idea of using computer technology for art long before many of his contemporaries.

In 1995, Metzger began his ‘Historic Photographs’ series–large, complex installations that sought to confront people with some of the most powerful and tragic images of events from recent history. ‘To Crawl Into–Anschluss, Vienna, March 1938’ (1996) features an enlarged image of Jewish people being made to scrub the streets on their hands and knees, hidden under a large piece of cloth that obscures the entire image, which lays directly on the floor. This work challenges the viewer to crawl under the fabric and directly onto the image to see it – and in doing so, puts the viewer into an uncomfortable position that mimics those in the picture. Metzger conceived of the Historic Photographs as a radical response to the desensitization towards images of death and destruction in society and the loss of historical memory. For these works, the artist reconfigured the iconic source photographs by enlarging, obscuring, or hiding them from view using simple but evocative materials such as cotton sheets. Instead of a momentary glance, the Historic Photographs require viewers to physically engage with the photography in ways that are intimate, tactile, and prolonged, creating powerful physical experiences that transmit the emotional and intellectual weight of history. Instead of creating memorials to the past, Metzger’s works are gestures of social activism with the expressed intention of rebuilding our understanding of and sensitivity towards historical trauma. As he explained: ‘Challenge and risk are integral to the work. And risks are what life is all about: some of them we are aware of; some of them we evade.’
Metzger had solo exhibitions at institutions around the world, including Circuit, Lausanne (2018); West, Den Haag (2018); MAMAC, Nice (2017); MUSAC, Leo?n (2016); Tate Britain, London (2016); Museo Jumex, Mexico City (2015); CoCA Torun, Poland (2015); Neuer Berliner Kunstverein, Berlin (2015); Kunsthall Oslo and Kunstnernes Hus, Oslo (2015); Tel Aviv Museum of Art (2014); Kettle’s Yard, Cambridge (2014); New Museum, New York (2011) and Serpentine Gallery, London (2009).