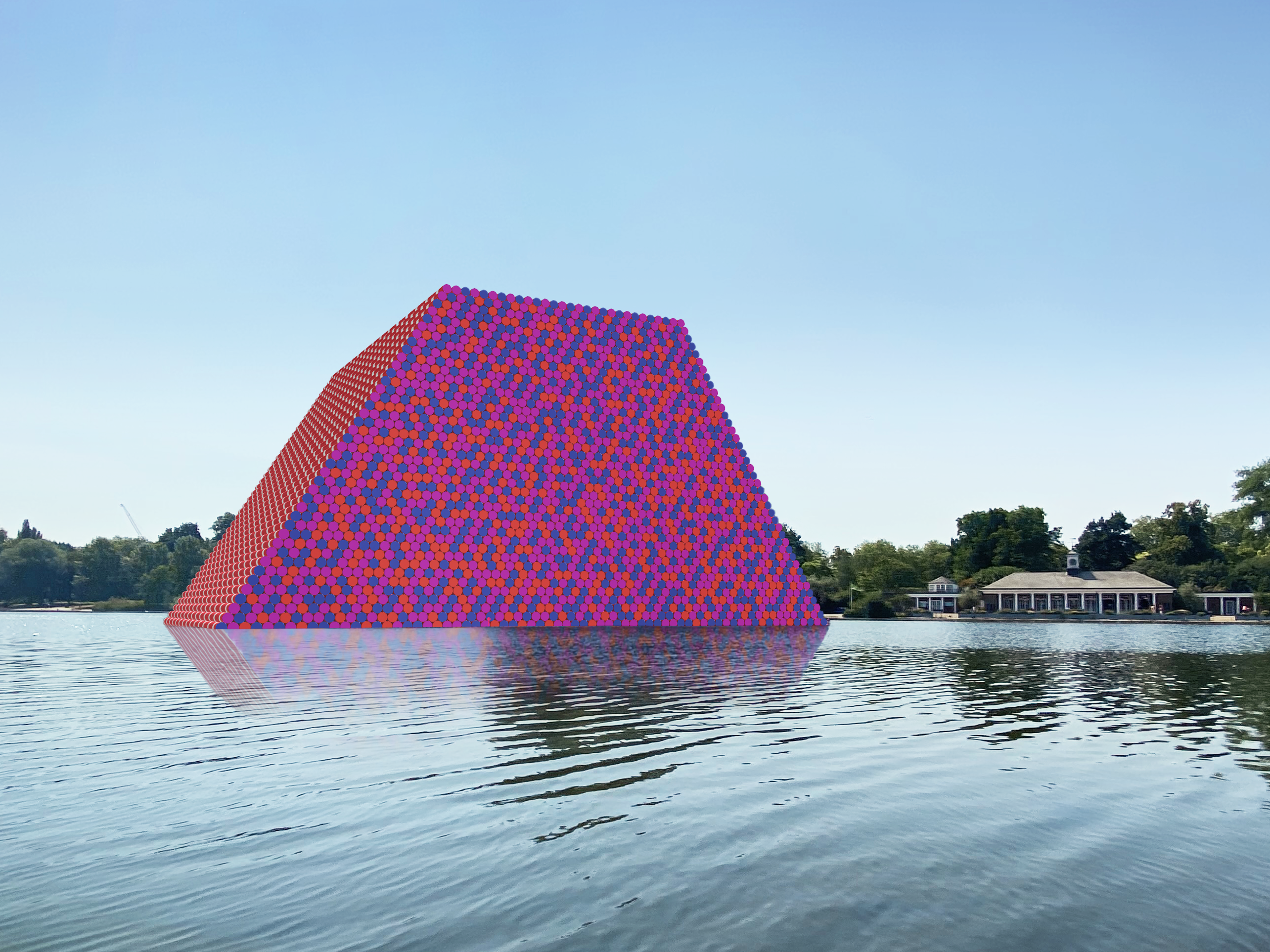 From today 8th July 2020, visitors to Hyde Park can virtually recreate one of the best loved public artworks of recent years, Christo and Jeanne-Claude’s London Mastaba, on their mobile phones. The launch of The London Mastaba AR (Hyde Park) (2020) brings this iconic sculpture back to the Serpentine via the free Acute Art app.

Christo (1935–2020) and Jeanne-Claude (1935–2009) are among the world’s most celebrated artists, known for their ambitious, large-scale works of art that have altered both the physical form and visual appearance of sites for a short period of time, before returning environments to their original states. The London Mastaba AR (Hyde Park) will be an exact virtual replica of the physical sculpture installed in 2018. It is best experienced from the North bank of the lake, opposite the Serpentine lido. The London Mastaba, Serpentine Lake, Hyde Park, 2016-2018, a temporary sculpture made of colourful stacked barrels, was the artists’ first major public work in the UK. The London Mastaba AR (Hyde Park) will evoke the memory of the sculpture, which floated on the Serpentine lake for just over three months in 2018 and was accompanied by an exhibition of the artists’ work at the Serpentine Galleries, supported by Bloomberg Philanthropies. Planned before Christo’s death in May 2020, this is an opportunity to share the last public work realised in Christo’s lifetime with a global audience and celebrate the memory of his and Jeanne-Claude’s visionary projects.

‘Christo and Jeanne-Claude were truly extraordinary artists. Art for them was not a profession but their existence. Christo and Jeanne-Claude’s genius exists in the transfer between the irrepressible ephemerality of their work and the indelible memories each project produced in everyone who experienced them. It is an honor to present this project as an everlasting, virtual translation of their otherworldly vision.’

The translation of the Mastaba into Augmented Reality gives audiences a chance to play at being the artist, placing the sculpture within the landscapes of Kensington Gardens and beyond. The Augmented Reality Mastaba in Kensington Gardens joins Jakob Kudsk Steensen’s The Deep Listener (2019), an ecological trail in Augmented Reality through the Park; both works offer audiences a way to engage differently with their surroundings, whether natural or man-made. The London Mastaba AR (Hyde Park) (2020) is an exact virtual replica of the physical sculpture installed in 2018. Accessible via the free Acute Art app, viewers are able to explore a virtual version of the installation through their mobile phones when they visit The Serpentine Lake. In addition to the site specific AR work, Acute Art will also develop a version that users can place at home or wherever they are, The London Mastaba AR (2020). Viewers will be able to place and interact with the piece without travelling to Hyde Park, allowing the project to reach a truly global and diverse audience.

The London Mastaba on the Serpentine lake from June 19th to September 9th, 2018 was inspired by ancient mastabas – benches with two vertical sides, two slanted sides and a flat top – which originate from the first urban civilisations of Mesopotamia. It consisted of 7,506 horizontally stacked barrels on a floating platform, 20m in height, 30m wide x 40m long. The sides of the barrels, visible on the top and on the two slanted walls of the sculpture, were red and white. The ends of the barrels, visible on the two vertical walls, were blue, mauve and a different hue of red. The sculpture’s total weight was 600 metric tonnes and its footprint took up approximately 1% of the total surface area of the lake.

This AR project is the latest in a series of collaborations between Acute Art and the Serpentine Galleries, which include a Virtual Reality version of the Mastaba in 2018 and a remarkable new VR experience by Cao Fei, The Eternal Wave, part of her exhibition Blueprints which reopens on 4 August 2020. In response to restrictions necessitated by COVID-19, Acute Art has also developed an Augmented Reality version of the kitchen space in which The Eternal Wave begins. This new artwork, visible through visitors’ smartphones, represents the second chapter in Cao Fei’s recent exploration of virtual possibilities. 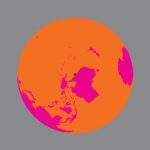 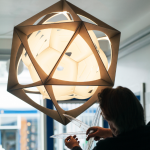 Earth perspectives, a new participatory artwork by Olafur Eliasson, will be launched on Earth Day on Wednesday 22nd April 2020 as part of Back to Earth, a new, multi year project by the Serpentine Galleries 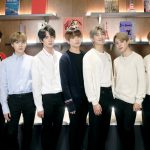 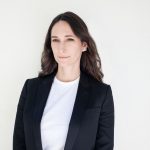 Bettina Korek, who currently runs Frieze L.A. will start work as the new CEO of Serpentine Galleries in March and team up with the gallery’s artistic director Hans Ulrich Obrist in time for next year’s 50th anniversary.