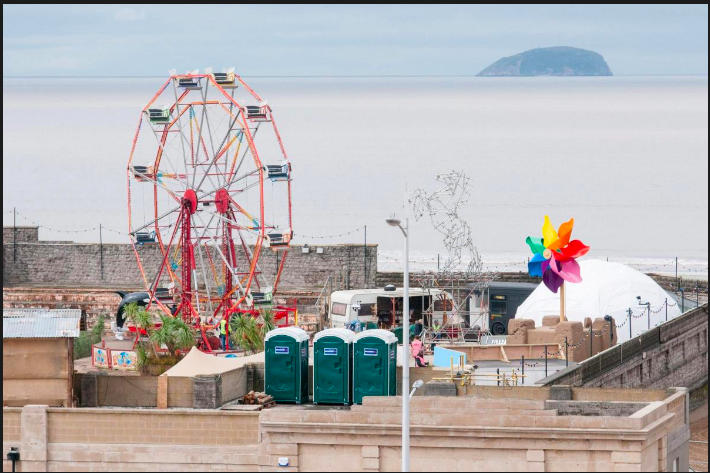 The 23ft tall Banksy artwork which was part of his famous Dismaland project is to get a permanent home in the seaside town where it appeared. The giant pinwheel was given to Weston-super-Mare in Somerset by the Banksy after the ‘bemusement park’ event finished in 2015. It has been in storage since but, after discussions between Banksy’s people and the local council, is now set to be positioned in the town centre.

Dismaland was set up as a temporary exhibition five years ago.
More than 150,000 visited the pop-up theme park with a twist over its five-week run — pumping an estimated £20million into the local economy.

‘We have now got agreement with the Banksy organisation where the pinwheel can go. It will be in the centre of town. We’re currently dealing with the engineering aspects — it has to be well fitted to the ground. Someone might take a shine to the pinwheel, it’s a Banksy piece of art.‘It’s going to be in the centre of town. We’re looking at the other opportunities around that location.It’s something that will be happening soon. The lockdown has made it difficult to do the work.’