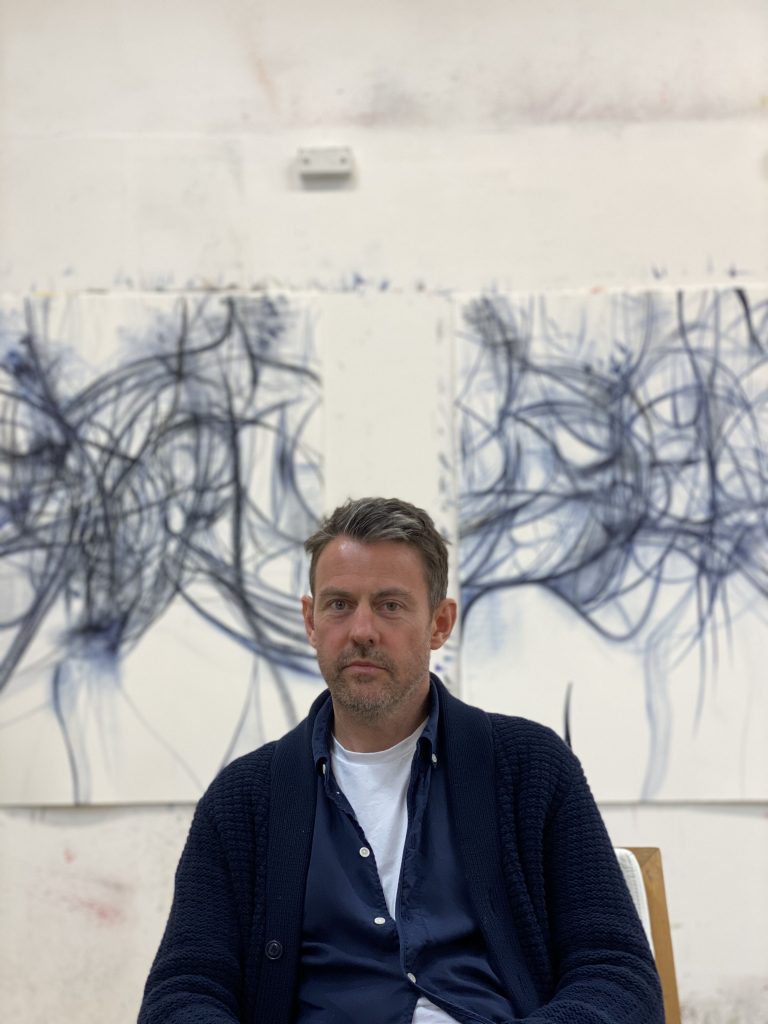 Pace Gallery present Nigel Cooke: Midnights, a solo exhibition of six new works on paper that further explore the artist’s recent shift to abstraction and reflect his practice during quarantine over the past months. Cooke began making these new, large-scale drawings, composed with dark hues of blue and black, after twilight while in isolation at his studio in Canterbury, UK this March and April. As an artist, Cooke shares that he is “naturally self-isolating,” but has taken this extra step of working in the night to “fall out of step with the schedule of the local world one extra degree,” a state which “feels more recognizable as the usual conditions for art making.” The artist notes that creating at night allows for “a space for deeper thought” and the works in this series “celebrate the peaceful unity of the night, the precious value isolation holds for creative expression.” This new body of work will be unveiled on Pace’s online platform on May 15 and will remain on view through June 2, 2020. All proceeds from the first sale will be donated to the NHS Charities Together, to benefit patients and healthcare workers affected by COVID-19. 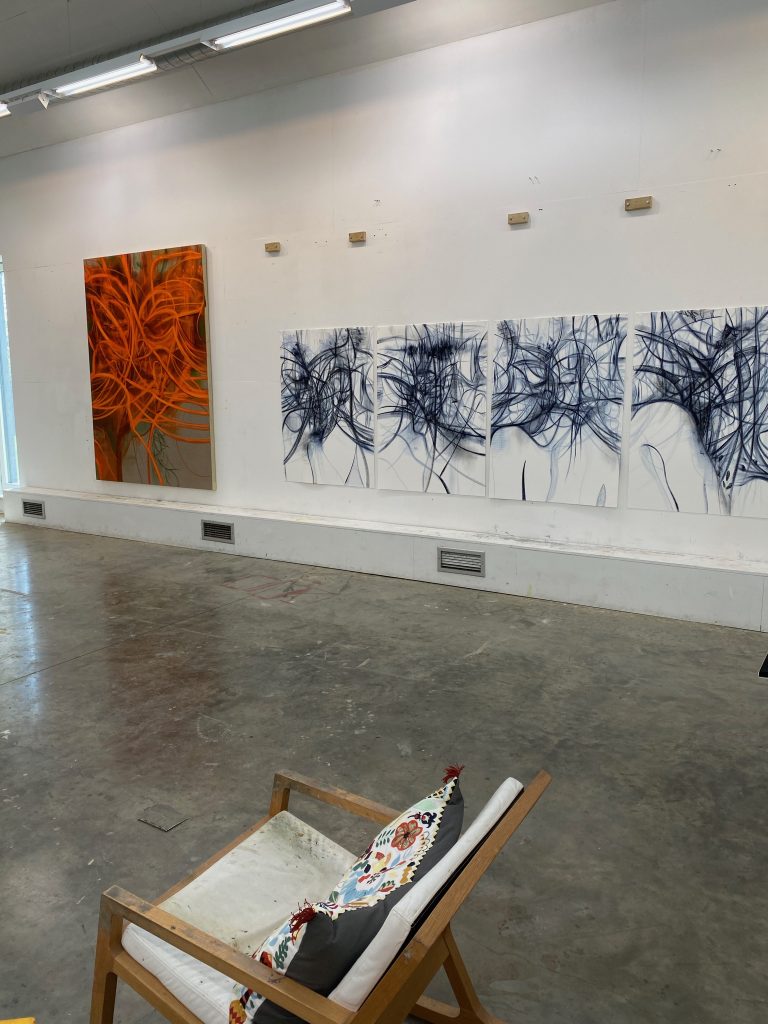 Midnights builds on the new body of work first unveiled in Cooke’s recent solo exhibition at Pace Gallery in New York in January 2020, which marked a radical change in the artist’s direction toward a more performative, energetic, and abstract approach to figuration. Over his twenty-year career, Cooke has used ambiguity and fragmentation as strategies in his painting, collapsing the distinction between genres such as abstraction, figuration, landscape, and still life. As the writer Dan Fox notes about the artist’s recent shift to abstraction in his essay Past Imperfect: “Time is an important element in Cooke’s new paintings. But instead of covering up his workings and roughed-out figures in layers of finish, as he once did, Cooke shows where his brush has been but decided not to stay. He keeps his mistakes and hesitancies visible as faded or muddied marks. This is a painterly language evolving as it is being written; past, present, and future tenses acting on each other simultaneously.” 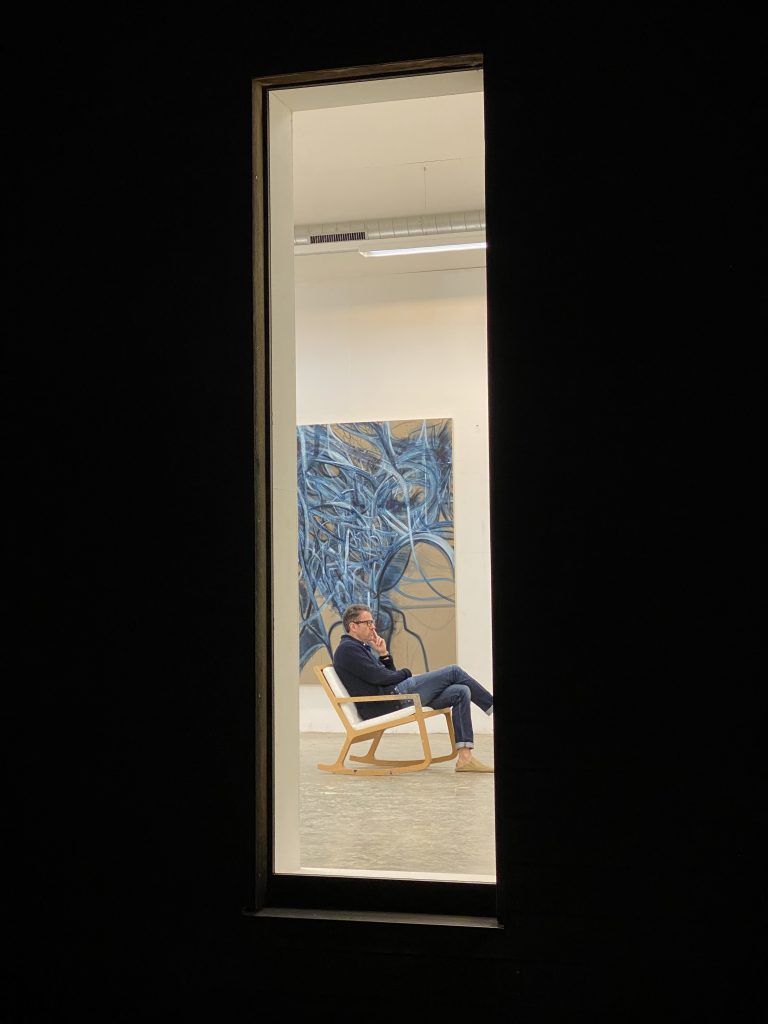 However, unlike the previous works shown in New York that emerged into full bursts of vibrant color, these works differ in that they move from higher color towards darkness. As stated by Cooke: “Midnight blue has become the core dark light of these new paintings on paper, weaving together an acceptance of what is, and a hope for what might come in a single unbroken gesture. It speaks to me of the darkest point before the return of the light. Made after twilight, these works are in a sense an inversion of the previous way of working, the same approach flipped for a parallel but unfamiliar moment.” 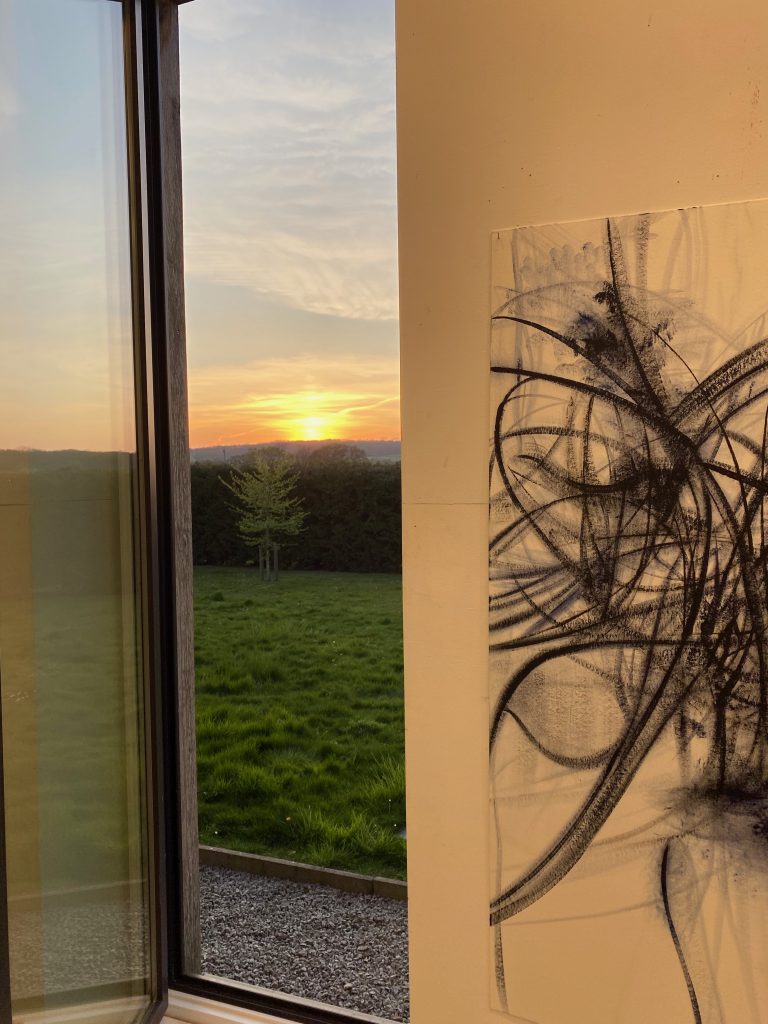 Alongside each new drawing, the online exhibition presents source materials rich with context, taking the viewer into the artist’s studio in the countryside and providing a rare glimpse into this unique moment of nocturnal creation. While this new series stemmed from the isolation of quarantine necessitated by the global health emergency, a guiding force for Cooke, as he says, “is to continue exploring my visual language, find new twists and turns within it maybe, but essentially connect with its energy and life force to keep myself going, stay in touch with the sustaining magic of the process of painting.” In this current climate of uncertainty, Cooke’s drawings suggest an optimistic approach to the future through the power of creativity.

Midnights marks the second exhibition in Pace’s second online exhibition series, which features five monographic shows spotlighting contemporary artists from the gallery’s roster, presented online throughout May and June. The series debuted with an exhibition of six new paintings by the artist William Monk, similarly made during lockdown in London. The exhibitions to follow include a presentation of new pastel works created by Loie Hollowell during this period of isolation at her home in Brooklyn, which will also be unveiled for the first time as part of Pace’s online program. Additionally, exhibitions by Milan-based artist Nathalie du Pasquier and Beijing-based Yin Xiuzhen will feature recent works by each of the artists, representing a global perspective at this time of challenges shared across the world. 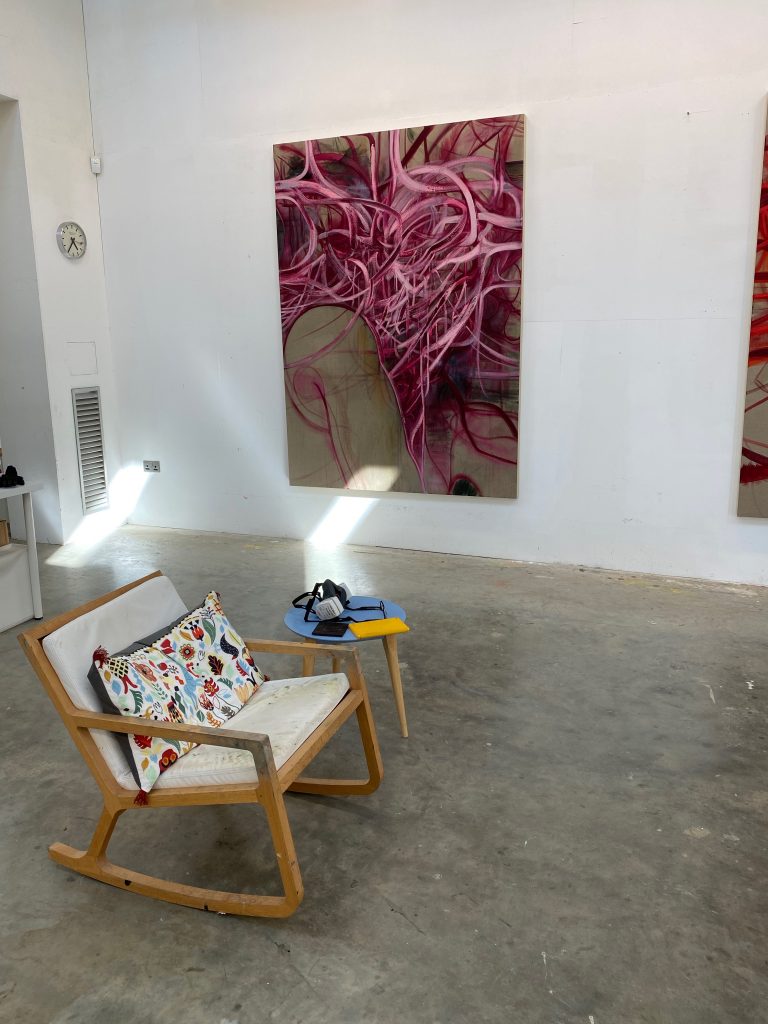 About The Artist
Nigel Cooke (b. 1973, Manchester, United Kingdom) is known for evocative works that merge the painted forms of constructed and natural worlds with individual consciousness. Combining representation based on careful observation and impressionistic, poetic imagery, the hallucinatory realms of his paintings stage scenes full of pictorial and conceptual discontinuities. Cooke’s richly colorful compositions collapse distinctions between abstraction, figuration, landscape, and still life. In his visually detailed and symbolically complex works, figures are not individual portraits but composites—combinations of perception, invention, and allusion.
Pace is a leading contemporary art gallery representing many of the most significant international artists and estates of the twentieth and twenty-first centuries.
Under the leadership of President and CEO Marc Glimcher, Pace is a vital force within the art world and plays a critical role in shaping the history, creation, and engagement with modern and contemporary art. Since its founding by Arne Glimcher in 1960, Pace has developed a distinguished legacy for vibrant and dedicated relationships with renowned artists. As the gallery approaches the start of its seventh decade, Pace’s mission continues to be inspired by a drive to support the world’s most influential and innovative artists and to share their visionary work with people around the world.
Pace advances this mission through its dynamic global program, comprising ambitious exhibitions, artist projects, public installations, institutional collaborations, performances and interdisciplinary projects through Pace Live, and curatorial research and writing. Today, Pace has seven locations worldwide: two galleries in New York—including its newly opened headquarters at 540 West 25th Street, and an adjacent 8,000 sq. ft. exhibition space at 510 West 25th Street—as well as galleries in Palo Alto, London, Geneva, Hong Kong, and Seoul.

Second Nature an exhibition of new paintings by Chloe Wise