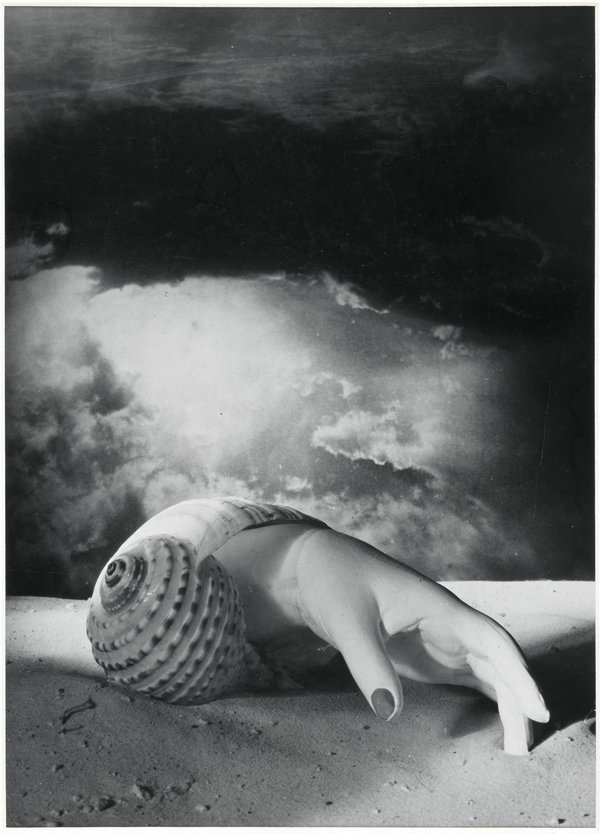 Dora Maar’s shadow-filled photographs are suffused with a palpable surrealist atmosphere. Long shadows, mirrors and strange angles creates an air of mystery. As one looks at her images for a shampoo company, one is constantly forced to re-evaluate what one is seeing: The shampoo frothing out of a bottle upon closer inspection appears to be lathered hair. Maar expertly arranged real objects into positions that question our sense of perception and notion of reality.

During a visit to Maar’s current retrospective at Tate Modern, London, I couldn’t help but notice the reoccurring presence of large mirror-like rings adorning Maar’s fingers in her black-and-white portraits. They act like props which tip a seemingly ordinary portrait from being a matter-of-fact record of the sitter into a surrealist artwork filled with double images and symbolism.

Producing a series of fashion photographs in 1930s Paris, Maar could not have been oblivious to the effects as of high fashion and her choice of bold jewellery indicates a woman of strong tastes.

This is clearly visible in three portraits of Maar displayed in the first room of the Tate’s current retrospective. Taken by her contemporaries, Rogi Andre, and Irving Penn, the images show Maar draped elegantly over stiffly upholstered chairs. Her dark eyes, beneath arched brows, stare sidelong over the viewer’s shoulder, presumably where the photographer stood. In al three her hands are adorned with large rings.

In Rogi Andre’s portrait from 1940 Maar’s hand is adorned with one such ring. Her characteristic sidelong gaze gives an intimate tone, yet Maar is undeniably posing. As in all three pictures her hands, with fingernails beautifully painted, are held still and straight. In Iring Penn’s 1948 close-up, Maar’s hand rests against her cheek displaying an enormous gemstone ring sitting upon her finger. This raised hand offers little support for her head, instead, it functions to display her ring. The ring is positioned in the centre of the composition, catching the light and focusing the viewer’s eye before moving on to Maar’s face behind. Far from hiding behind her heavily adorned hands, these images depict Maar as an elegant and self-possessed woman. Her bold choice of jewels, prominently displayed on her hands only amplifies her image as a great independent 20th-century photographer. 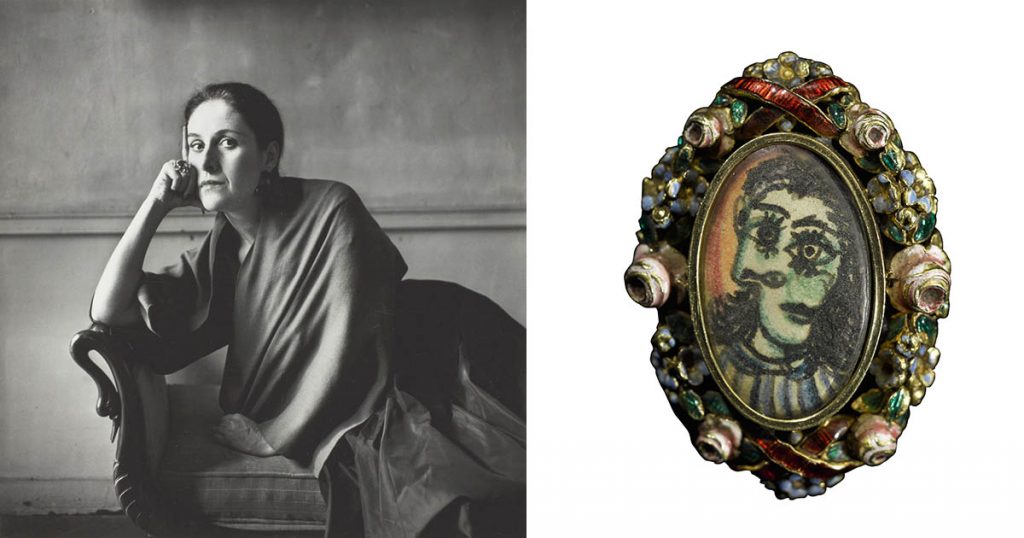 Maar’s love of rings is highlighted in an anecdote recorded in ‘Picasso and Dora: A Personal Memoir (New York, 1993, p.215) by James Lord. During an evening walk along the Seine, Picasso remonstrated Maar for encouraging him to exchange one of his pictures for a ‘bauble’. The bauble in question was gold ring set with a large cabochon ruby.

In place of the ruby Maar threw away in her impassioned rage, Picasso inserted a small miniature of Maar, painted in his now-iconic cubist style, into an ornate enamel ring. This ring remained in Maar’s personal collection until her death in 1997. 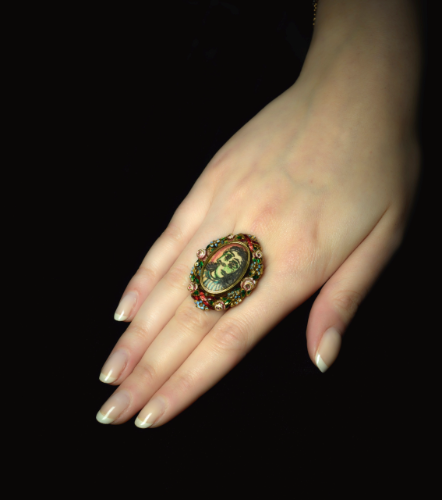 The ‘bauble’ anecdote, along with the presence of the large rings adorning Maar’s hands, suggest the artist’s passion for jewellery and hints at her strong sense of individuality. I invite you too spot Maar’s rings on a visit to Tate Modern’s current retrospective of an artist with a palpably pioneering personality and keen sense of style.