The sale marks the end of the brand’s century of independence. The CEO of LVMH, Bernard Arnault has said of the companies new acquisition, “We will be proud to have Tiffany sit along side our iconic brands and look forward to ensuring that Tiffany continues to thrive for centuries to come”.

Founded in 1837 by Charles Lewis Tiffany, the brand became a household name in the 1961 film adaption of Truman Capote’s novel ‘Breakfast at Tiffany’s.  Audrey Hepburn’s performance as Miss Holly Golightly is iconic. The opening scene of the films shows Hepburn hop out of a cab and begin a nibbling a croissant in a skinny black dress while staring through the glass windows of Tiffany’s. This is the image of the brand that resides in the memories of many today. For Miss Golightly, Tiffany’s silver gleam offered a protective buffer of luxury against the harshness of reality. Miss Golightly reflected dreamily that within the stores hallowed walls “nothing very bad could happen to you”.

Her troubled life seems to melt away before the signature robin’s-egg blue boxes filling the windows of the 5th Avenue flagship store.Tiffany embodied the glamour she longed for. Nothing, except a silver telephone dialler, was for sale under $10. Today, this is still true. The cheapest product available on Tiffany’s online store is a glass tumbler, for £25, that can be engraved.

Although, Miss Golightly’s obsession with Tiffany’s is clear from her conviction that a trip to the store blows away ‘the mean reds’ (a depression worse than the blues) she does not appear in any Tiffany jewellery during the film!

As the film shows, Tiffany’s packaging is timeless and distinctive. Aesthetically Tiffany & Co. are best known for the silvery complexion of their jewellery. Designs repeatedly favoured the luminous quality of silver or platinum over the gaudier sheen of gold. Tiffany and Co.’s jewellery has continued to revolve almost exclusively around diamonds.

The company’s founder Charles Lewis Tiffany was opportunistic in the marketing of his brand. The New York Daily Tribune ran a Page 3 piece, on 13th December 1848, which claimed that Tiffany’s superior quality and quantity of diamonds were a consequence of “extraordinary opportunities of buying in quantities, for cash, during the late revolutions”. As the New York Daily Tribune ad explains, Tiffany seized the political upheaval of the French Revolution in as a brilliant marketing ploy. The New York jewellery house proclaimed itself to be the source of European decadence for American industrialist heiresses. Although, their elaborate diamonds settings played with Native American designs such as Zuni pottery or Navajo basketwork from Arizona.

Tiffany & Co. has continue to merge timeless elegance with an avant-Gard edge. In the 1980’s Tiffany collaborated with jewellery designer, Paloma Picasso, the daughter of the great Pablo Picasso. Paloma’s designs play with high and low culture, as seen strongly in her diamond studded ‘Graffiti’ Collection.

‘DESIGN, CRAFTSMANSHIP, METAlLURGY’ are the standards Tiffany & Co. have promised for over a 180 years. With these three qualities in mind, Tiffany & Co. have moved away from diamonds, to embrace a more utilitarian aesthetic in Tiffany1837 Makers Heritage Edition. The men’s wear collection includes silver dog tag necklaces, cuff links, rings, a bangle and chain bracelets. All of these pieces are rendered in ‘tumbled’ sterling silver and is available at Dover Street Market. The collaboration launched on 26th November 2019: only a day after the brand’s multi-million pound sale to LVMH. It is an exciting taste of the new direction being taken by the brand. 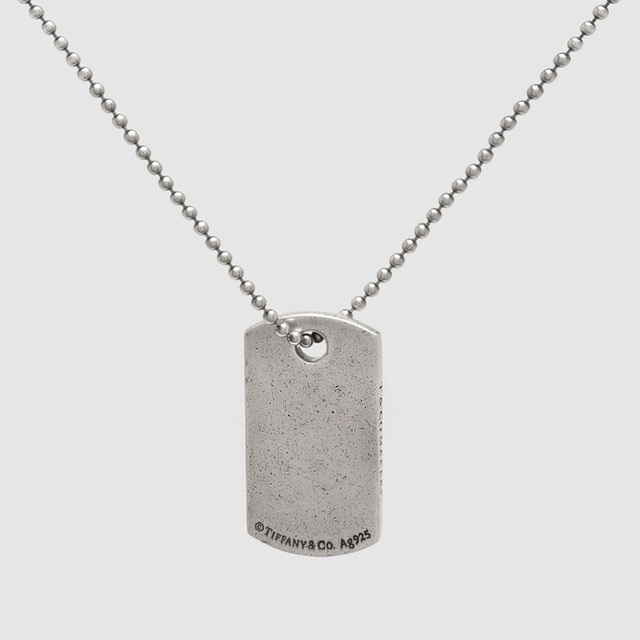 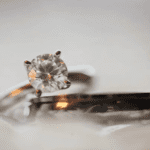 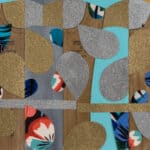