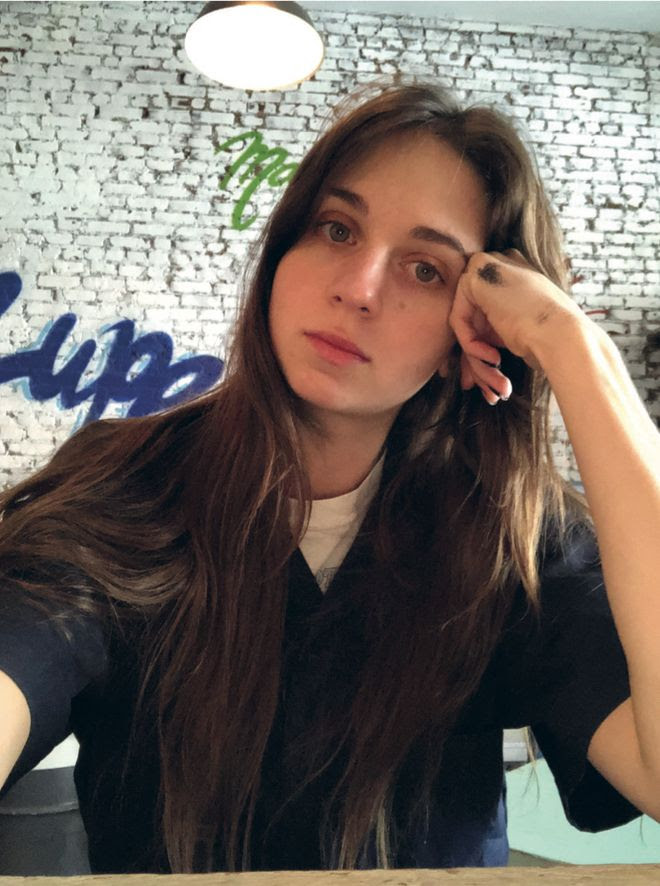 Hauser & Wirth today announced its representation of Avery Singer. Born in New York in 1987, Singer has emerged as a powerful contemporary voice whose work explores the possibilities in the convergence of painting and technology. Her highly distinctive oeuvre incorporates both autobiographical and fictional narratives, reflecting upon the art world today and the wider sweep of art history that she has inherited as a painter. Singer’s pioneering techniques are deployed to question the ways in which images and their distribution in our world, are increasingly informed by new media and technologies.

Singer has developed a highly original visual vocabulary that evokes established traditions of archival documentation, and a preferred iconography that references familiar art historical notions of the artist, the muse, and the ironies suggested by these tropes. At the same time, her dexterous process is highly technologically advanced, yielding completed works characterized by atmospheric spaces conjuring the digital realm.

Singer’s nuanced use of industrial automation and three-dimensional computer modeling, such as SketchUp, Blender, and DAZ 3D, underpins a complex process of layering. She projects imagery onto large-scale canvases and builds the compositions through airbrushed acrylic paint. The resulting works contrast clarity with ambiguity, past with future, and geometric precision with intuitively generated forms. Through these methods, Singer distances the relationship between the subjective experience of the work and the physical brushstroke: as she has said, ‘I’m interested in the ways in which artists have removed the hand from painting using technology.’

Hauser & Wirth’s first project with Singer will be a solo presentation dedicated to a series of the artist’s new works at Frieze L.A. in February 2020.

‘We are honored and delighted to welcome Avery Singer into the gallery’s family. The dynamism, inventiveness, and intellectual rigor of her practice invites us to imagine the future of painting as a medium. Avery is a fearless innovator. But at the same time, she reveres historical trajectories and works from a deep knowledge of art history. As an artist who is actively seeking to ‘connect the dots’ between the past and the future, and to forge original approaches to a traditional realm, Avery shares the values and goals that fuel the work of so many of our artists – and of Hauser & Wirth itself. We look forward to working closely with her and to sharing her vision and talent with wide and diverse international audiences.’

In a statement, Avery Singer wrote:

‘The painting of Philip Guston has always had a special place in my heart. My father worked as a projectionist in the Audiovisual Department at The Museum of Modern Art for several decades. When I was a child, this meant ‘take your daughter to work day’ involved arriving at the museum before opening hours, and walking through the galleries with him so he could turn on VHS players in kiosks for the display of video art pieces. Often, we would detour through the empty galleries to have the opportunity to admire his favorite paintings in the collection. One of these is Philip Guston’s ‘Cherries’ from 1976. I spent many hours in front of this painting, learning about my father’s deep appreciation for it and its importance in art history. I had the same experience with Louise Bourgeois, and my mother’s profound personal connection with her radically definitive oeuvre. Lee Lozano, Jack Whitten, Eva Hesse, Arshile Gorky, Mary Heilmann, and Mike Kelley are just some of the other artists represented by Hauser & Wirth whose work I encountered growing up at MoMA. For me, Hauser & Wirth offers the unparalleled context of an established, artist-driven, and historically-focused gallery. I immediately felt a deep sense of integrity and dedication to artists and their vision, upon meeting Marc, Manuela, and Iwan. As an artist, I need a gallery collaboration that is deeply committed to supporting a long trajectory of experimentation and innovation that I will pursue over the course of my career and my life. I am delighted to join Hauser & Wirth.’

Hauser & Wirth’s representation of Singer is worldwide in collaboration with Gallery Kraupa-Tuskany Zeidler in Berlin.

About the Artist
Avery Singer (b.1987) was born and raised in New York. Her parents, the artists Janet Kusmierski and Greg Singer, named her after Milton Avery. Growing up in a creative community, Singer experimented with photography, film, and drawing, but in those years never considered working with paint. In 2008, Singer studied at the Stadelschule, Frankfurt am Main, and in 2010, she received her B.F.A. from Cooper Union, New York. During her studies, Singer engaged in performance art, video making, as well as sculpture utilizing carpentry, metal casting, and welding. After graduation, she discovered her chosen art form from an unanticipated experiment with SketchUp, a program used by her peers to design exhibition spaces, and airbrushed a black-and-white painting based on a digital illustration. Since then, Singer has employed the binary language of computer programs and industrial materials in order to remove the trace of the artist’s hand while engaging the tradition of painting and the legacy of Modernism.

Singer’s earliest works dramatize her subject matter and parodies the life of an artist. In her first solo exhibition at Kraupa-Tuskany Zeidler, Berlin in 2013, aptly titled ‘The Artists,’ Singer explored stereotypes of how artists live, work, and socialize. From a fake press release staged in the exhibition as a part of a larger series entitled ‘Press Release Me,’ Singer mocks the production of sanctioned artistic language, as well as the artist as a social being. Focusing on tired tropes surrounding the myths of artistic bravado, inebriation, and narcissism, the text ‘Cologne Painter’ satirically commemorates the fantasy of a non-existent art scene.

The paintings in the show depict other typified art-world scenarios, including a meeting with collectors in ‘Jewish Artist and Patron’ (2012), the ritual of a studio visit in ‘The Studio Visit’ (2012), and nostalgic moments from the 1960s avant-garde in ‘Happening’ (2014). In these works, Singer’s subjects place the distance between fantasies of the artistic life and the realities of it, at the forefront of her expression. Her formal practice incorporates figures depicted in constructivist-like forms, which convey their expressions through exaggerated poses and dramatically tousled hair. Rendered in grisaille and full of symbolic imagery, Singer’s paintings nod to past art historical movements such as Constructivism, Futurism, and Cubism.

In ‘Sad Woman Projecting Libidinal Thoughts’ (2014), a reclining female nude is constructed from at planes of geometric data. Idealized throughout the canon as sensual and utopic, the fantasizing woman here is despondent: she sits in the shadows, her hair falls in front of her face, and her legs are akimbo, drawing attention to her sexual anatomy. This female figure is reworked in the painting, ‘Untitled (Monday)’ (2017), where more abstract shapes and shadows further push Singer’s ‘sitter’ away from realism, toward the expression of computer programming software. The blue and green cubes act as polygonal mesh, giving shape and contour to the character on display. In a commission for Museum Ludwig in 2019, Singer created the seven-panel painting, ‘Untitled’ (2019), that evokes the feeling of a three-dimensional Cartesian world on a two-dimensional canvas.

Through the use of new technologies to depict past art historical references, Singer pushes past the limitations of painting. Her first self-portrait, ‘Self Portrait (Summer 2018)’ (2018), exhibited at the 2019 Venice Biennale, incorporated a new process with liquid rubber, spray bottles, and watered-down white paint to achieve the reproduction of foggy glass. The resulting image is a self-portrait in the shower, a subject similar to the classical genre of Venus or bathers, complicated by the light that passes through air, water, and glass. Singer is successful in her experiments to redevelop the future of painting, employing virtual fictional characters and symbols taken out of art history or the current art world, to turn the expected on its head. Often reimagining the subject of painting and image-making as the subject itself, by disengaging with romanticized views, Singer creates her own way of seeing. @thoughtsondeck