Southbank Centre today announces that the next curator and headliner of its award-winning Meltdown festival, the longest-running artist-curated festival in the world, will be the international icon of music, fashion, art and film, and inimitable singer, songwriter, producer and performer, Grace Jones.

From 12-21 June 2020, Jones will take over the UK’s largest arts centre with her defiantly unique creative vision and a ten day playbook of her creation. At her invitation, global names and new talent, artists who inspire and have been inspired by her, and special one-off collaborations will take to the world-class stages of Royal Festival Hall, Queen Elizabeth Hall and Purcell Room, and the remainder of Southbank Centre’s 17-acre cultural quarter on the banks of the River Thames.

Grace Jones is one of the most recognised figures of contemporary culture with an influence spanning genres and generations. After taking the world by storm as one of the first black supermodels, Jones signed to Island Records in 1977 and with her first few singles – and mould-breaking fashion – became a star of New York City’s Studio 54-centered disco scene. The 1980s saw her move to a new-wave hybrid of reggae, funk, pop and rock, as she worked with superstar producers such as Trevor Horn and Nile Rodgers and released a string of internationally acclaimed and enduring albums including Warm Leatherette (1980), Nightclubbing (1981), and Slave to the Rhythm (1985). The decade also saw her big-screen takeover with leading roles in hit movies such as Conan the Destroyer (1984), A View to a Kill (1985), and Vamp (1986).

Her bold, androgynous image defined the visual landscape of the 1970s and 1980s making her a muse to the most exciting artists and designers of the era from Issey Miyake and Thierry Mugler to Andy Warhol, Basquiat and long-time collaborator Jean-Paul Goude. Through her enduring influence on countless artists from Björk to Lady Gaga, and with her status quo-defying attitude, her legacy is one of fierce individuality and fearless self-expression. She continues to perform globally, captivating audiences with her musicianship, extravagant outfits and wild performances.

Jones joins a roll-call of world-changing artists to head up the festival, including David Bowie, Yoko Ono, Patti Smith, Nick Cave, Lee Scratch Perry, M.I.A, and Robert Smith, and takes the baton from her former collaborator Nile Rodgers, who delivered the most critically acclaimed Meltdown to date in 2019.

She returns to Meltdown having previously performed in one of the most legendary examples of the festival’s reputation for staging once-in-a-lifetime musical experiences: in 2007 she completed an all-star line-up of Nick Cave, Shane MacGowan, Pete Doherty and Jarvis Cocker to sing Disney songs under Cocker’s curation. She returned the following year for her own two-hour Royal Festival Hall set at Massive Attack’s Meltdown.

Grace Jones said: “I am honoured to be curating next year’s Meltdown festival. Year after year, the festival continues to spread its colourful wings, allowing its curators to bring together an array of diverse talent not seen anywhere else. It’s about time I was asked to curate Meltdown darling, don’t you think?!” 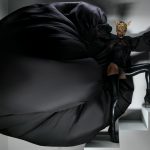 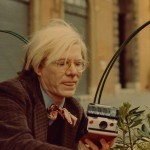 Andy Warhol Polaroids: Hundreds of Polaroids from late 50’s to 1987

“A picture means I know where I was every minute. That’s why I take pictures. It’s a visual diary.” 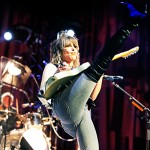