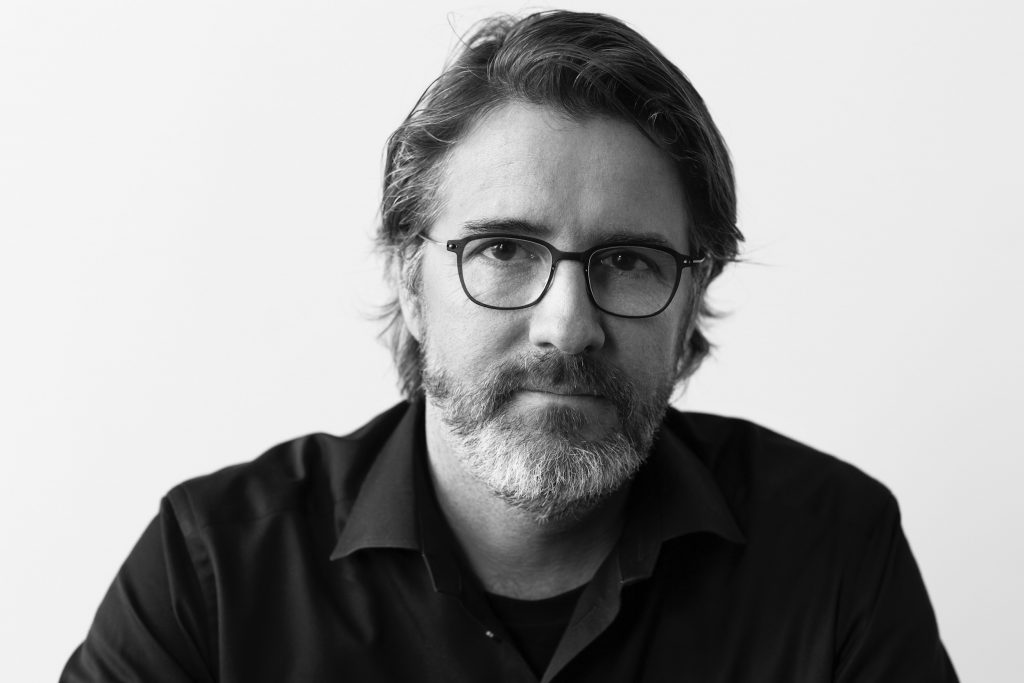 Highly regarded for his artistic work and efforts to advance sustainable development with a focus on renewable energy and climate action, Eliasson will as Goodwill Ambassador advocate for urgent climate action, helping UNDP to raise awareness and mobilize support for the fight against the effects of climate change through projects that promote renewable energy, reduce CO2 emissions and protect our planet for generations to come.

“Life on Earth is about co-existence – among people, non-human animals, ecosystems, and the environment. Co-existence is beautiful and generative, chaotic and challenging. The fact is, we’re in it together. That’s why we all have to take the climate emergency seriously. To respond adequately to the crisis, we – individuals, institutions, businesses, and governments – must trust the science and bring together our knowledge, creativity, and energy,”

said Olafur Eliasson during the appointment ceremony at the Social Good Summit 2019.

“The best roadmap for our activities is the UN’s 17 Sustainable Development Goals. As an artist, I believe that culture offers access to and a felt understanding of the challenges at hand. I am therefore honoured to be named Goodwill Ambassador and to join the United Nations Development Programme in working towards these goals,” 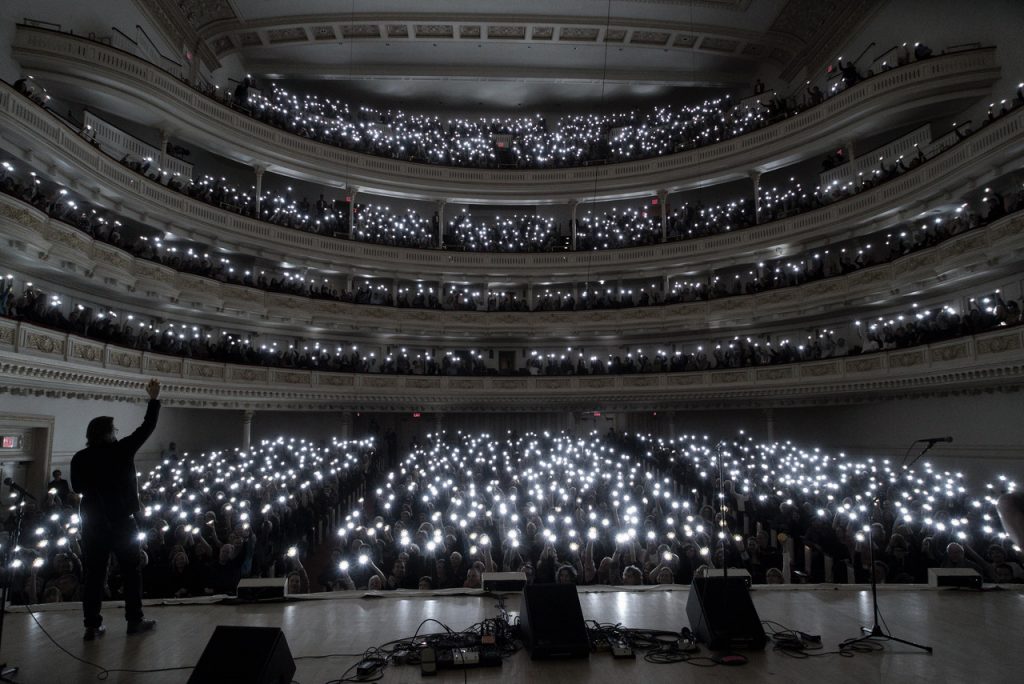 “Throughout his career as an accomplished and globally influential artist, Olafur has shown a strong commitment toward fighting climate change and increasing access to renewable energy,”

“As Goodwill Ambassador, Olafur will bring a new, creative perspective to social and environmental issues facing our world today. He will help shine a light on the underappreciated yet paramount ties between art and renewable energy and climate change, particularly for development.”

Driven by an interest in the way we collectively perceive and co-create our environment through movement and embodied experience, Eliasson has created large installations like The weather project,
an indoor sun shrouded in mist at Tate Modern’s Turbine Hall in 2003, and The New York City Waterfalls, commissioned by Public Art Fund and installed along Manhattan and Brooklyn shorelines in 2008.

In recent years, Eliasson has explored art’s potential for addressing global issues, including those outlined in the Sustainable Development Goals. In 2012, he founded Little Sun, together with engineer Frederik Ottesen, to replace fossil fuel lighting with solar energy in communities living without electricity and to raise awareness of the need to expand energy access to all. 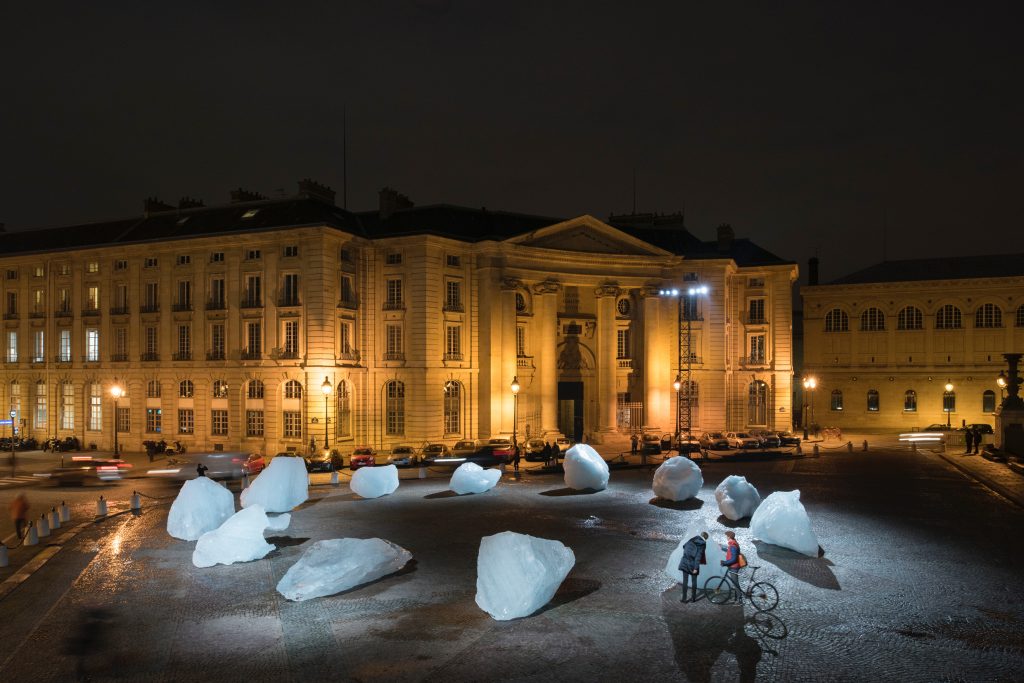 For Ice Watch (2014), Eliasson brought large blocks of glacial ice taken from the sea near Nuuk, Greenland, to the city centers of Copenhagen, 2014; Paris, 2015, on the occasion of the UN Climate Summit (COP21); and most recently, London in 2018. Coming into direct contact with these fragments of the disappearing Greenland ice sheet, passers-by could experience the beauty of the melting ice and feel inspired to take action to tackle climate change.

Most recently, Eliasson has re-photographed glaciers in Iceland that he had previously captured in 1999 for his work The glacier series. This year, the new photographs will be presented together with the old to reveal the dramatic changes that have occurred over the last 20 years in the region because of climate change.

The ability of the UN to address shared global challenges has long held Eliasson’s interest. In 2015 he co-founded the Museum for the United Nations – UN Live, In addition, Eliasson has participated in multiple Sustainable Development Goals and UNDP–related activities and events, such as UNLEASH – SDG Innovation Lab, in Denmark in 2017, together with UNDP Administrator, Achim Steiner.

About
UNDP partners with people at all levels of society to help build nations that can withstand crisis, and drive and sustain the kind of growth that improves the quality of life for everyone. On the ground in nearly 170 countries and territories, we offer global perspective and local insight to help empower lives and build resilient nations. Eliasson joins a roster of UNDP Goodwill Ambassadors, which includes globally celebrated actors, athletes and chefs. Learn more at www.undp.org