It’s Her Factory will be the largest solo exhibition to date by artist, Helen Beard. - FAD Magazine
Skip to content 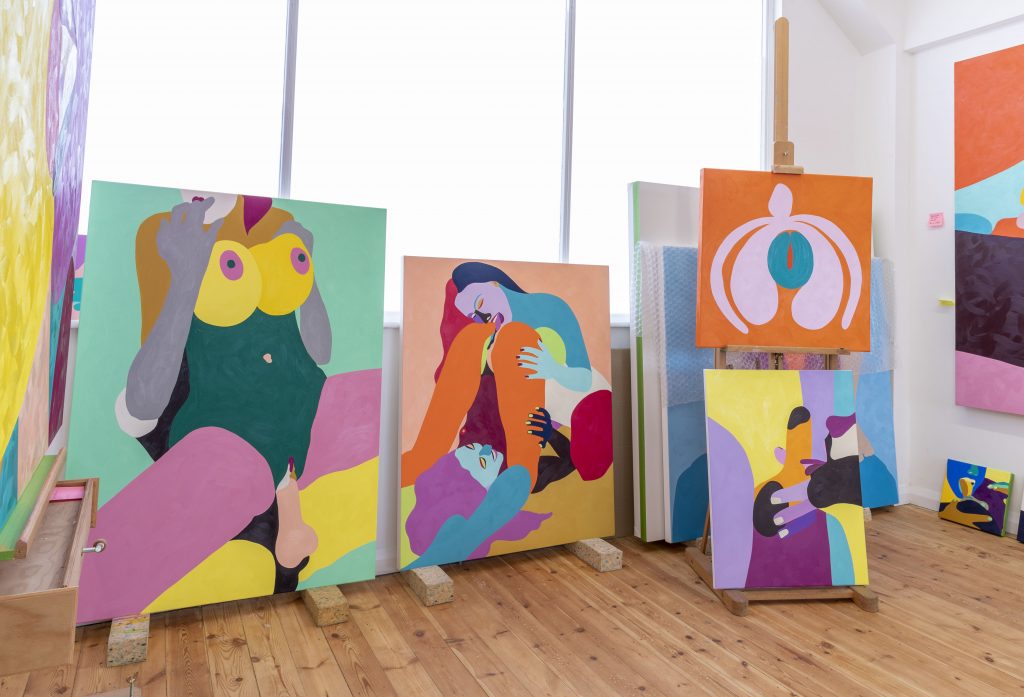 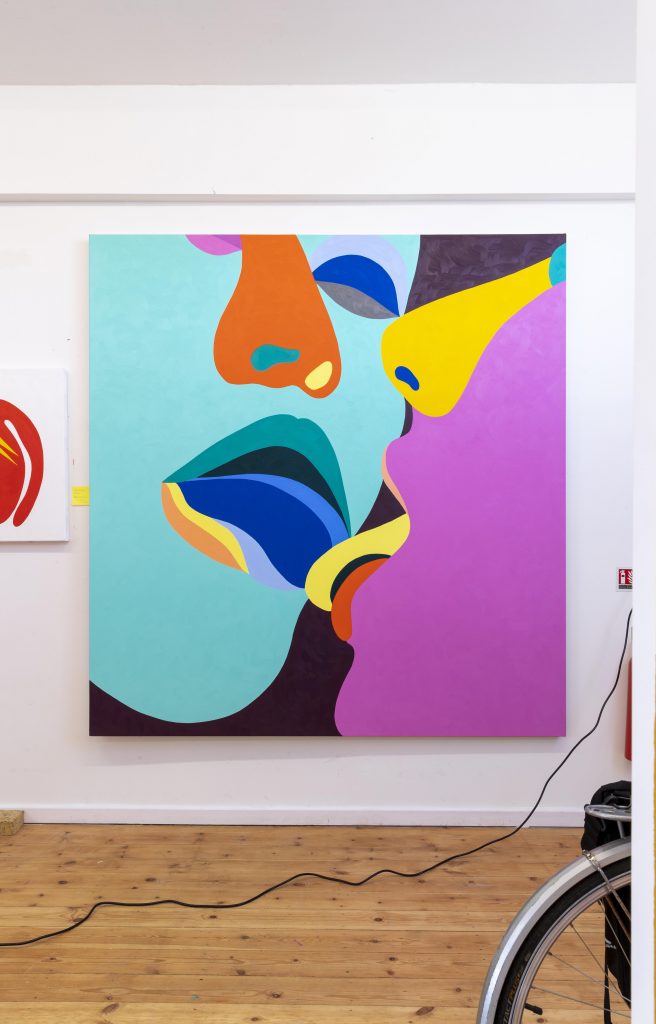 In a world that promotes sexuality and relationships through idealised and arguably unrealistic body expectations, Beard’s kaleidoscopic oil and acrylic paintings reclaim ownership over depictions of the body from the predominantly male gaze. With their graphic depictions of explicit sex acts and entwined bodies, the paintings confront the viewer, forcing the audience to engage with the scenes on the artist’s terms. 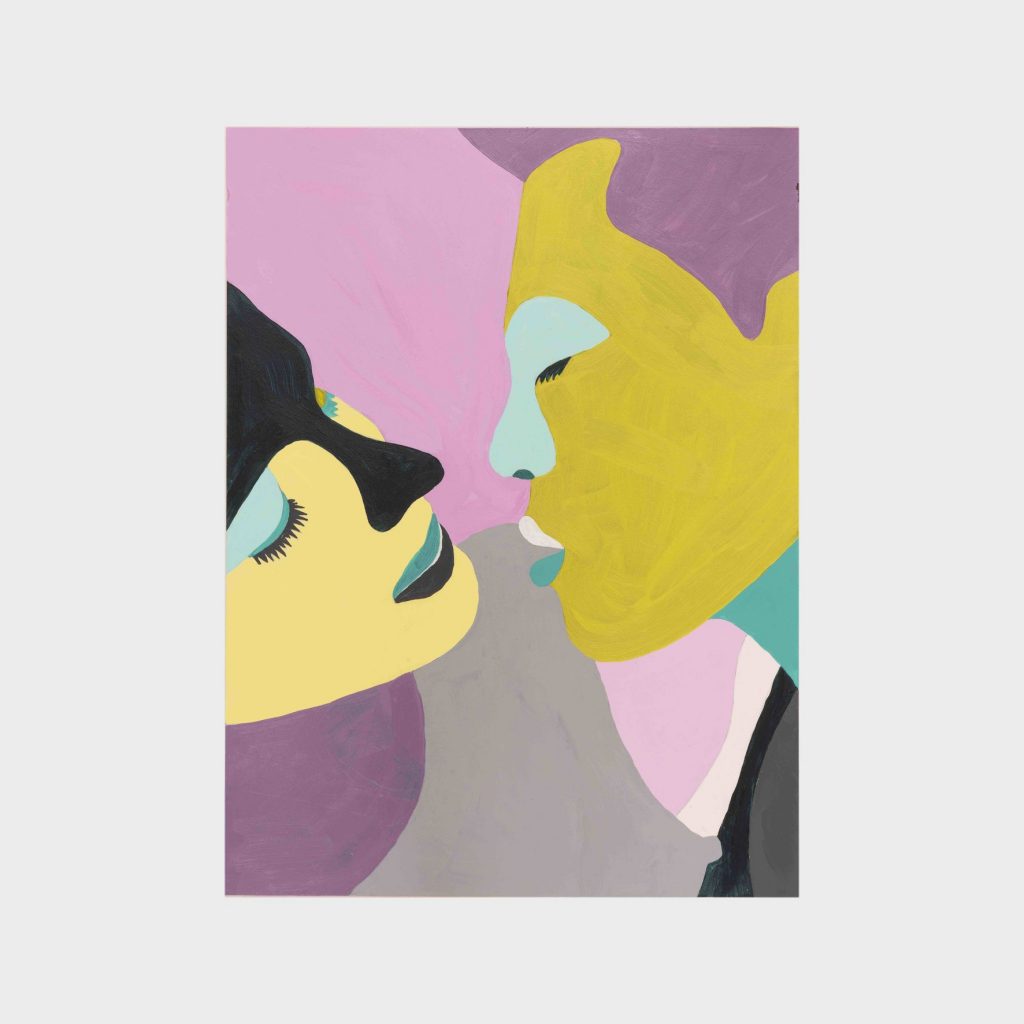 The new works in, It’s Her Factory, focus particularly on female self-pleasure, body positivity and empowerment. In paintings such as The Seducer (2019) and Poetry in Motion (2019), sanitised, chauvinistic representations of lust are replaced by intimate portrayals of the female form.

In recent years, Beard has also expanded her practice to document queer intimacy, ensuring that all types of sexuality and sexual activity, particularly those often censored in the media, are allocated due attention. Beard aims to foster conversations and a sense of openness around our bodies through her practice, emphasising that an individual’s power and authority over their body rests solely in themselves.
The composition of Beard’s imagery, which principally focuses on close crops of the body, draws heavily on the artist’s 15-year career in the film industry. It was during this time that Beard studied the ways cinematographers frame their shots, especially the tight angles and zoomed-in focus they employ to imbue an image with tension and sense of narrative.

Beard’s application of oil paint draws on these feelings of intimacy and desire. Though the canvases appear as blocks of colour from afar, their surfaces are abundant with rich textures that mimic the ripples and suppleness of human flesh. In the artist’s words, it is ‘like fingers stroking the skin’.
The exhibition follows Helen Beard’s inclusion in last year’s critically-acclaimed Unit London group exhibition, 21st Century Women, and True Colours at Damien Hirst’s Newport Street Gallery, where she has also exhibited. 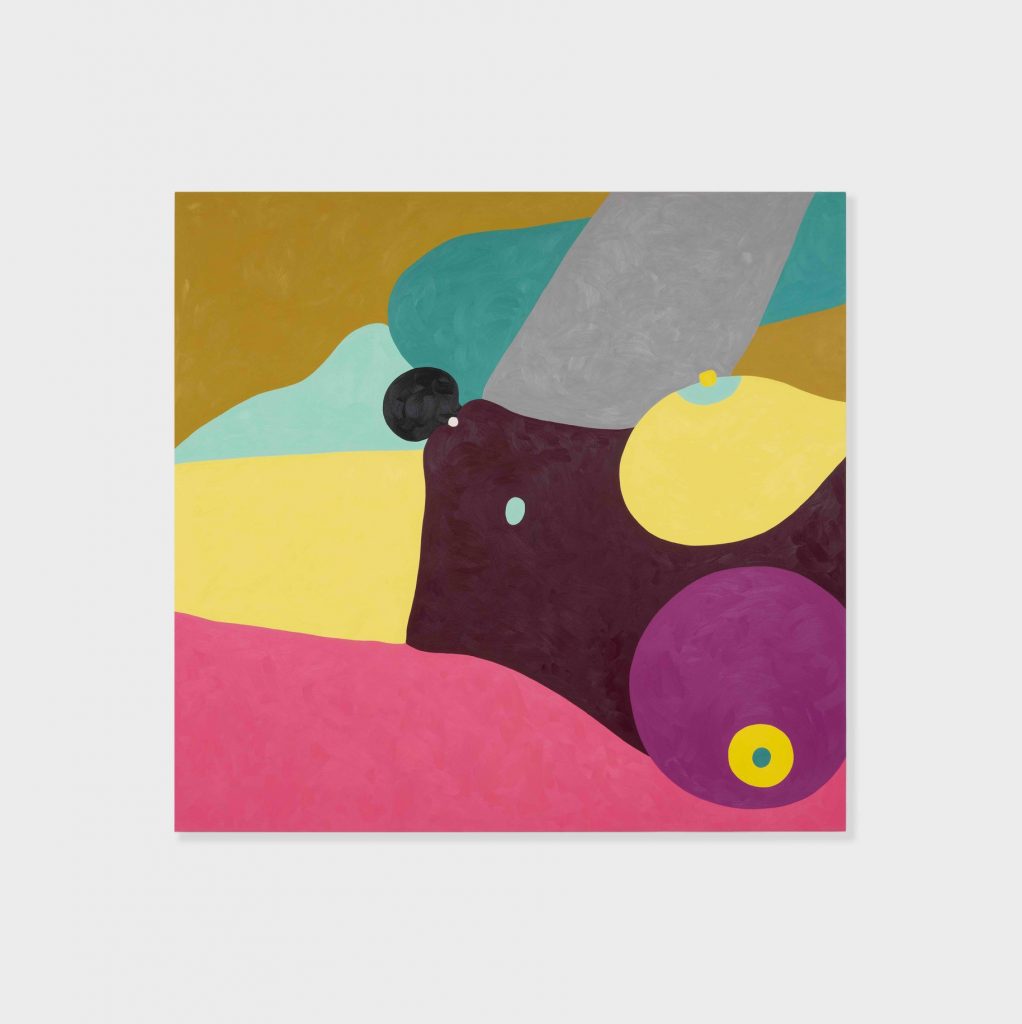 About The Artist
Born in Birmingham in 1971, Helen studied at Bournemouth and Poole College of Art and Design, graduating in 1992. After graduating, Helen worked as a freelance wardrobe stylist and assistant art director in the film industry for 15 years whilst continuing her art practise, working in various mediums including paint, collage and needlepoint. In 2018 she exhibited her works as part of True Colours – an exhibition showcasing the works of three forward-thinking emerging artists hosted at Damien Hirst’s private museum, Newport Street Gallery in South London. She has since exhibited in 21st Century Women, a group exhibition celebrating 18 of the best female artists practising in the UK today, curated by Fru Tholstrup and Jane Neale at Unit London.