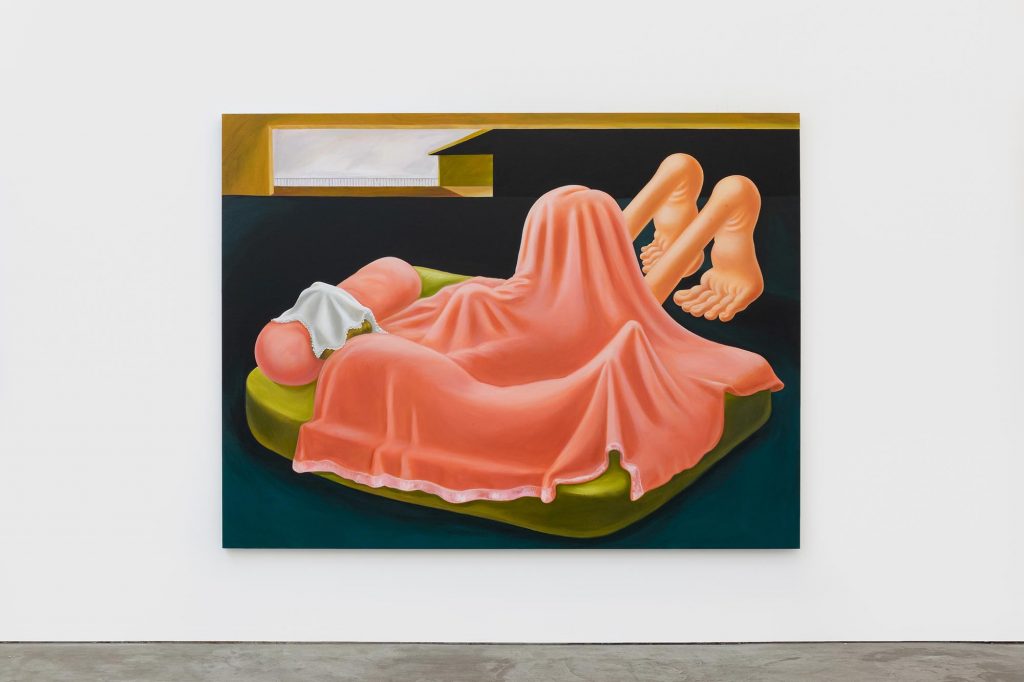 Gagosian is to present Domestic Horror at Park & 75, organized by Bill Powers. The group exhibition will include works by Natalie Ball, Louise Bonnet, Ginny Casey, Genieve Figgis, Ewa Juszkiewicz, Tanya Merrill, Cheikh Ndiaye, Glenn O’Brien with Lucien Smith, Rene Ricard, Pauline Shaw, Vaughn Spann, and Chloe Wise. Here, the word “Domestic” contains a potent double meaning: it is a reminder that in both one’s home life as well as in a larger cultural context and national life, unintended consequences can occur when external pressures meet internalized anxieties. This exhibition, which includes a number of young and emerging artists, probes the tension between civilized order and chaotic disorder.