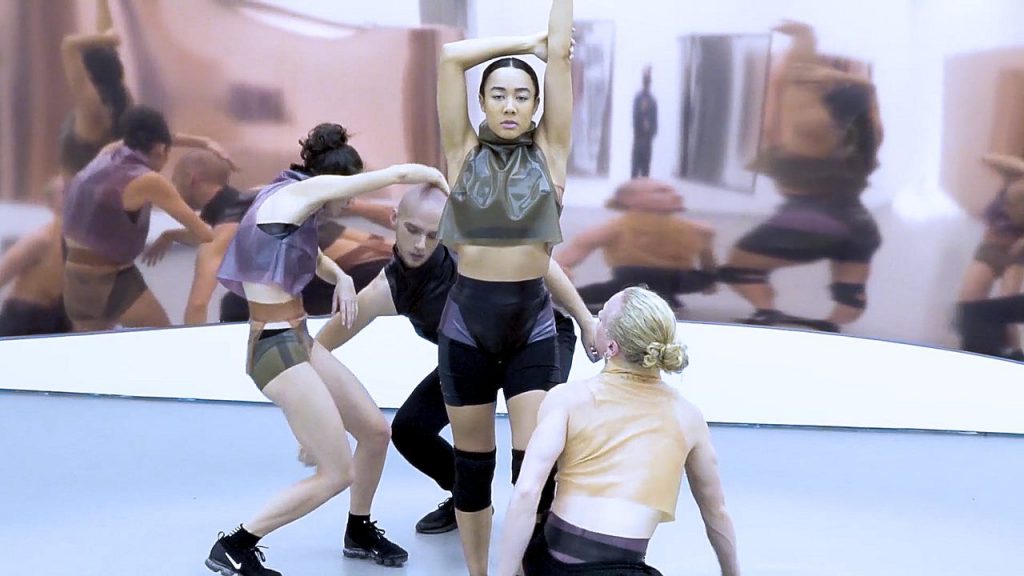 The 12th Edition of DRAF’s Evening of Performances looks to push boundaries through a questioning of the politics of display and censorship. Through spoken word, choreography, music, video and sound-based practices, the programme will highlight the importance of alternative subcultures and London nightlife in finding new forms of resistance and creating spaces for freedom of expression.

The programme will feature major new commissions from Jimmy Robert (FR) questioning the politics of spectatorship and Hannah Perry (UK) exploring the relationship of the body to sculpture, whilst collaborators Haroon Mirza, Jack Jelfs and GAIKA (UK) will present a new iteration of The Wave Epoch, bringing belief systems and club culture together for a performative installation. Touching upon the personal and political, writer and poet Kai-Isaiah Jamal (UK) will perform a new spoken-word piece, whilst Marijke de Roover (BE) shares an excerpt of her new opera with a playful take on hetero-normative love through pop culture. Performance duo FlucT’s (US) highly charged performance will embody imposed systems of power and control.

“We are thrilled to be working with Louise O’Kelly this year on what promises to be a fantastic night. The Evening of Performances is one of DRAF’s flagship events and the 9 artists we have commissioned will be sure to bring the sense of energy and experimentation that the evening has become known for.”

About the artists
Marijke De Roover (1990) is a Belgian artist working with video, text and performance. Her work focuses on the meaning of identities and the performative aspect of their creation, touching upon social and political constructs. She graduated from KASK School of Arts, Ghent, in Belgium (2013) where she was nominated for the Start Point Prize. Among other institutions, De Roover exhibited at BOZAR (Brussels), Mu.ZEE (Ostend), Museum Angewandte Kunst (Frankfurt) and Beursschouwburg (Brussels). In September she will be part of Bergen Assembly, in Norway.

Kai-Isaiah Jamal (1996) is a London born, Leeds-based spoken word poet, performer, writer, model and trans visibility activist. He works alongside institutions and brands to bring a voice to the misrepresented or unrepresented QTIPOC (Queer, Transgender and Intersex People of Colour). Having worked with Tate, Dazed, Vice, ID, BBZ and Stella McCartney, his work disrupts the cis-het normality and aims to diversify the literature sphere with young, working class, queer and trans magic that he wishes he could have had access to growing up.

Haroon Mirza (1977) is a British visual artist creating installations that test the interplay and friction between sound and electromagnetic waves. Mirza devises sculptures, performances and immersive installations. In 2004, he founded hrm199: a collaborative platform where people from a diverse range of disciplines can intertwine their practices. Among other institutions, Mirza has exhibited and performed at the New Museum (New York), the Camden Arts Centre (London) and the 54th Venice Biennale in 2011, where he was awarded the Silver Lion.

Gaika Tavares, better known simply as GAIKA, is a British artist and writer from South London. Drawing strongly from his Brixton upbringing and his Jamaican and Grenadian heritage, Gaika’s grime, dancehall, and R&B-inflected songs push radical political commentary about the racial, economic, and social inequalities in the UK and abroad. Gaika has released two independent mixtapes – Machine and Security – as well as a Warp Records-released EP, Spaghetto and a series of release on his own concept label The Spectacular Empire.

Jack Jelfs (1977) is a British artist whose work combines sculptural, video and text elements with electronics and live performance. His interests include questions about the nature of consciousness, ontology, ritual, divinatory systems and the limits of language. He has released music under various aliases and performed or exhibited at venues including Tate Modern (London), the Barbican (London), Serpentine Gallery (Lon don), FACT (Liverpool) and CCCB (Barcelona).

Jimmy Robert (1975) is a French artist working with diverse media including photography, collages, objects, film and performance art. In previous works, Robert has explored the politics of spectatorship by reworking seminal avant-garde performances in ways that complicate their racial and gendered readings. Among other institutions, Robert’s work has been presented at Tate Britain (London), MoMA (New York), Jeu de Paume (Paris) and Museum of Contemporary Art (Chicago).