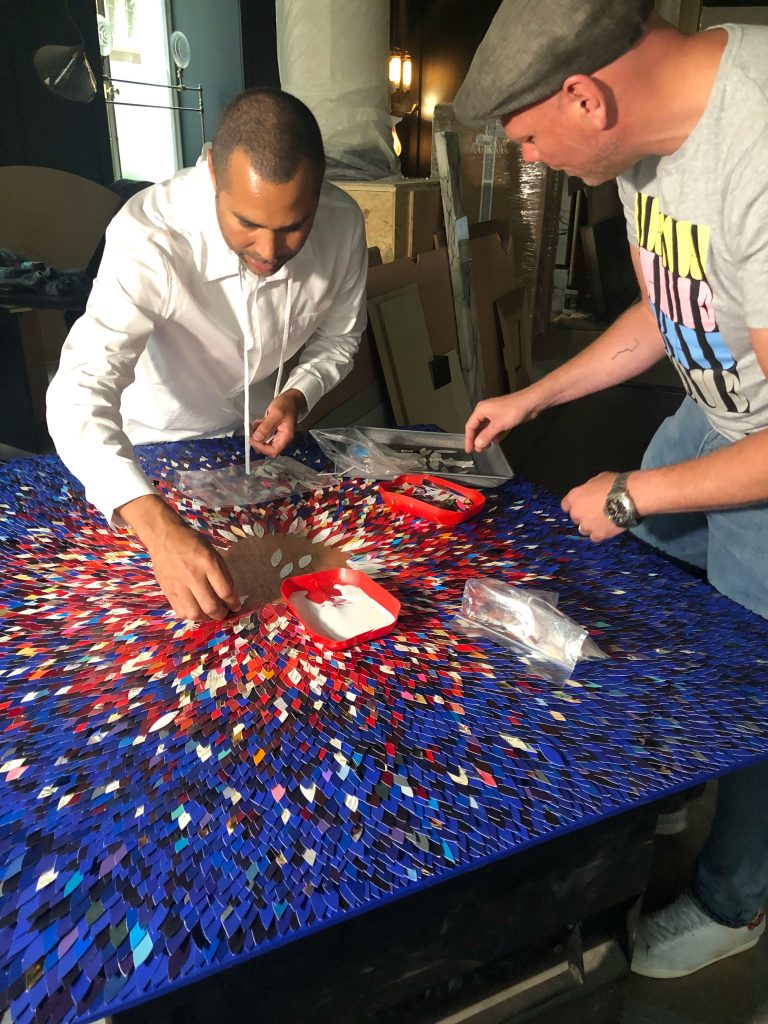 Contemporary mixed media artist, Robi Walters is well known for his collage pieces based on sacred geometry and the shape of the thousand petal lotus. The artworks were created from food menus sent in by foodies from around the world after Tom posted menu requests on social media Tom Kerridge was overwhelmed when he received two sack fulls of post from people around the world recounting their memories from the restaurants. Robi then cut out petals from the menus, along with coloured papers to form the artwork, ‘My Generation – Best of British’ which is on permanent display at Tom’s Kerridge’s Bar & Grill.
Kerridge’s Bar & Grill opened in September 2018 at the Corinthia Hotel, in Knightsbridge, London. 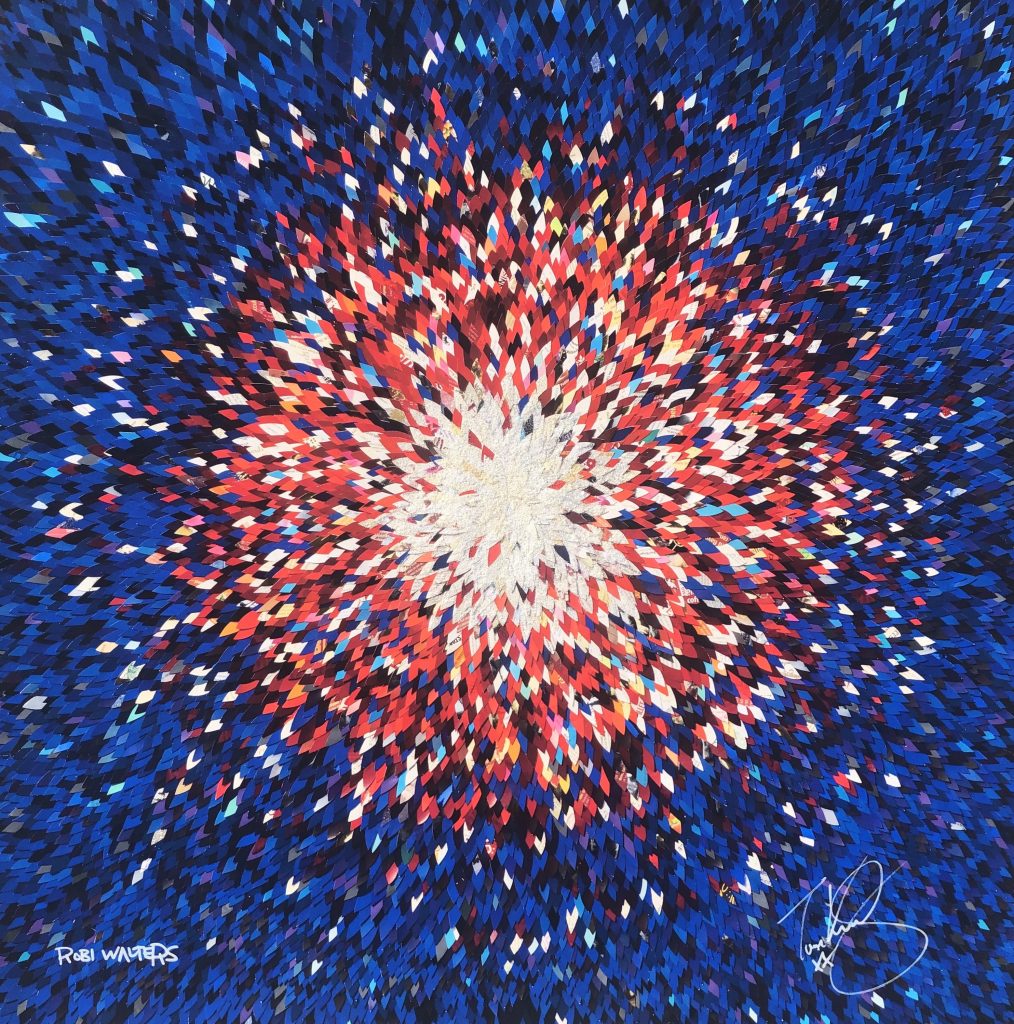 “The amount of care, craftsmanship and love that goes into Tom’s food echoes the process of my art making. My work is all about transforming energy and materials into new and powerful configurations. So when Tom asked me to create pieces using people’s keepsake menus for Kerridge’s Bar & Grill, I was inspired and excited! I love that people are sitting around a table made of others’ food memories and creating new ones of their own.” 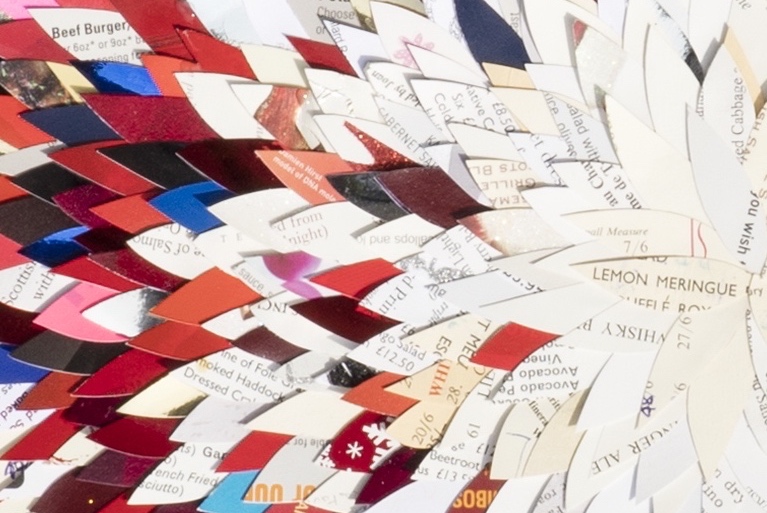 You can see the original artwork at Kerridge’s Bar & Grill kerridgesbarandgrill.co.uk
Art and food lovers can get their hands on a hand-finished limited edition print for £750, or £1000 framed, and signed by both Tom Kerridge and Robi Walters. west-contemporary.com/buy-art/my-generation