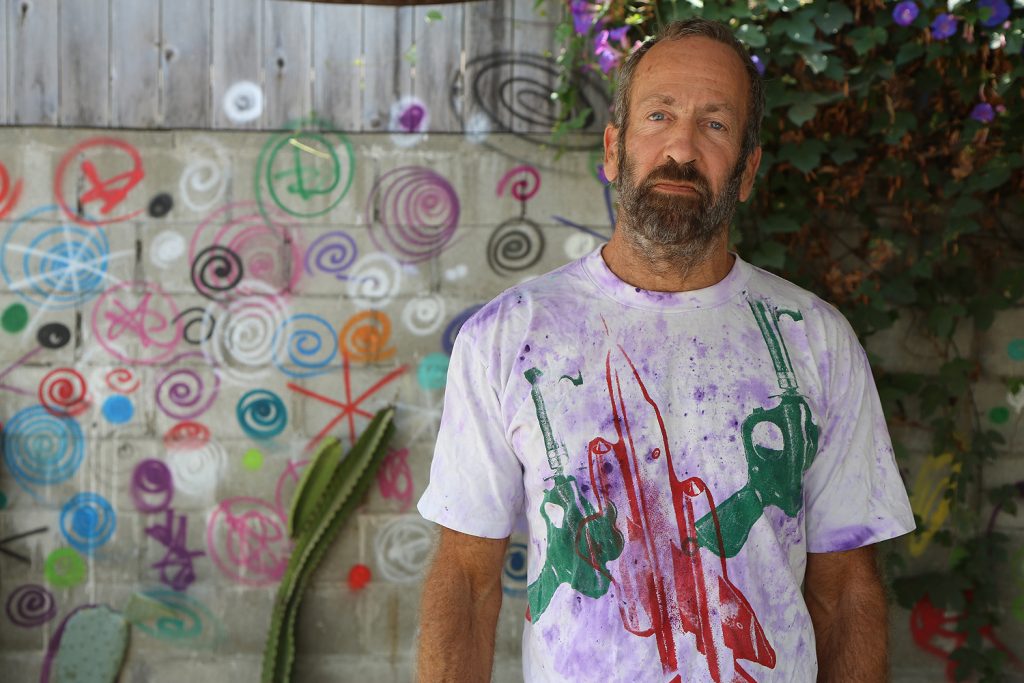 New York art collector Lio Malca is to present a large-scale exhibition by Kenny Scharf, one of the great figures of North American Art. On its fifth anniversary, La Nave Salinas takes a step forward in its commitment to art and culture and is constituted as a foundation, dedicating its annual exhibition to one of the leading creators of the artistic and cultural movement that emerged in the East Village of New York in the 80s. Iconoclastic portraitist of emotions, Scharf will offer the viewer the opportunity to enter a magical and impressive space that will revolutionize their senses through a delirious installation.

«Most people think that art only belongs on a wall in a gallery or a museum. I think it should be everywhere.»

La Nave Salinas, the cultural space located in Ibiza inaugurated by art collector Lio Malca with the purpose of bringing the island closer to international contemporary art and introducing Ibiza to the international art circuit, presents this summer a great exhibition dedicated to one of the most famous North American contemporary artist: Kenny Scharf. 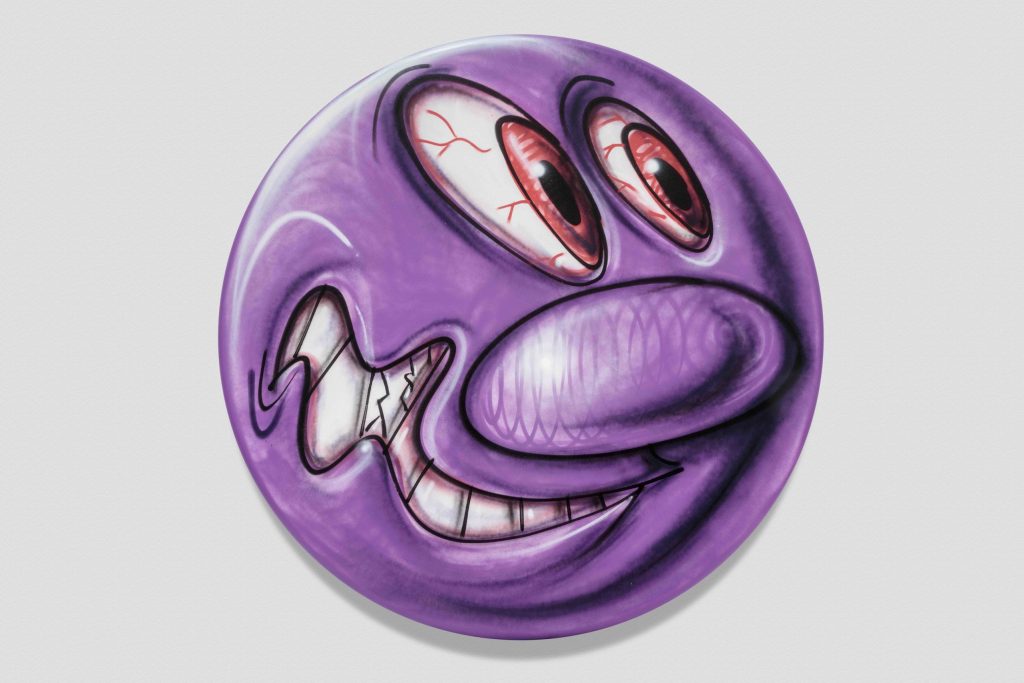 Each year La Nave Salinas presents an exhibition dedicated to the most influential artists of our times. The building is a massive stone structure at the edge of the sea of 700 square meters and 15 meters high, built in 1941 to store the salt harvested in the ponds integrated into the Natural Park of Ses Salines. On 2019, for its fifth anniversary, Kenny Scharf will present his first solo exhibition in Spain for more than two decades. 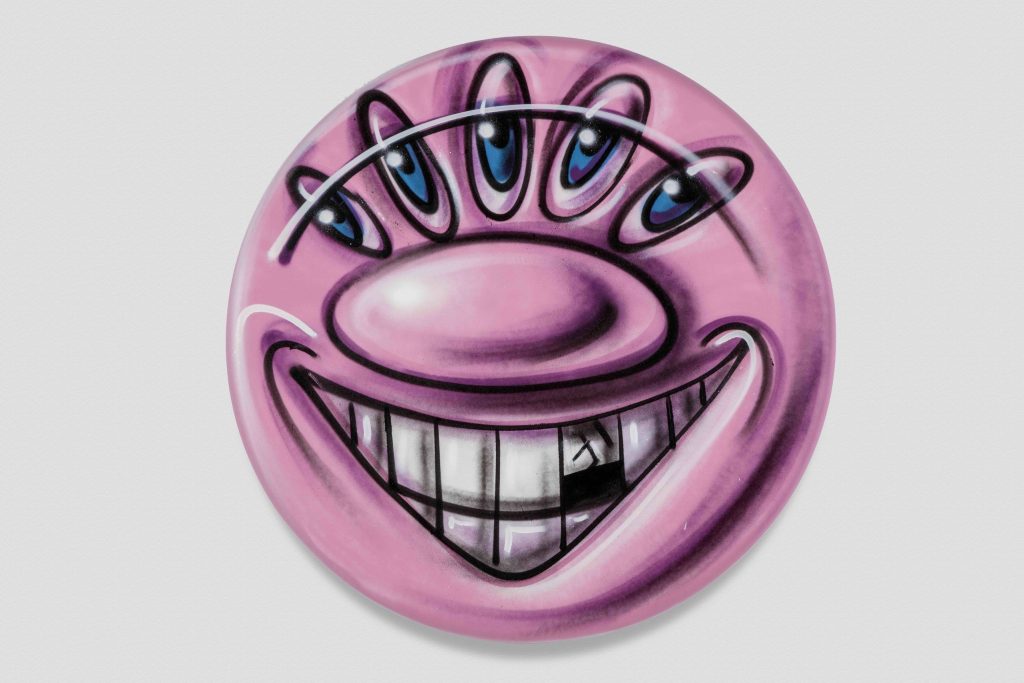 Recognized as one of the geniuses of pop culture, in constant transit between the sun of California and the streets of the East Village of New York, the exhibition of Kenny Scharf in La Nave Salinas is the first solo exhibition in Spain since 1998. A large-scale installation that will gather part of his most recent pictorial work.

The works, commissioned by Lio Malca, will allow us to approach and enjoy the creative universe of Kenny Scharf during this summer in Ibiza. A universe that through that mischief or complicit wink to artistic anti-elitist also hides a deeper meaning underneath the playful layers. Beyond those comical, sarcastic or even terrifying expressions shows an interesting artistic context impossible to avoid, and also appears an intrinsic reflection at the attempt to collect and catalog complex expressions and emotions. An unexpected show that, in line with the exhibition projects of La Nave Salinas, will invite the viewer to enjoy, from a different point of view, the hyperbolic style, debtor of cartoons and comics, of this fundamental artist.

About The artist
Kenny Scharf (Hollywood, 1958) is one of the great living legends of the 80’s New York art scene and one of the founders of Pop Surrealism. He was born in California and settled in New York City at the end of the ’70s to attend SVA (School of Visual Arts). There he took different courses that varied from photorealistic painting and airbrushing to video editing photography and collage. During his time at SVA he met other students who would all later become very important artists like Keith Haring and Jean Michel Basquiat and, with whom he shared a special friendship and a passion to exhibit their art through any possible media, invading public spaces with techniques like graffiti, murals or customizing urban and domestic objects. All of these artists contributed to the development of an invigorating culture and the art movement that started in New York’s East
Village which is still very relevant for contemporary art today.

Submerged in the aesthetics of the 50s and 60s, television, advertising and early cartoons, Scharf was provided during his childhood with such rich aesthetic material that years later, after settling in New York, he would combine with his interest in the underground comic and graffiti scene, the inspirational and decadent life of the 80s in the East Village, the legend of Andy Warhol and his Factory, and much more. All of that would bring him closer to Pop and Surrealism when developing the imaginative and creative force of his work. At the moment Kenny Scharf continues to work and explore ways to express himself in media such as murals, painting, sculpture, and installation, he is famous for customizing objects such old planes or cars and his work is exhibit in important museums of contemporary art as MoMA, Whitney Museum of New York, Museum of Modern Art in Rio de Janeiro and Stedelijk Museum of Amsterdam.