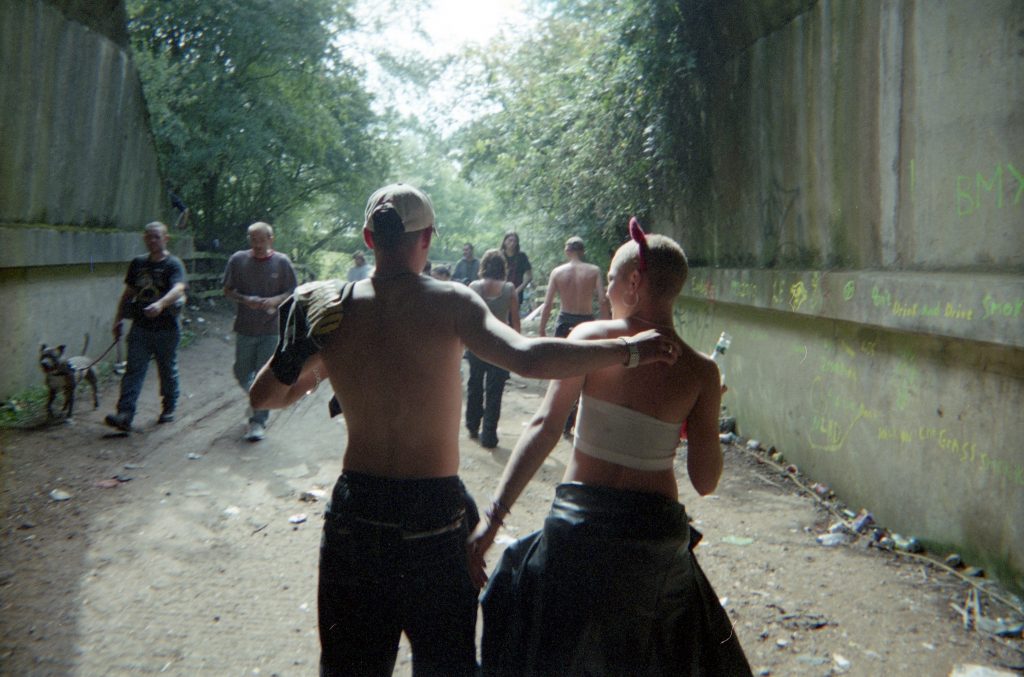 This is an exhibition inspired by the legacy of Spiral Tribe, a sound system collective that formed in 1990 and influenced a decade of culture and parties. Seana Gavin was heavily involved in the free party movement from 1993 until 2003, spending long periods of time travelling in friends’ mobile homes in convoy with the sound systems, living in these nomadic communities, attending raves and parties in France, Spain, Holland, Czechoslovakia, Berlin and Hungary. This exhibition features her personal archive of flyers, ephemera, diary entries and photographs. The photos capture the raves’ unusual locations, the journeys, the build-up and aftermath of the parties, and the characters and friends who defined the scene – many of which are no longer with us. The exhibition demonstrates the scene’s alternative outlook on society and a way of life. 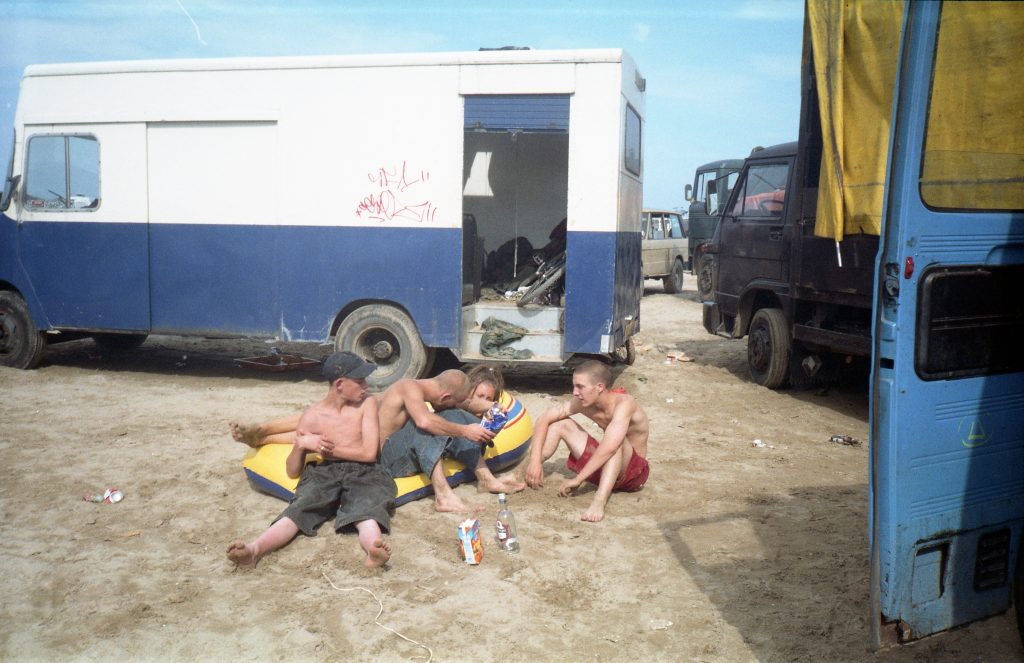 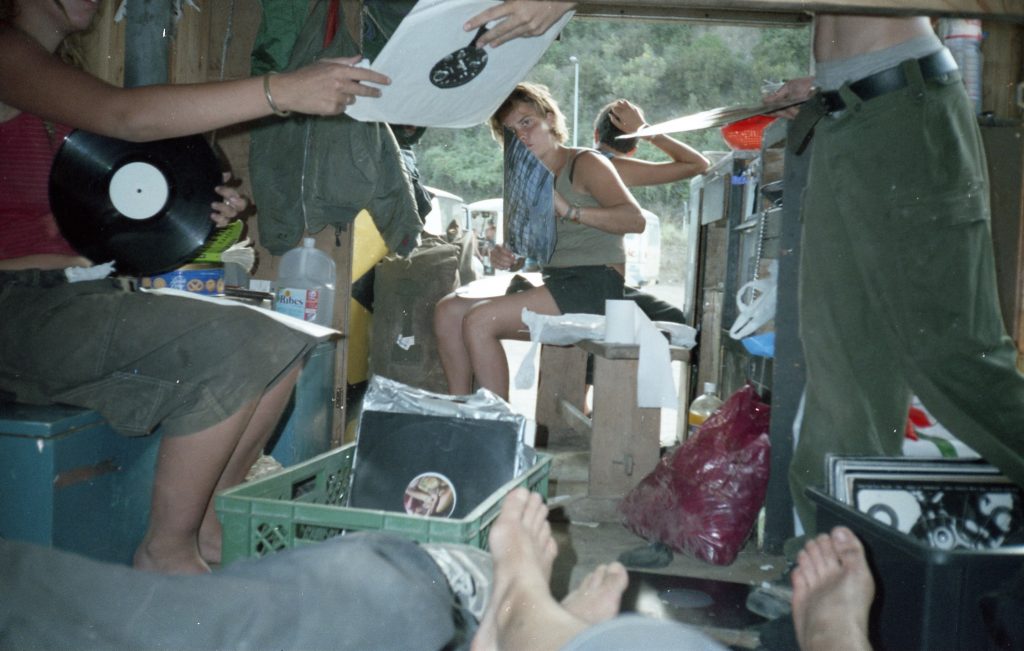 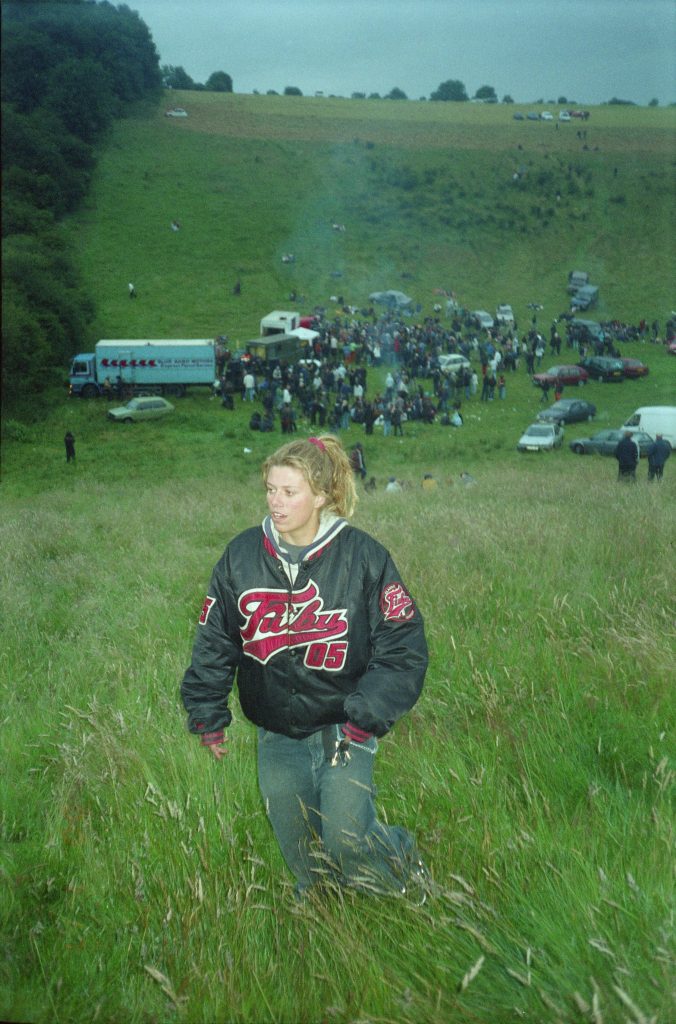 All images courtesy of the artist and galeriepcp

About The Artist
Seana Gavin is an artist based in London who studied at Camberwell. She has exhibited in exhibitions at French Riviera 1988 (London), The Hole Gallery (NYC) and Rise (Berlin). Her work is in the permanent collections of Soho House in London, Miami and Chicago. Her collage work has been featured in Dazed, Wonderland, AnOther magazine, Twin, i-D, Sleek and super/collider. Seanagavin.com