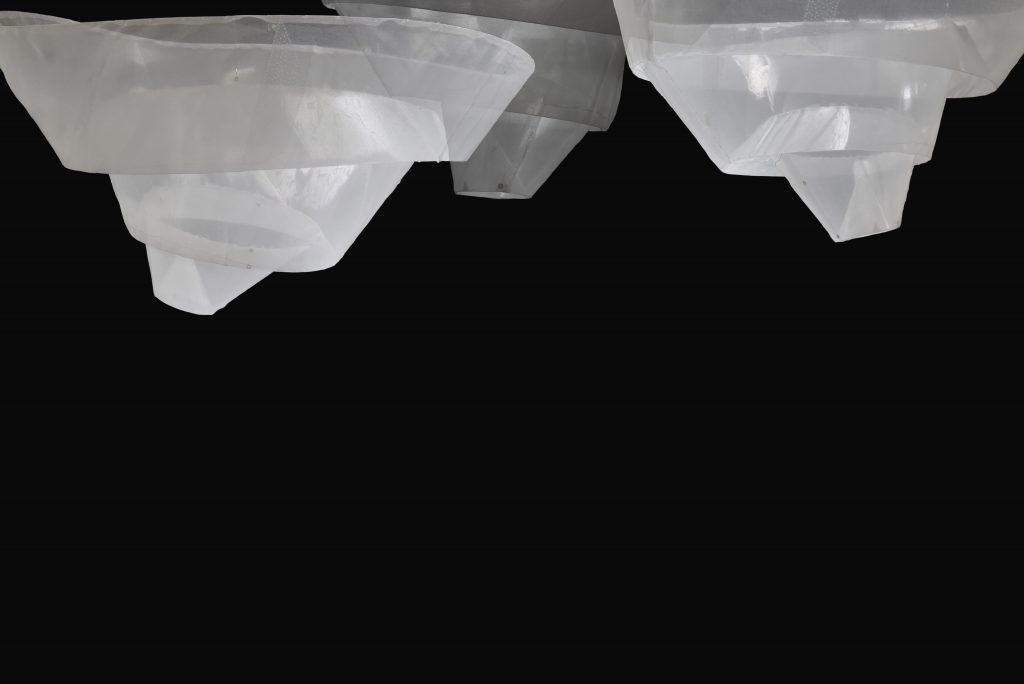 IoT, Mass customization, AI singularity… It has been difficult to imagine a pastoral fantasy, which has been told in the Wizard of Oz, over a rainbow in the current society filled with products and information. However, what kind of world can we see over the flood of objects and information? Can we consider the world as a modern wonderland?

In 1988, Roger Clark who is a computer scientist created the concept of “Dataveillance” which indicates the condition where individual activities and communication on a network are under surveillance. Although the problem had been only a foresight in that time, it became a real problem after the spread of the internet. Search histories and real time location information through mobile phones and computers, as well as, posts on SNS are accumulated as data. It has been warned that those data bytes can be used to monitor or control by strangers in many ways.

Both Asako and Yusuke from Asa + Yu were born in the late 80s when the internet was starting to be used in normal households, and we both struggled to live without its convenience. This indicates that we both face the risks of the controlled information and surveillance environment found today. In this exhibition, we would like to contemplate the benefits and problems of internet societies, as well as, the future beyond them.
Asa + Yu expressed the wave of products and information, “dataveil” with origami which was invented in Japan, our birthplace. The form of a whirlpool surface is a method called “reflective folding” and when utilised, can become a two-dimensional flat sheet although it looks complicated at first sight. We verified the process of reflective folding on ellipses, and created a programme that can simulate the form of the ellipse and the expansion plane. The large scale whirlpool shapes made of translucent material are designed through the programme, and the movie projected on the forms spread in the space by reflecting and transmitting. Through the process of controlled information by the programme and the chaos accidentally occurring growing and being weeded out, we fantasise the beginning of a new generation.