Art Brussels once again attracted experienced and considered Belgian and international collectors who flocked to the fair this year, as well as numerous institutions and high-profile art world personalities creating an electric atmosphere with strong sales across the board.

With a retention rate of returning galleries at 70% galleries came out in force with expertly curated booths and a mixture of established and emerging artists across PRIME, DISCOVERY, REDISCOVERY, SOLO and INVITED sections. This year the fair proved that it continues to be at the centre of the city’s ever-growing, thriving art scene. 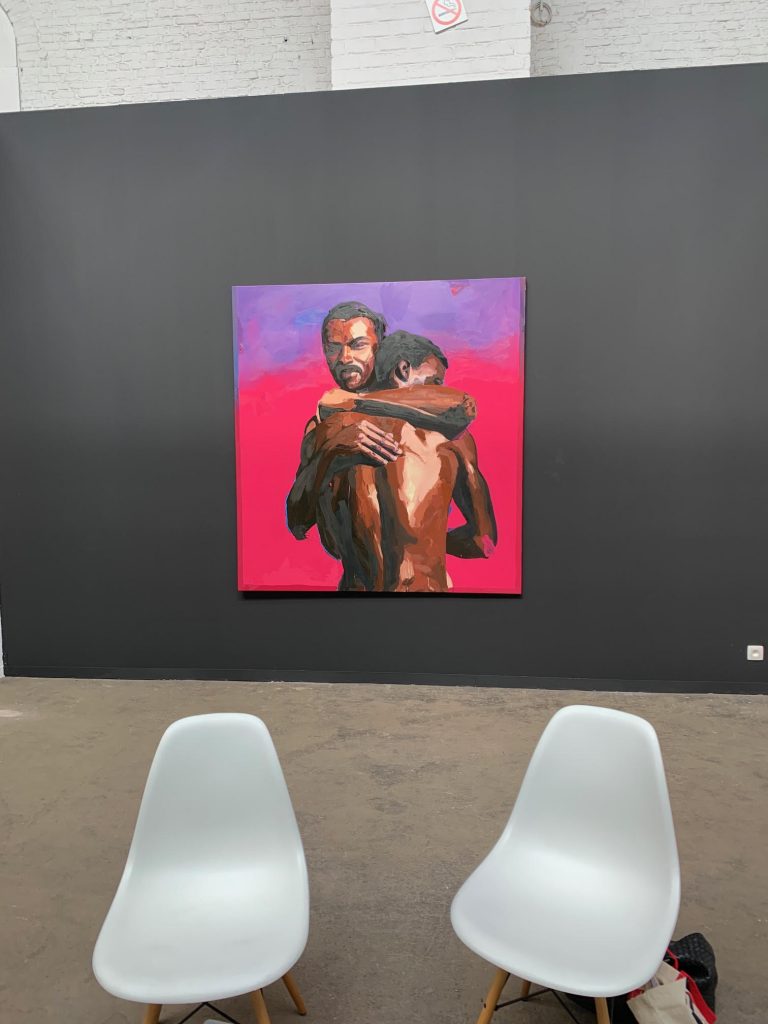 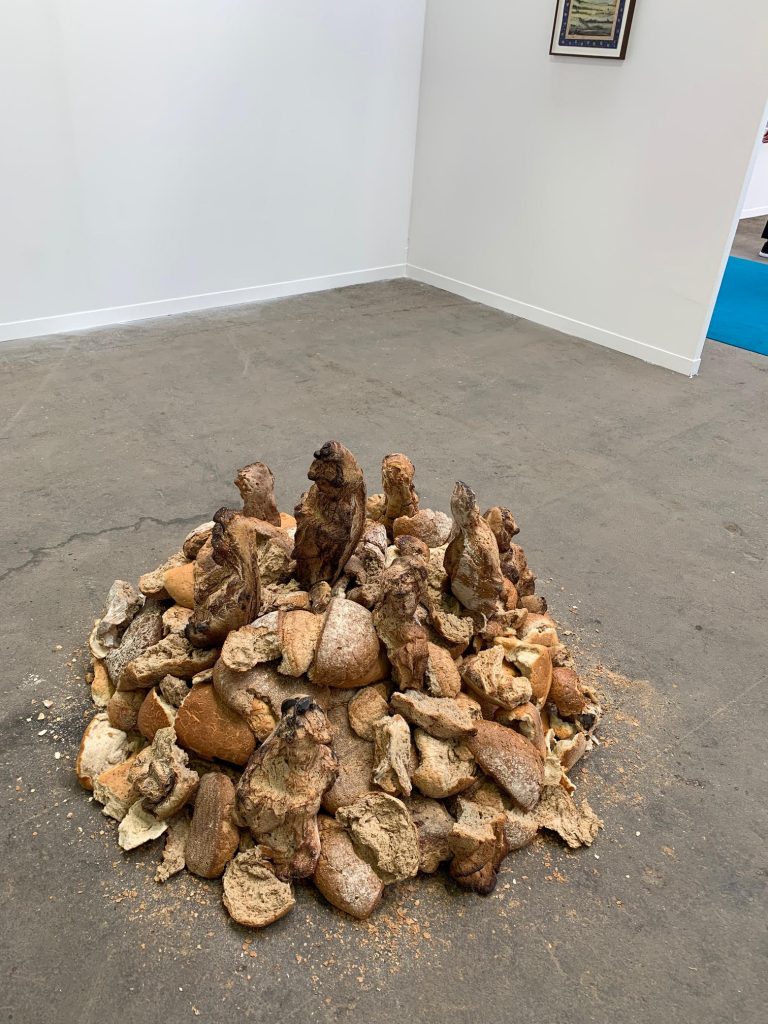 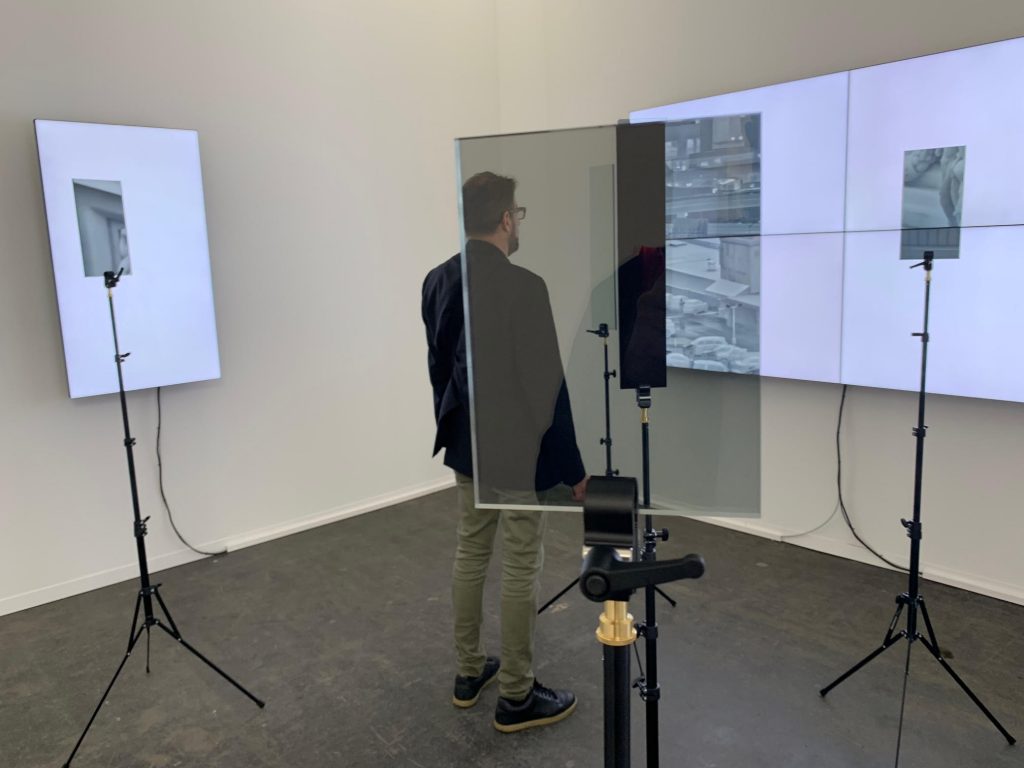 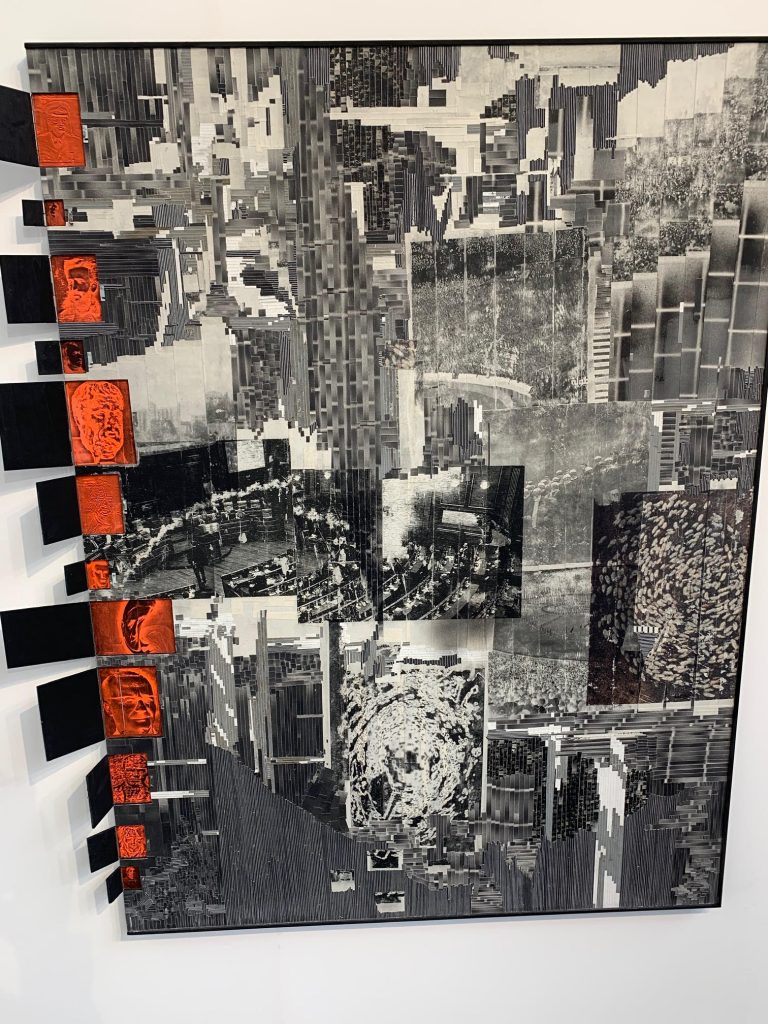 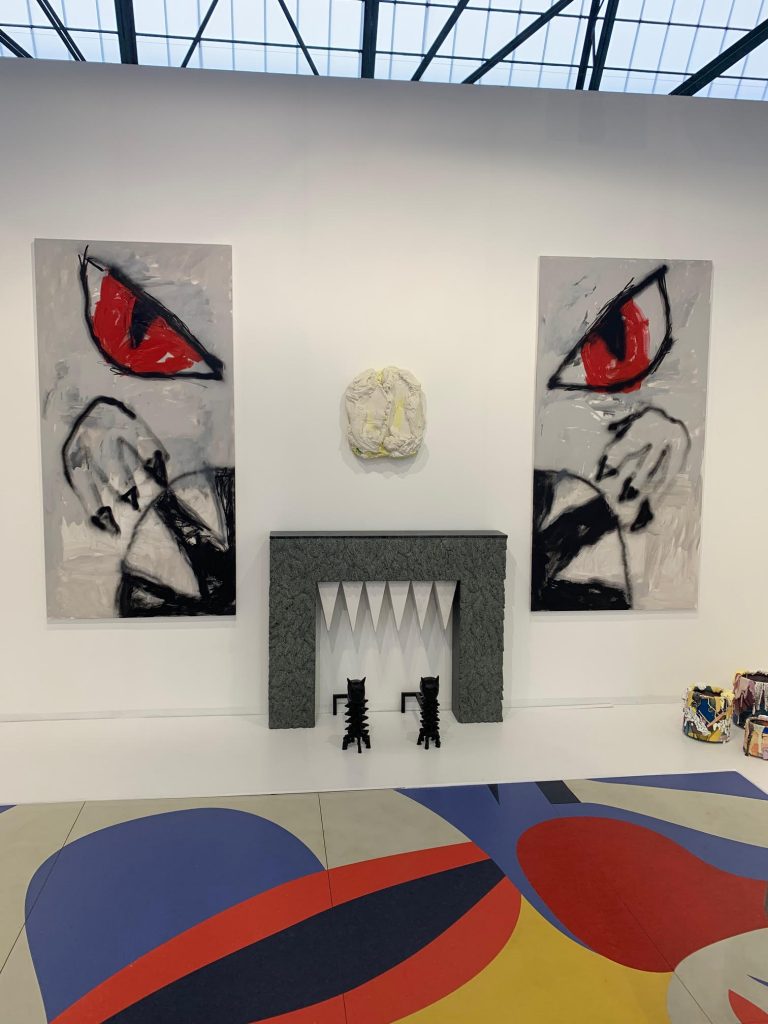 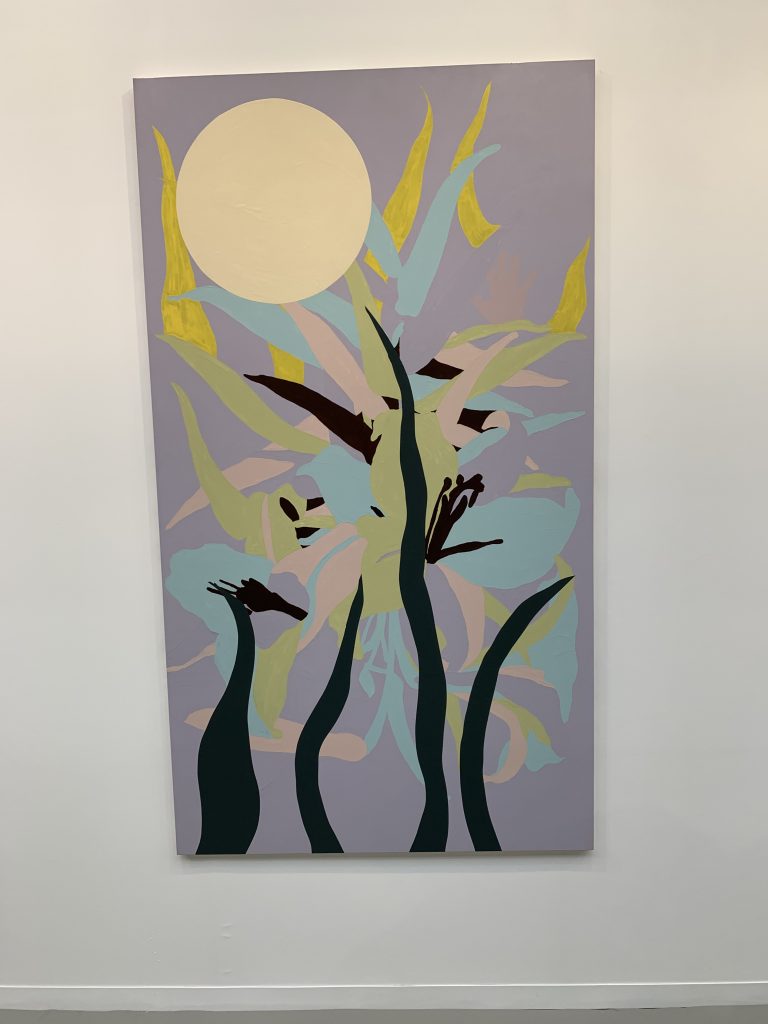 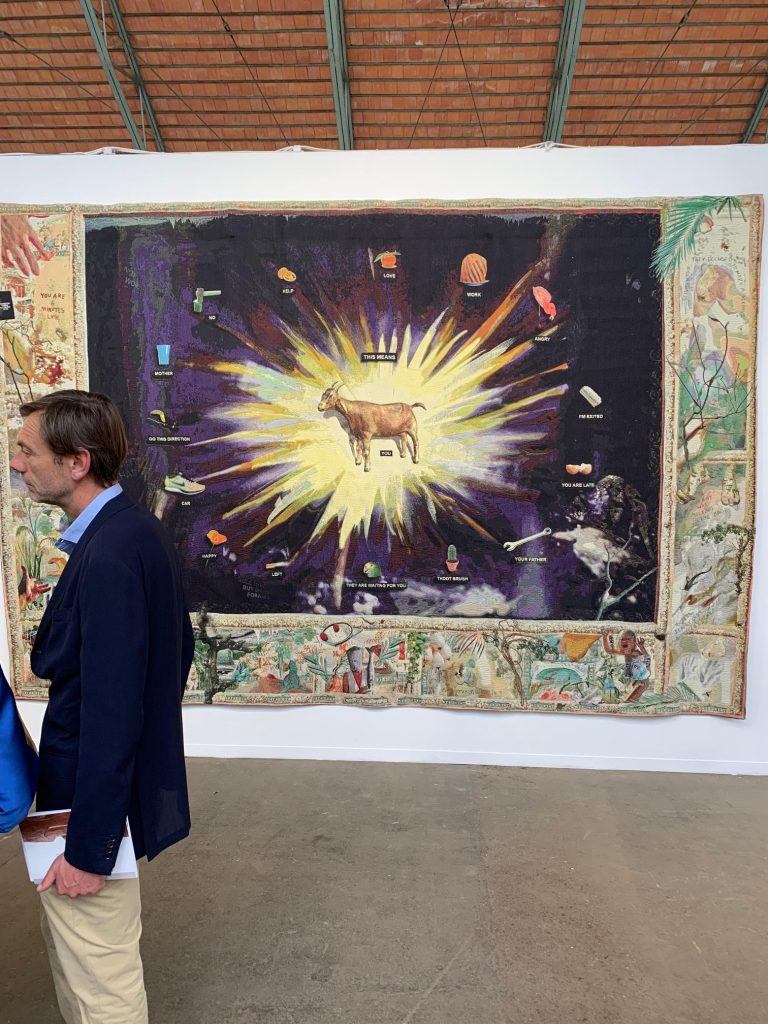 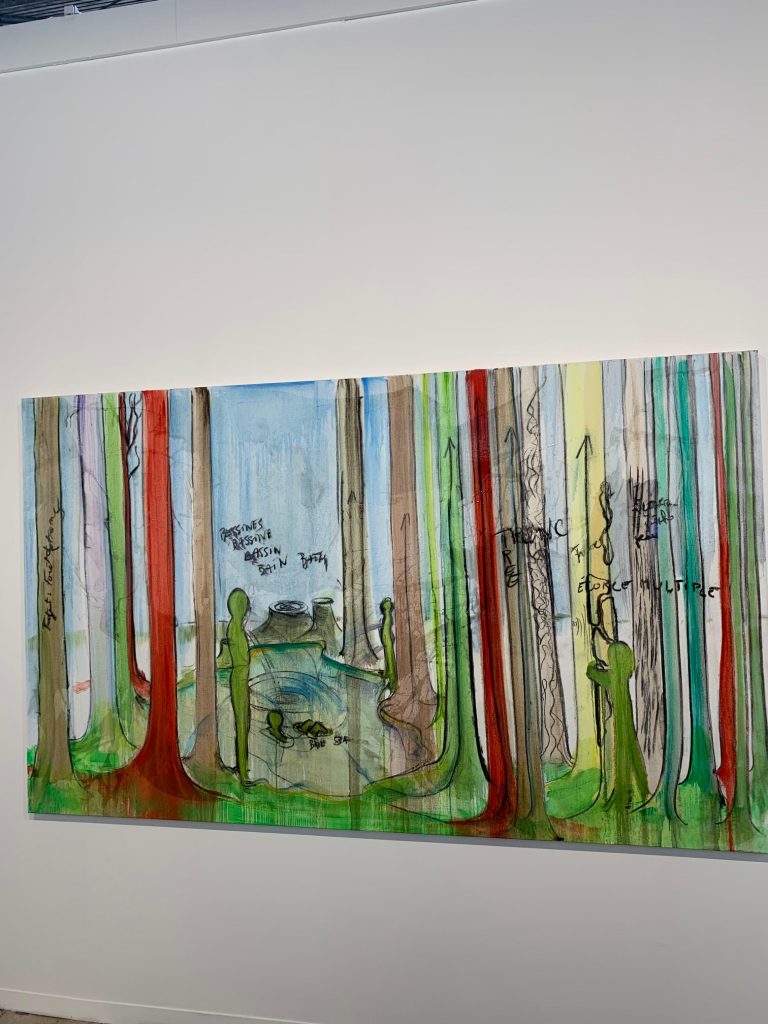 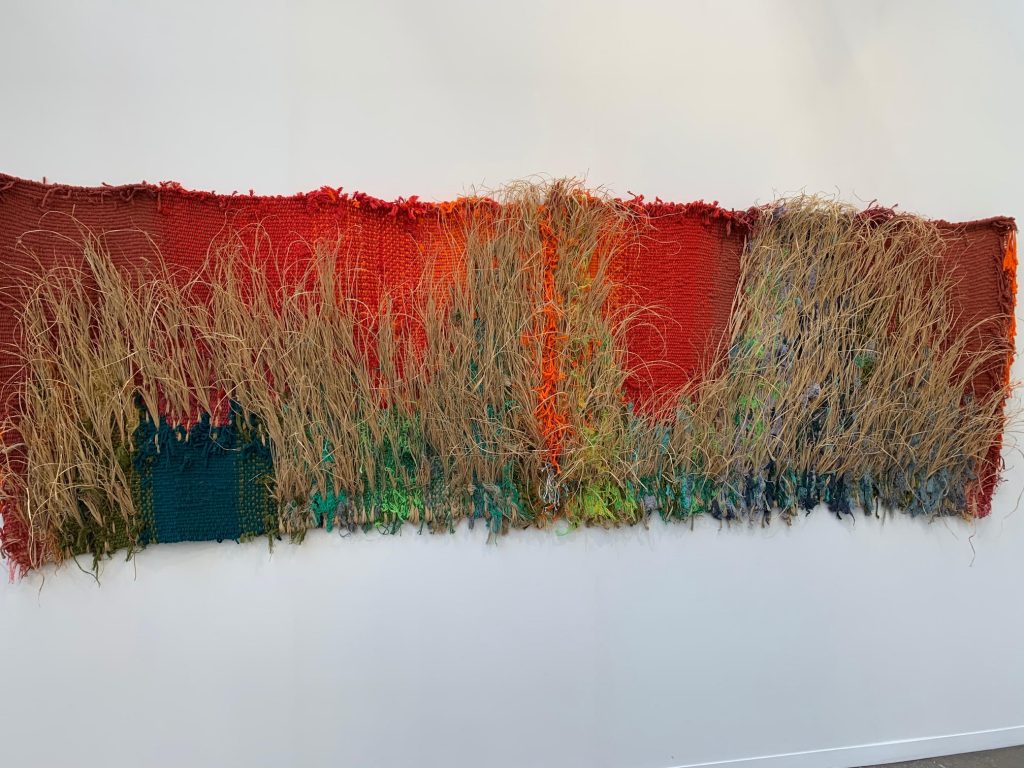 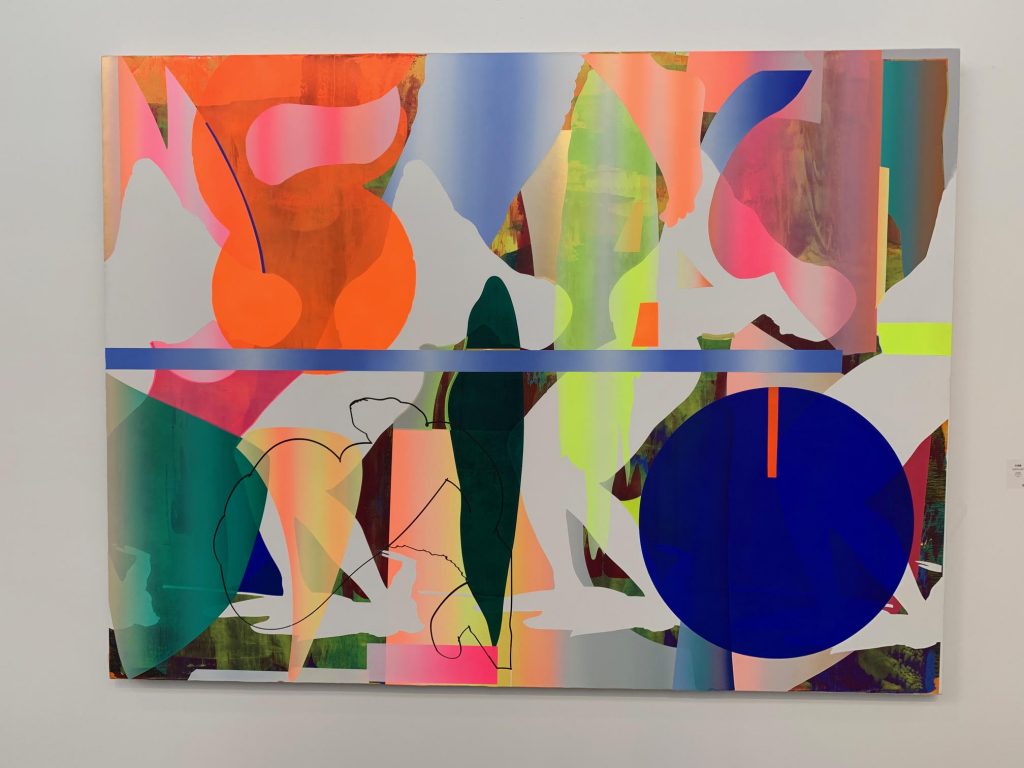 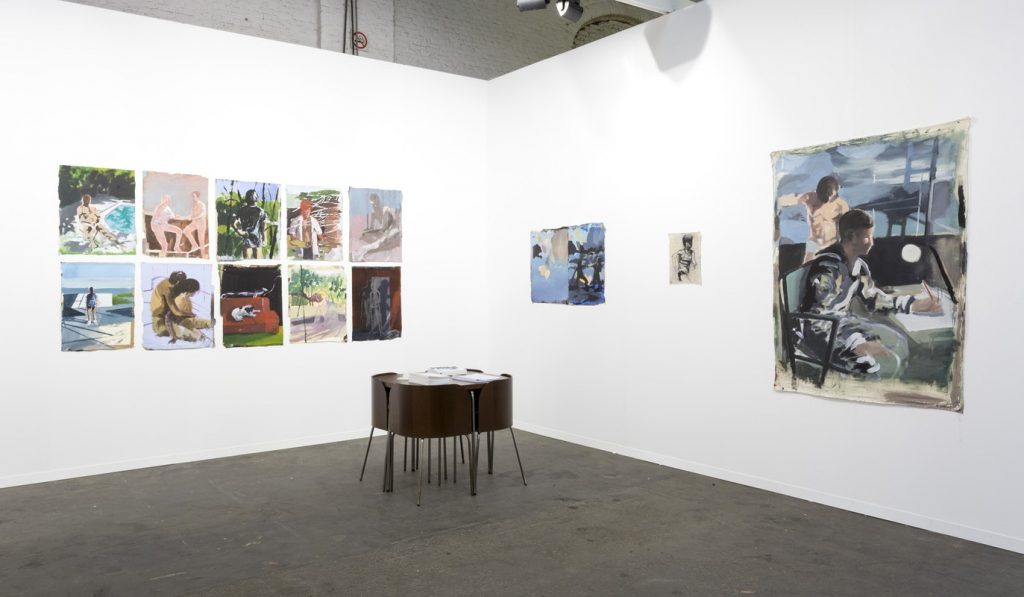 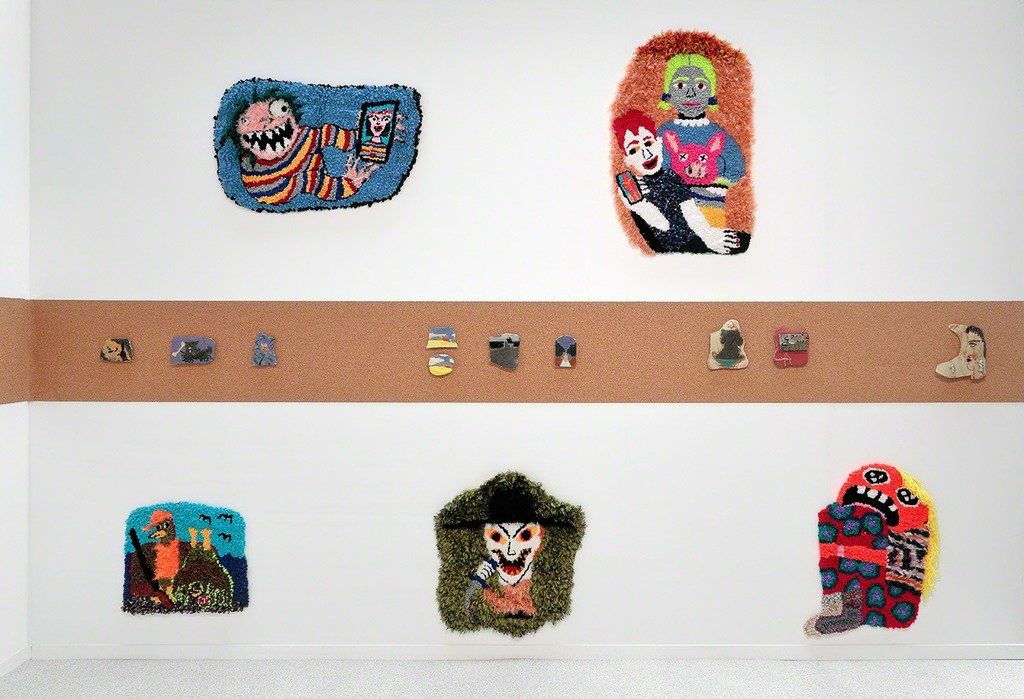 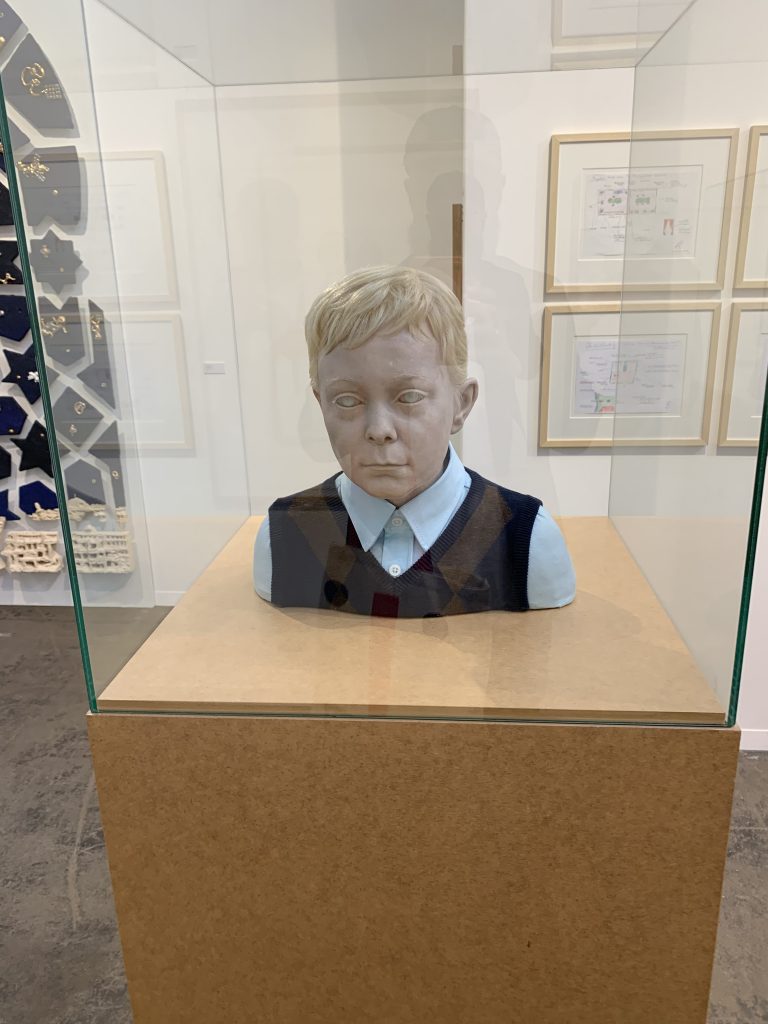 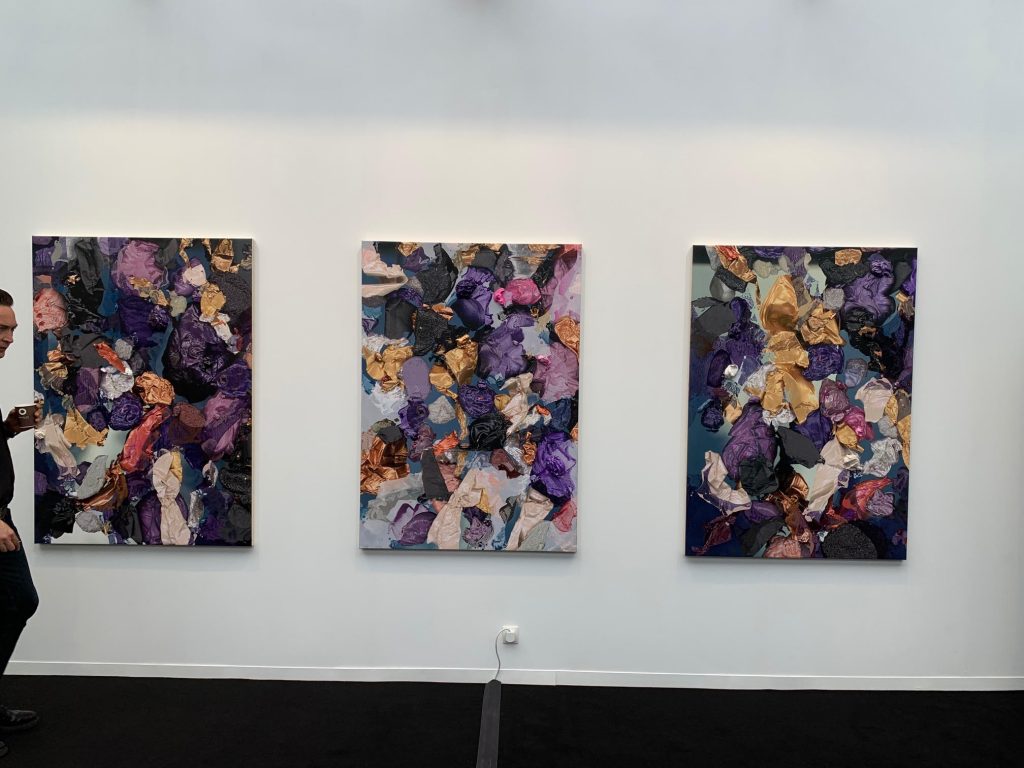 So the other important thing after the artists are the sales – so if you are into the money$$$ stuff  see below :

Many booths had almost sold out within the first day of the fair including; in PRIME Patrick de Brock (Knokke) who sold out with works by Ethan Cook in the price range of €22,000 – €36,000, Kristof De Clercq (Ghent) who sold twenty works within the first few days of the fair with artists such as Mario De Brabandere and Johan De Wit and Ceysson & Bénétière (Luxembourg, Paris, Saint-Etienne, New York) who had already rehung three works in the first day. In the DISCOVERY section, Derouillon (Paris) had sold out the booth by Friday afternoon, as well as Lehmann+Silva (Porto) and STEMS (Brussels, Luxembourg) who also sold out their booth by the end of the fair.

In the PRIME section Harlan Levey (Brussels), who sold twenty pieces on his booth said “we were thrilled by the new contacts we made and the number of institutional curators who visited our booth. Art Brussels once again showed how classy, cool and qualitative a fair can be”. Also in PRIME, New Art Centre (Salisbury), who have been exhibiting at the fair for the past six years and sold a Henry Moore tapestry
amongst others this year said, “the opening had an electric atmosphere with lots of great conversations with new and existing collectors … there is a buoyant and positive atmosphere every day”. Belgian gallery rodolphe janssen (Brussels) reported a “very strong start with an international crowd” having sold works by Thomas Lerooy, Gert & Uwe Tobias and sold out their Sanam Khatibi works amongst others. Others in PRIME, such as Blain|Southern (London, Berlin, New York), Gladstone (New York, Brussels), Lelong
& Co (Paris, New York) reported great success.

Art Brussels’s dynamic new INVITED section, that included nomadic, collaborative and pop-up models, was a subject for much discussion and excitement, giving the opportunity to younger emerging galleries to participate at a considerably reduced rate. Alice Black Gallery (London) reported numerous sales and co-founder Alice Black said, “our participation paid off, the traffic in the fair was phenomenal … the collectors at Art Brussels are decisive, knowledgeable and their approach is well thought through, the work is really appreciated”. Zurich-based Counter Space, who have no fixed address, sold several works and stunned visitors with Anne Rochat’s performance in which she wrapped her naked body around a block of melting ice over the course of an hour.

Sales highlights
PRIME
Althuis Hofland (Amsterdam) were very happy with their first participation and sold numerous works. Harlan Levey Projects (Brussels) sold 20 works across all the six artists that were represented in their booth, among which the video installation by Emmanuel Van der Auwera which was part of the SOLO section. rodolphe janssen (Brussels) sold four works by Thomas Lerooy. As well as works by Louisa Gagliardi,
Douglas Eynon, Marcel Berlanger, Betty Tompkins, Gert & Uwe Tobias and all the works by Sanam Khatibi.

KETELEER Gallery (Antwerp) whose gallery director Frederick Keteleer said, “good opening with great collectors and we have sold 15 works already on the first day”. Ceysson & Bénétière (Luxembourg, Paris, Saint-Etienne, New York) had already rehung three works by the end of the first day. Sold works by Claude Viallat in the price range of €15,000 – €40,000, works by Florian Pugnaire & David Raffini for €6,500 and €7,500 and five works by Lionel Sabatté.
Ditesheim & Maffei Fine Art (Neuchâtel) sold an entire series made up of 15 Heimo Zobernig pieces and said “we were impressed with the level of art knowledge of the people we met and enjoyed conversations with collectors who showed real interest in the art”.
Maruani Mercier (Brussels, Knokke, Zaventem) sold out their SOLO booth of Jaclyn Conley, priced between €2,500 – €20,000. The booth had re-hung 20 pieces by end of Friday. Happy to also have sold one Arne Quinze in the range of €50,000, among other works.
Lelong & Co (Paris, New York) said “we are extremely satisfied, we love Art Brussels, it was our best participation yet at the fair with very strong sales”. Les Filles du Calvaire (Paris) sold very well and were impressed by the calibre of visitors and came away with many new contacts. Zeno X (Antwerp) reported sales of Mircea Suciu, Mark Manders, Paulo Monteiro, Marina Rheingantz and Anne-Mie Van Kerckhoven, among others. ‘You are challenged as a collector at Art Brussels “ stated Benedicte Goesaert
Galerie Transit (Mechelen) welcomed very strong sales throughout, noting that the collectors at Art Brussels remain extremely well informed. Sales included works by Jenny Watson and Tom Polo. The Hole (New York) returned for a sixth year to participate in Art Brussels, reported very strong sales, almost selling out their booth. Their SOLO booth of works by Jonathan Chapline sold out, with a price range
of $4,000 – $30,000 as well as notable sales including pieces by Eric Shaw and Alex Gardner.

INVITED
Counter Space (Zurich) sold six works by art student Antoinette d’Ansembourg in the price range of €1,300. As well as a piece by Sebastian Utzni to Frédéric de Goldschmidt. Paid by the artist (Antwerp) sold numerous works – “an opportunity that has paid off, we are very
grateful to Art Brussels for this platform” stated artist Yannick Ganseman and gallerist Simon Delobel. Others with strong sales included High Art (Paris) and Alice Black (London) enjoyed several significant sales for her first ever fair participation since the establishment of the gallery in May 2017. 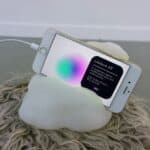 Art Brussels 2022 is just around the corner. This Thursday 28th April marks the fair’s 38th edition and it’s long-awaited in-person return. One […]