A collection of 73 portraits of Frank Dunphy by Damien Hirst, known as The Wolseley Drawings, has been generously donated by Frank Dunphy through the Cultural Gifts Scheme and allocated to the British Museum. 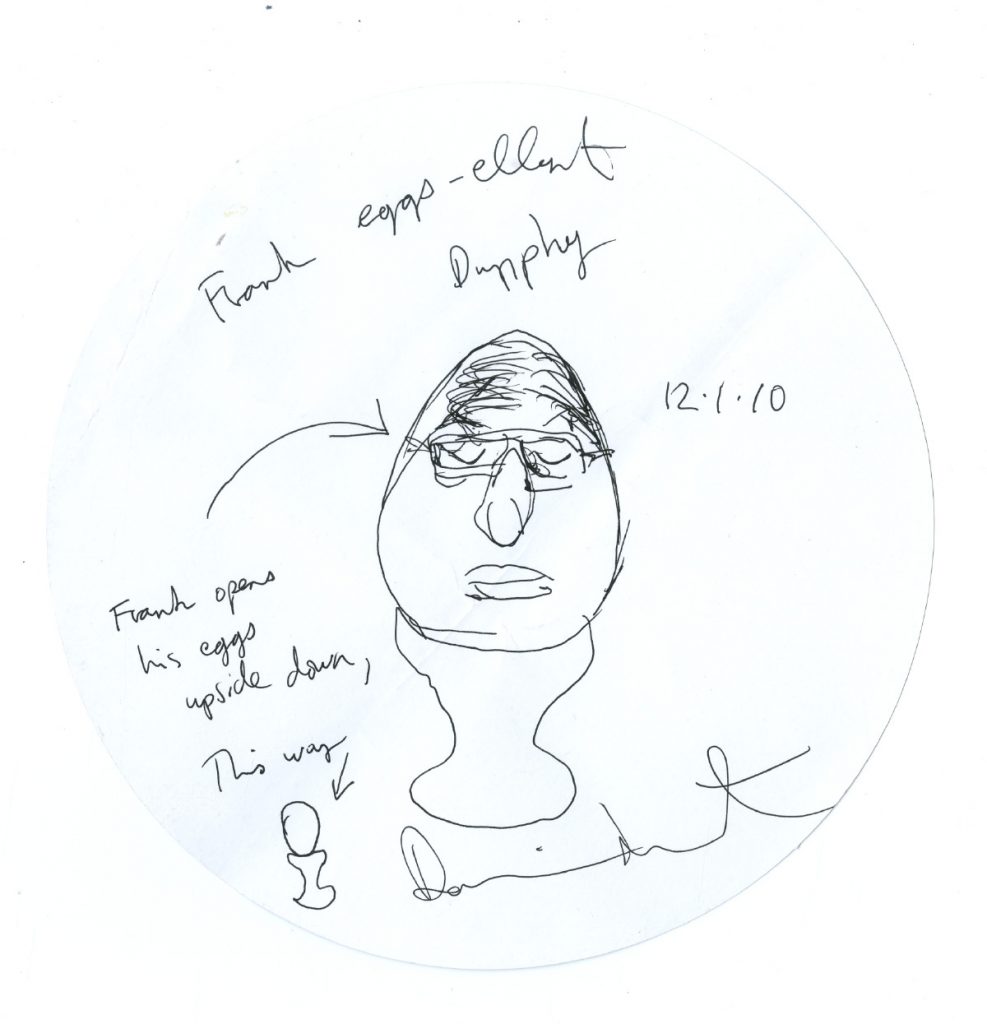 Frank Dunphy masterminded many important sales of Hirst’s work, during his time as his business manager and agent throughout the 90s and 2000s. Meeting for breakfast at the Wolseley in Mayfair, the pair would discuss their business affairs; it was during these meetings from 2004 to 2010 that Hirst produced these 73 portraits drawn on the back of the Wolseley restaurant’s 22cm diameter placemats.

Hirst would rest a placemat on his knee, so that they were out of sight of passers-by, and begin to sketch in pen or pencil. Some of the portraits are stained with coffee and food from the breakfasts. Many are humorous, such as the portrayal of Dunphy as a boiled egg – drawn after a discussion between the pair as to whether it was best to open a boiled egg at its pointed or flat end! On others Hirst frequently alludes to auction dates of his own works, with titles including FRANK – PHARMACY AUCTION DAY! and SKULLDUGGERY DAY, the latter referring to the sale of his diamond and platinum skull sculpture, For the Love of God.

The Wolseley Drawings provide a fascinating insight into one of the most important business relationships in contemporary British art, carrying with them the story of a significant member of the YBAs and his close friend and manager.

This is the second donation made by Frank Dunphy through the Cultural Gifts Scheme: in 2018 six works by Damien Hirst, Tracey Emin, Peter Blake, Rachel Whiteread, Gavin Turk and Michael Craig Martin were given by Frank and his wife Lorna Dunphy to Pallant House Gallery in Chichester.

“The British Museum is delighted to have acquired such a vivacious group of drawings by Damien Hirst, and we are grateful to the Cultural Gifts Scheme and to Frank Dunphy for making it possible. These drawings provide a compelling insight into one of the most fascinating and impactful art world partnerships. The British Museum already has extensive holdings documenting the centuries-old interaction between artists and the art market, and Hirst’s The Wolseley Drawings add a fascinating new chapter to that story.” 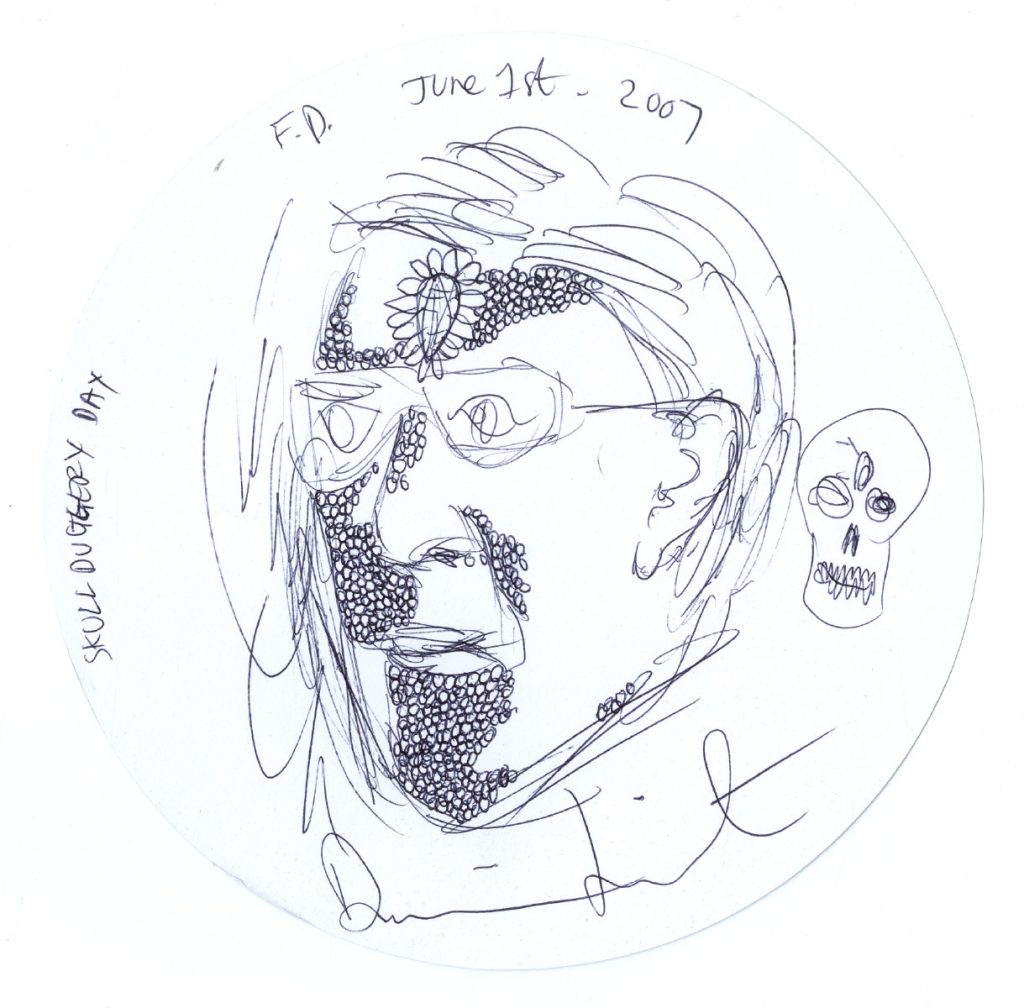 The Cultural Gifts Scheme was launched by the Department for Digital, Culture, Media & Sport in March 2013 as an important element of its expanding programme to encourage philanthropy for the arts. The Acceptance in Lieu Panel, chaired by Edward Harley, advises Ministers on all objects offered under the Cultural Gifts Scheme. The Scheme is administered by the Arts Council and enables UK taxpayers to donate important objects to the nation during their lifetime. Items accepted under the Scheme are allocated to public collections and are available for all. In return, donors will receive a reduction in their income tax, capital gains tax or corporation tax liability, based on a set percentage of the value of the object they are donating: 30 per cent for individuals and 20 per cent for companies.