The Blue From Heaven (2019) - FAD Magazine
Skip to content 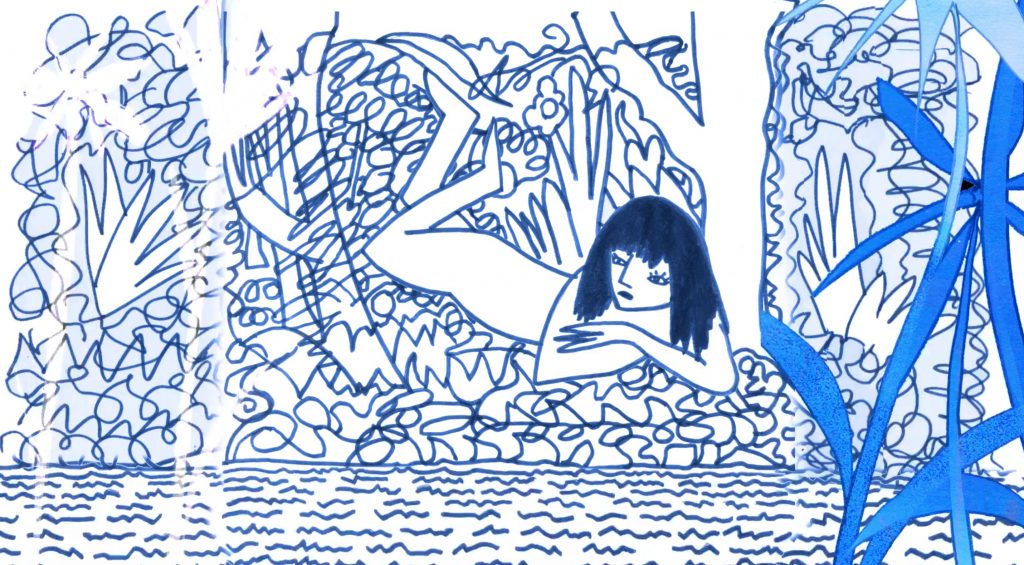 Oh, what a joy. Stevie Smith. Her sad poem. Why does it bring me joy?
Her sadness is blue, blue as the heaven. It settles on the plain of the screen in a wash of beautiful melancholy. It’s Guinevere missing her king, Arthur, where are you? We are riding through a river of frames tugged by a line of felt pen, we are in modern animation and ancient times all in one short, complex moment.

Here comes the typist, typing the sky. Here come the knights, riding by. Moving on.
And waiting, bathing there’s Guinevere, bathing in the river and thinking and calling out for her special knight, the king of the knights, King Arthur.

Suzie Hanna has tapped into the magic of Stevie Smith’s stringy sketches and added a wash of beautiful blue, royal blue, felt tip blue, printer blue, the blue of the river and the blue of the sky above. The blue of loss.

All these scenes of friendly elegant lines are rasped in a rough caress by Glenda Jackson’s throaty burr, soft, warm and nourishing as my Scottish granny ought to have been (if the stories were true!) with a bowl of broth on a frosty day. Stevie Smith’s gentle childlike lines tell the story of loss, of the broken relationship. Pictures fall the floor and shatter, breaking like a human heart.
At the end, the queen has her cat for company, like Stevie Smith’s poems celebrate her favourite companions. Her galloping cat, her singing cat, her cat at play, her shadow cat, the cat who sits on your lap and who stalks your legs or who roam in the night, outside, beneath the window that looks out upon the threatening, beautiful world. Who is the cat, and who is Stevie? The woman is herself a cat, wilful and mercurial.

Guinevere, the woman-left-behind, the Penelope whose Odysseus will never return is left in her yellow palace, which Hanna suggests as a place not grand but domestic and flat. Oh, the grandeur is all Arthur and he has gone. It’s clever what Hanna has done. She’s suggested the yellow paper of Stevie’s classic novel, the long string of words typed on yellow paper telling life stories, the act of the aging, of the lonely of the ambition that will never be satisfied. Yet she types because she must, and what she types is blue. Blue Arthur. But she doesn’t type him back, the queen types her loss. Arthur is gone. He will come back never. Suzie describes the queen at this point as ‘colour blind’ but I see her as drowning in yellow.
As I watch the enchanting cartoon I can’t help but see Stevie Smith, out there, waving her hand in the distance, lost in the water. Is she waving? 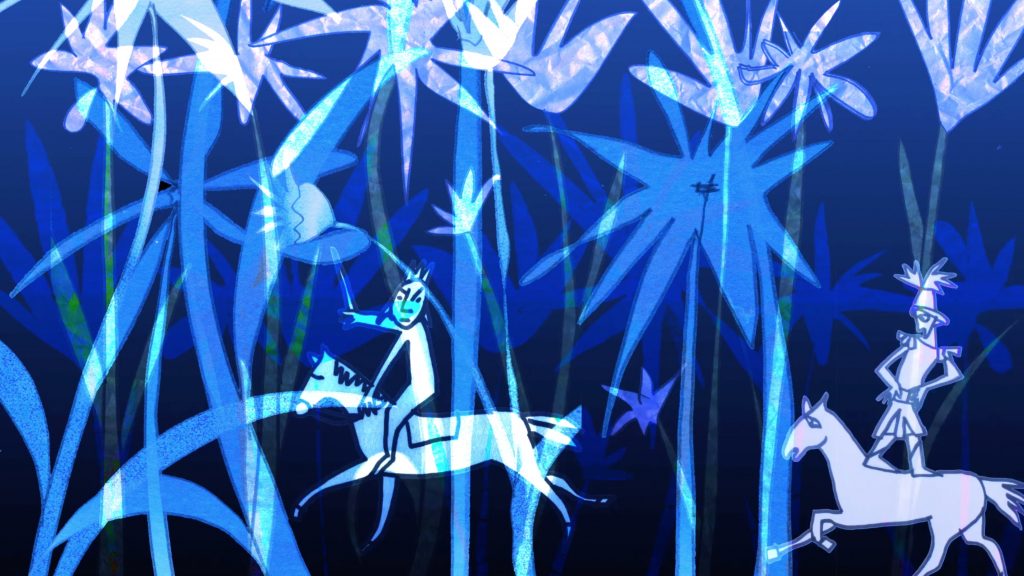 I asked Suzie how the idea came to be and that is a tale of friendship among women academics, thinkers, workers, writers and artists. Noreen Masud, academic and specialist on Stevie Smith and investigator of casual literature, a thinker who dusts about where folk form might meet the graven form of literary statues, was holding a symposium on Stevie Smith and Suzie offered to animate the drawing of Childe Rolandine for her webpage. She gave us a moving, quivering Childe Rolandine typing away in the office, wanting to write her way into the literary tower but blown back by social forces. Hanna says that is how the typist character came to be in the film. But as director she chose to leave the character in, a character who is, in fact, the poet herself. And in the short wonder of Hanna’s animation, the two characters fuse, mythological and contemporary figures live inside the same person at the same time, Guinevere and Stevie, the poet and the queen, how Stevie Smith!

Fortunately Hanna is confident in negotiating the seemingly impenetrable forest of copyright, estates and suchlike or this project would have not elegantly arrived in a world we can share so freely and simply. She sent little animations to Will May, who is the editor of the Faber collection, and asked him for permission to use the drawings. May put Hanna in touch with Hamish MacGibbon of the Estate of Stevie Smith, and he gave permission to use the drawings. Then the difficult process really began as Hanna dealt with the narrative and helped the visual tale construct its inner patterns.
Hanna drew all her frames on a lightbox on white paper in black felt tip, selecting 70 of Stevie’s drawings as possible locations. She looked at characters and locations including the many women that Stevie drew prone in the landscape, naked, and the many women who sit on a chair with a struggling cat. Those pictures seemed to her to exemplify the mood and the response of Guinevere to the situation of bereaved wife, rejected partner.

Interesting note Hanna brings to my attention – Stevie referred to her cartoons as ‘the beastlies’. What an evocative description of a woman’s own jottings, externalisings, it animates them already.
Overall the look of Hanna’s film harks back to classical traditions of mid-twentieth century work of the 1940s and 1950s but using the language of contemporary film-making in colour and filtering through current software, layering and collaging in After Effects. Plus ça change. 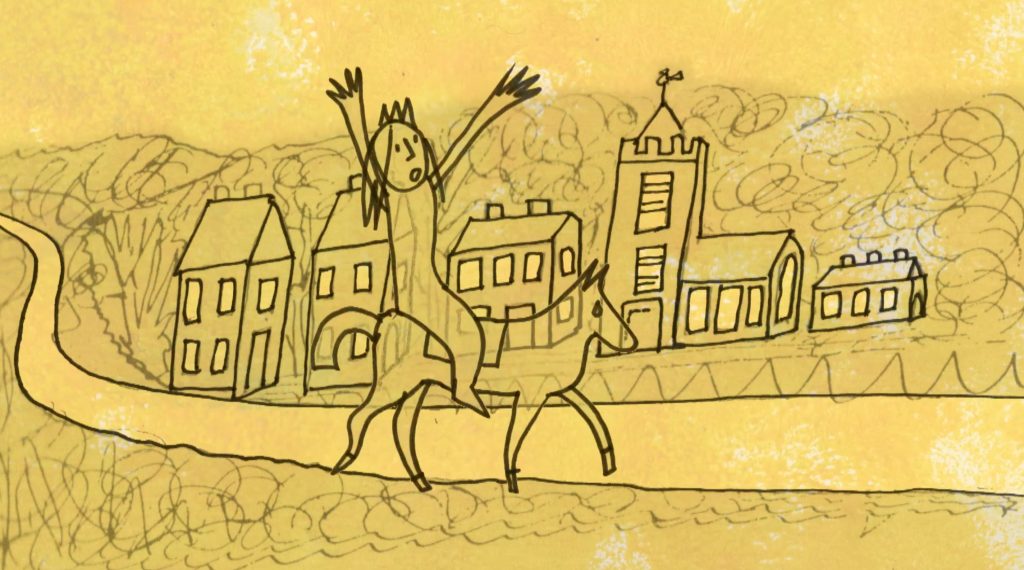 Stevie is still out there, inside us, waving. Drowning. Scribble it down, write it down, type it. Lives not only lived but expressed, in melancholy as in happiness. Be uplifted by sadness, and have your own emptiness filled with the colour of another’s lonely aloneness. Listen to Glenda’s rhythmic reading like you are a child on your mother’s knee and open your eyes to the blue of heaven.

The Blue From Heaven, Stevie Smith’s poem. Directed and animated by Suzie Hanna, voiced by Glenda Jackson, sound design by Phil Archer, vocal effects by Felix Ospino Archer, advised by Noreen Masud and Sally Bayley, based on original drawings by Stevie Smith. With kind permission of Hamish McGibbon on behalf of the Stevie Smith Estate Duration – 03:40

The Blue From Heaven is available now for film screenings and animation festivals. 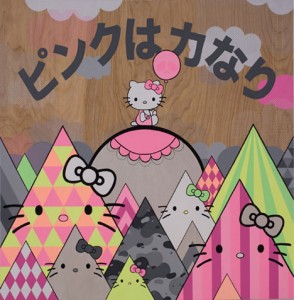 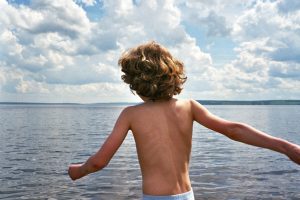 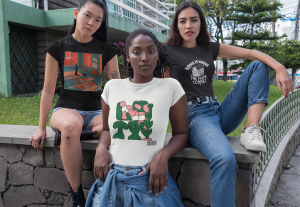 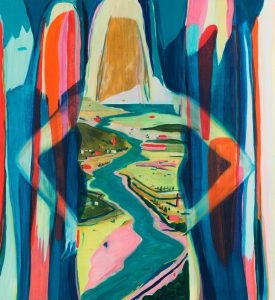