Art critic Tabish Khan brings you ‘The Top Art Exhibitions to see in London’. Each one comes with a concise review to help you decide whether it’s for you. All of his picks  from last week are still open to visit. 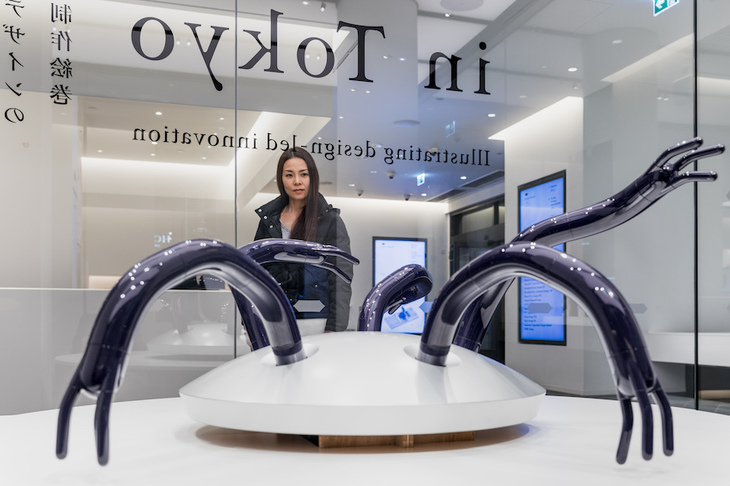 Prototyping in Tokyo @ Japan House London
Automation, prostheses to help amputees to sprint and a springy paper lizard that weighs more than I was were expecting it to. Get hands on with fascinating prototypes that are trying to mimic the feel and movement of the natural world. It’s yet another fantastic insightful exhibition from Japan House. Until 17 March. 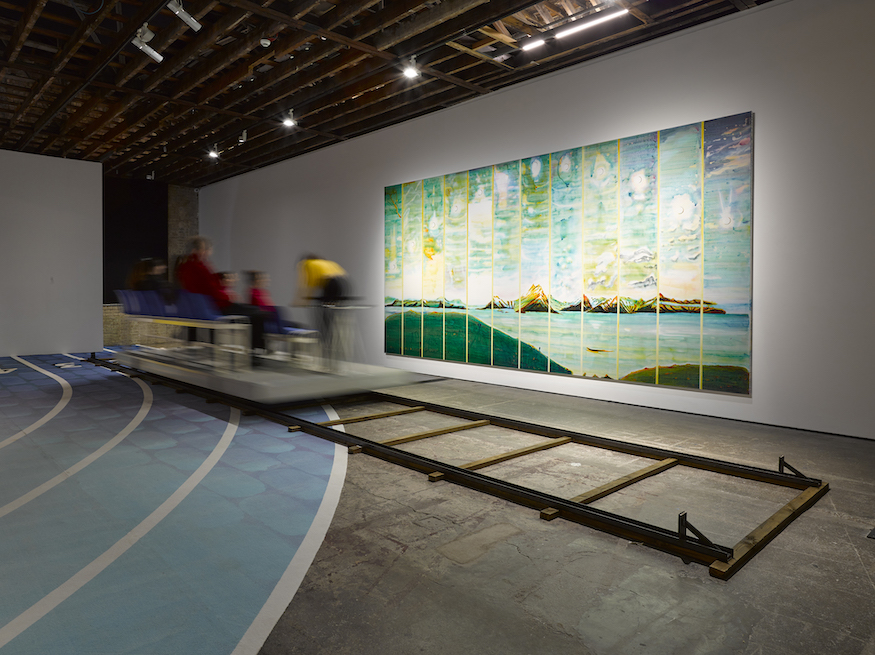 John Korner: Life in a Box @ Victoria Miro
Jump on a bike and you can pedal achingly slowly past a mountain landscape, while dragging a whole bunch of gallery visitors along on seats. It’s all very surreal upstairs in this show, with a running track heading straight into a wall. Downstairs is a selection of his paintings in his trademark bright and bold colour palette. I’ve always been a fan of Korner’s work and enjoyed this quirky show. Until 23 March. 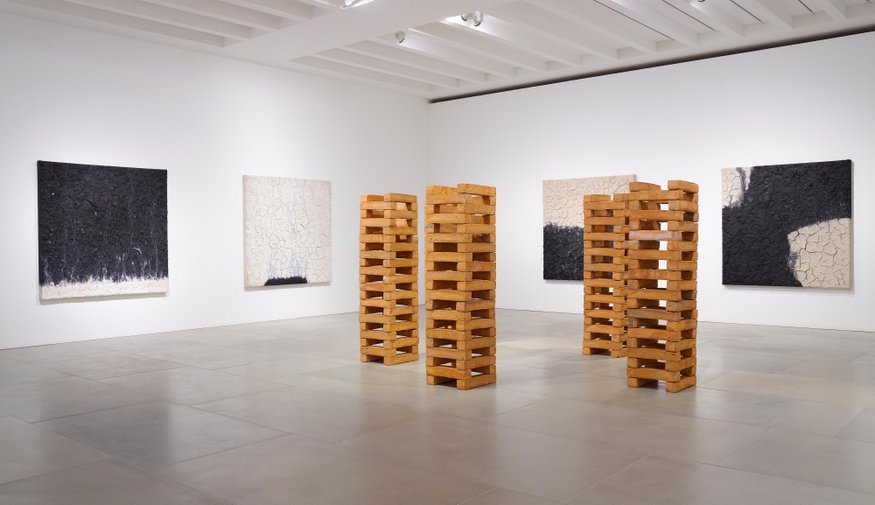 Bosco Sodi: Heavens and the Earth @ Blain Southern
It’s like someone dug up a chunk of earth and stuck it on the wall. These black and white paintings looks so natural it makes us question whether any human element was involved at all. Artist Bosco Sodi uses natural processes to make these heavily textured works that make us want to explore them with my fingers rather than my eyes. Add in towers made from bricks and there’s an earthiness and weight to his works that made me feel rather insignificant. Until 23 March. 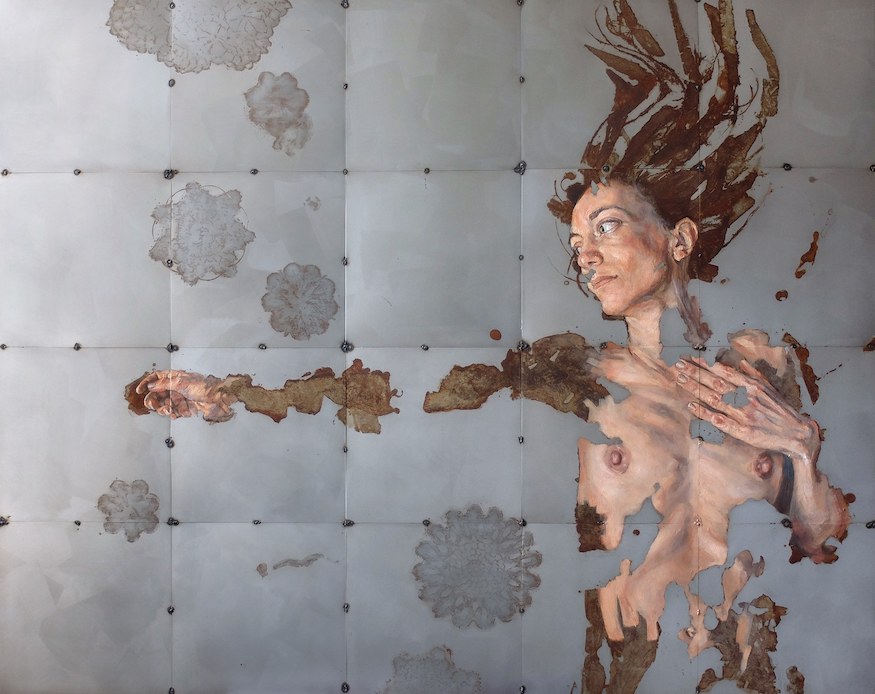 Kronos @ Dellasposa
Two artists one painter and one photographer. Both make dramatic takes on the human form on steel and sandblasted aluminium respectively. The dramatic figures on steel seem to be disintegrating contrasted with the tenderness of an embrace between two men on aluminium. The two different styles of Sabatino Cersosimo and Rad Husak complement each other beautifully. Until 15 March. 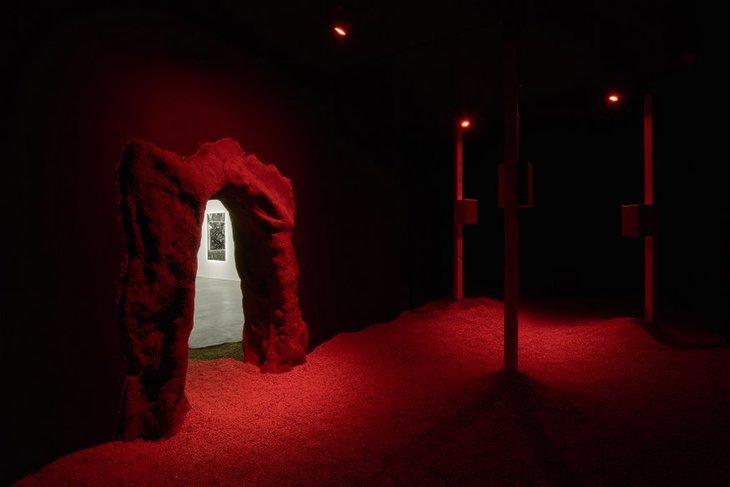 Libita Clayton: Quantum Ghost @ Gasworks
Enter a darkened cave and listen to eerie sounds in a work looking at mining and the impact it has on the environment. It’s unsettling standing and listening in the dark, and so it should be given the impacts mining can have on the world around us. The dimly photograms outside are a sufficiently unsettling accompaniment. Until 24 March.