There are no mega-galleries or old masters at the London Art Fair (16-20 Jan), but there is a lot of pretty much everything else. Modern British classics; surprising discoveries; adventurous new international work<; over-tasteful middle of the road fare; and trite knock-offs. A curated photography show; a film programme; museum presences (Eastbourne’s Towner Gallery is centre stage); and special areas of focus – this year it’s South America and ceramics. Here are ten things which interested me... 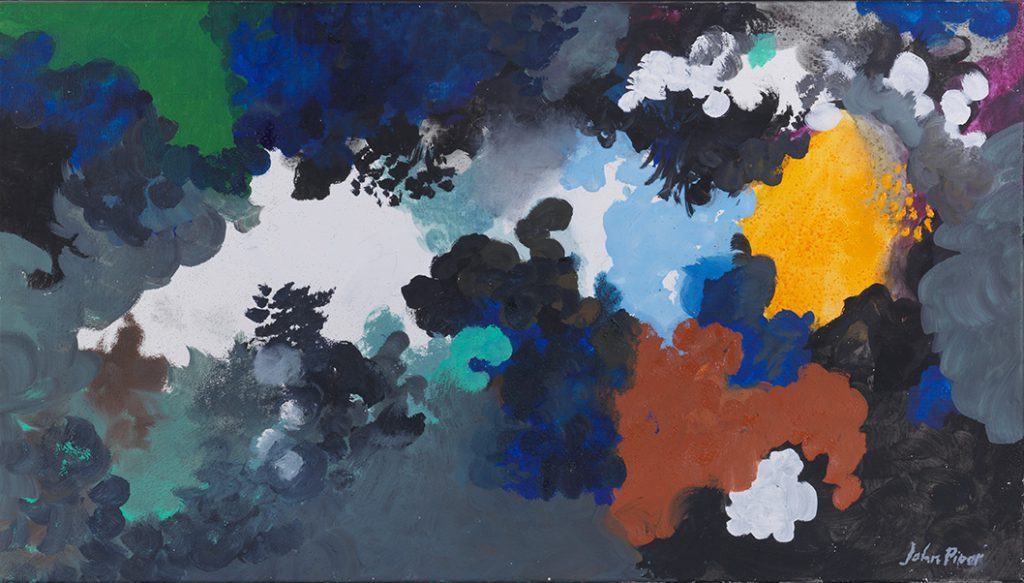 John Piper (1903-92) established a characterful early figurative style, turned to abstraction and then reverted to his mature representational approach, emphasising architecture. I was unaware of his very late, more abstract works: attractively free oil and sand paintings inspired by his garden at Fawley Bottom in Buckinghamshire, where he lived for six decades. 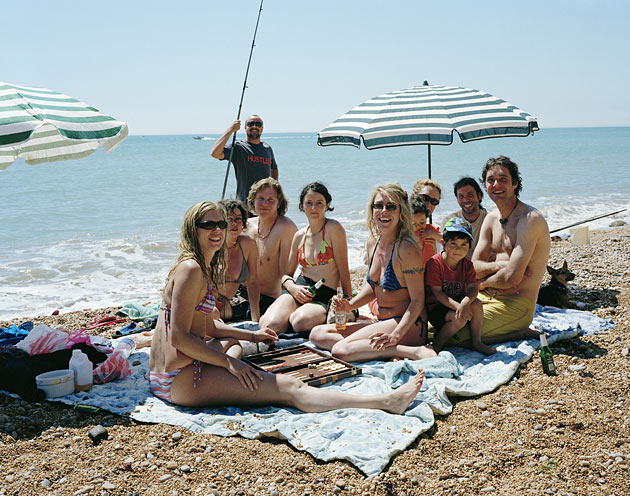 Tim Clark’s choices for Photo50 concentrated on the family. For her series ‘Front’ (2005-07), Trish Morrisey undermined its putative constancy rather directly by asking to take part as families photographed themselves in temporary encampments such as on the beach. Typically, she adopted the role and borrowed the clothes of the mother, who then operated the ready-set camera. That’s her in Chloe Gwynne’s black shorts and red top,  crossing physical and psychological boundaries. 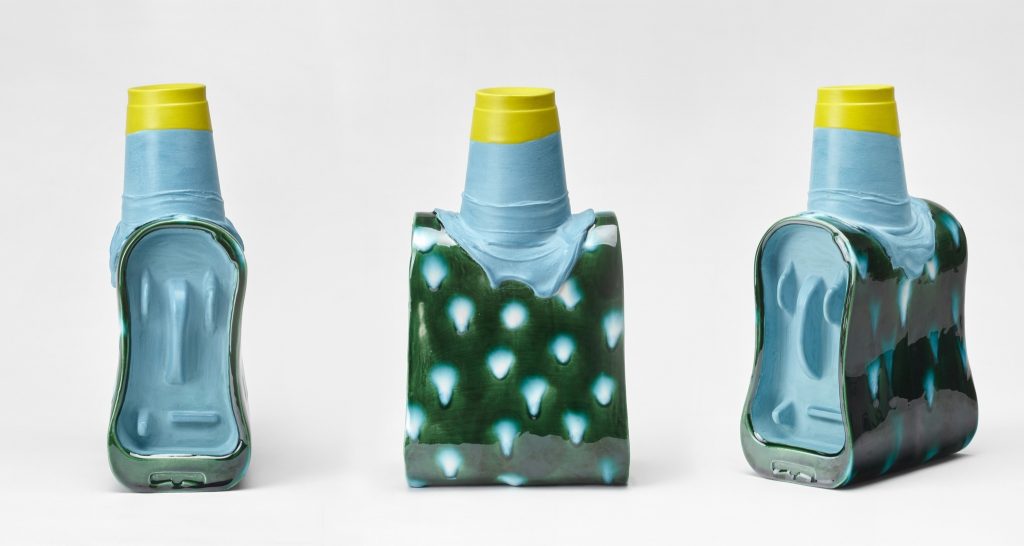 The Peruvian artist picks up plastic containers  from the street – sadly she has no problem sourcing them, making her point about disposable consumption – melds them into her own new forms(nicely titled by merging ‘Huacas’ – the funerary and sacred places in which pre-Colombian sculptures are used – with her name ‘Camet’). She casts the packaging, varnishes and triple fires them with traditional pre-Colombian techniques. Contrary to instinct, I suppose she may be making them less permanent… 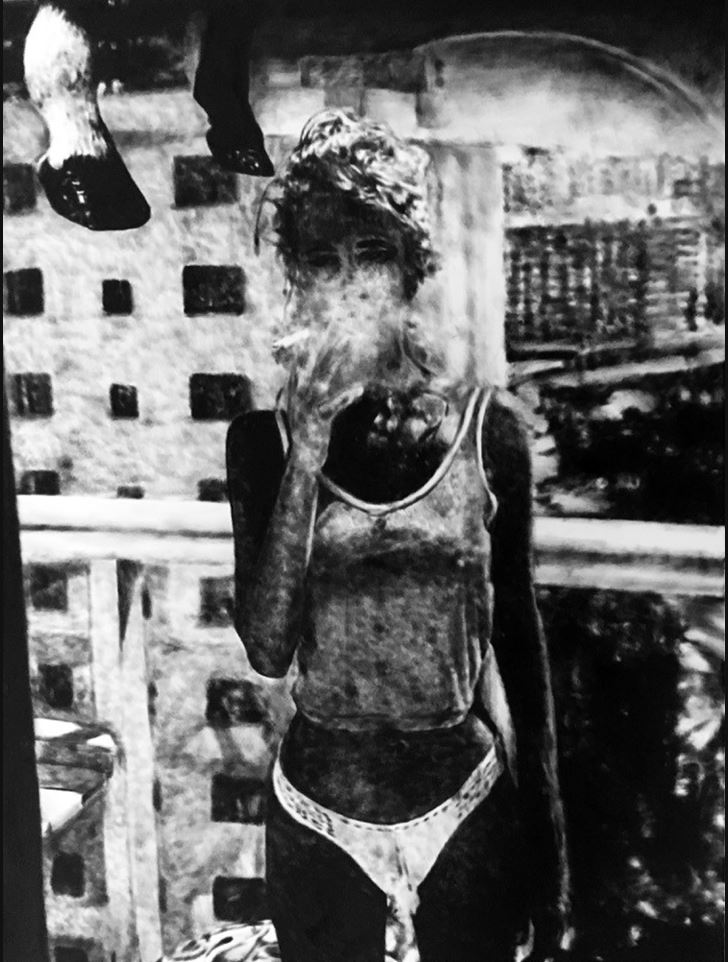 German artist Florian Heinke only ever use black paint – oil, in this case. So of course, the titular rainbow, top right in this persuasively illogical collage-driven composition, is colourless. Two hooves hang down bafflingly, but the image centres on the smoked face, the diffusion from which seems to infect the whole in a bravura handling of paint. 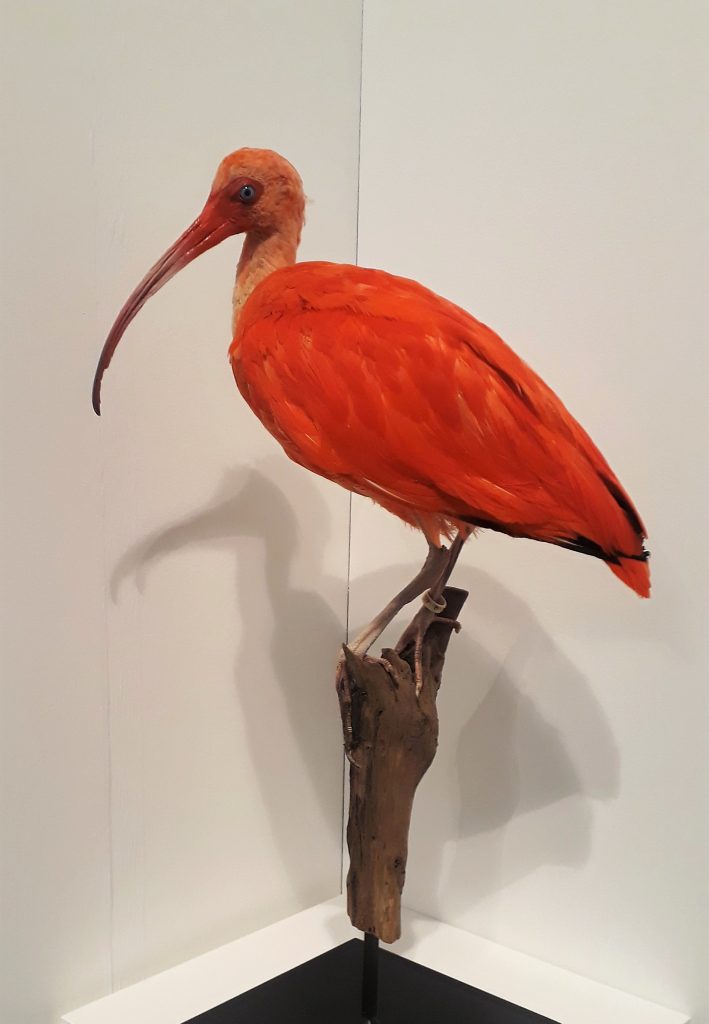 When taxidermy – Polly Morgan and Tessa Farmer being prominent – has reached the art mainstream, it’s been with added conceptual or narrative content. But Elle Kaye explained to me that she was content to present her favoured birds ‘straight’, judging that they needed no help beyond nature. Is it art? Whether or not, her five works are striking and skilfully realised presences – though Elle said that after seven years she was only 70% through her training! 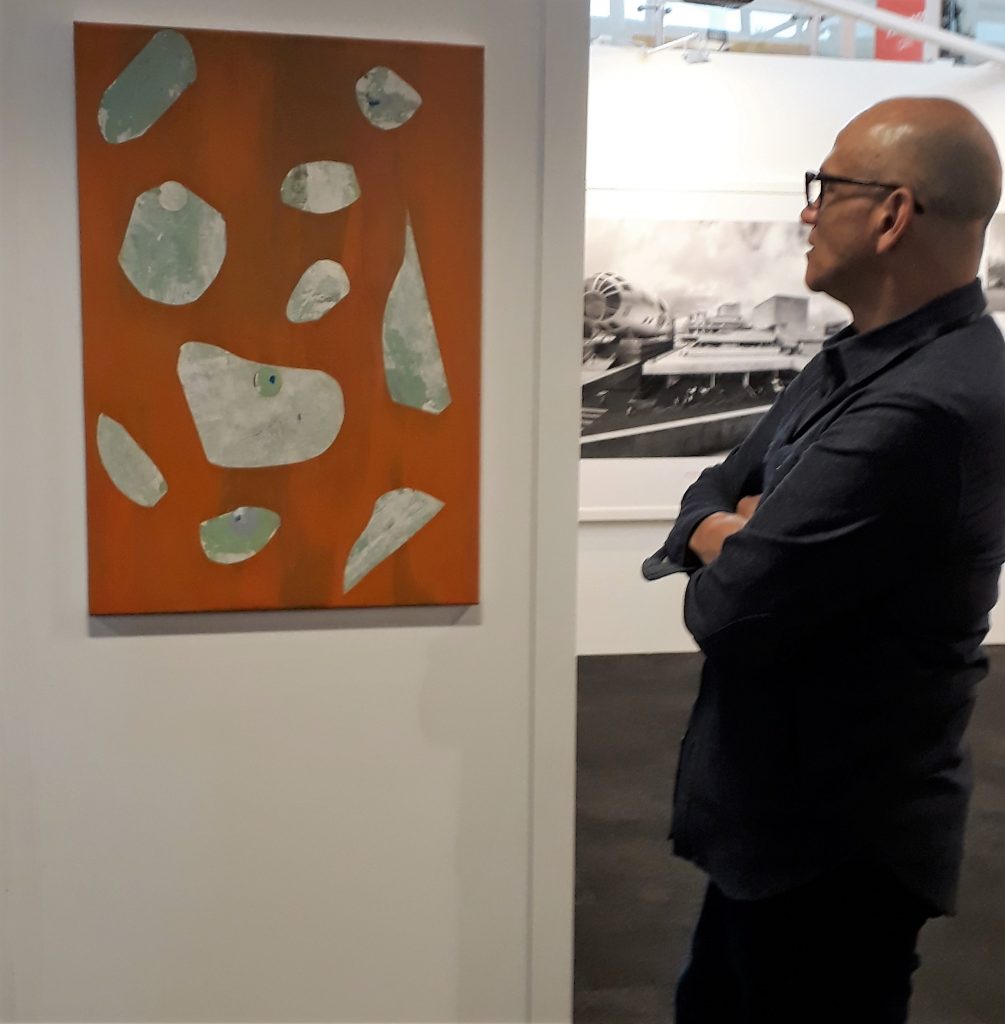 Venezuelan artist Augusto Villalba describes his abstractions-from-observation as ‘marouflage’, a useful term for works attaching painted paper to canvas using an adhesive that hardens as it dries. Here he is with a floaty example which might be reckoned somewhat apocalyptic by colour and the connection to a doomed Shakespearian character. 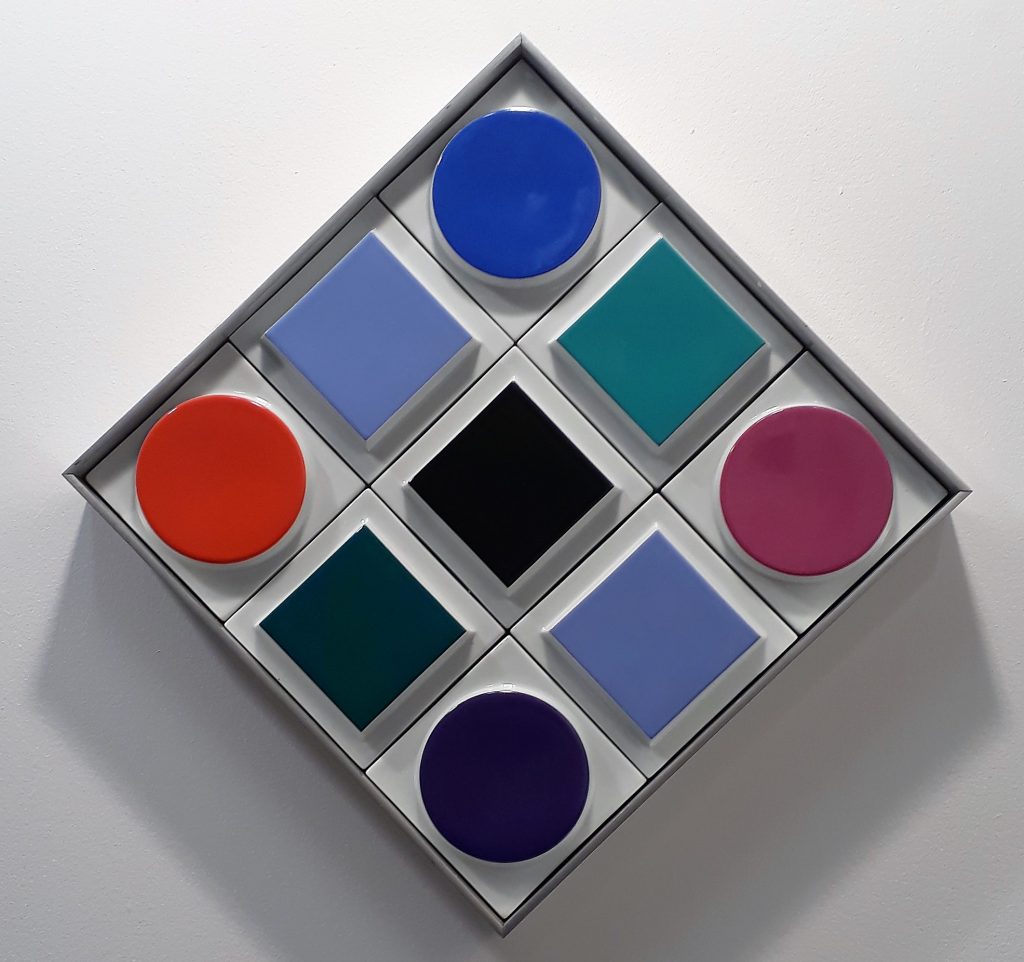 The new ‘Platform’ section gathers a group of galleries focused on – this year – ceramics, and also highlights its presence at other stands. Sylvia Powell, a specialist in the area, brought several pieces from the former Rosenthal Studio in Germany, which collaborated with many leading artists throughout the C20th. This Vasarely relief falls somewhere between paintbox and makeup tray. 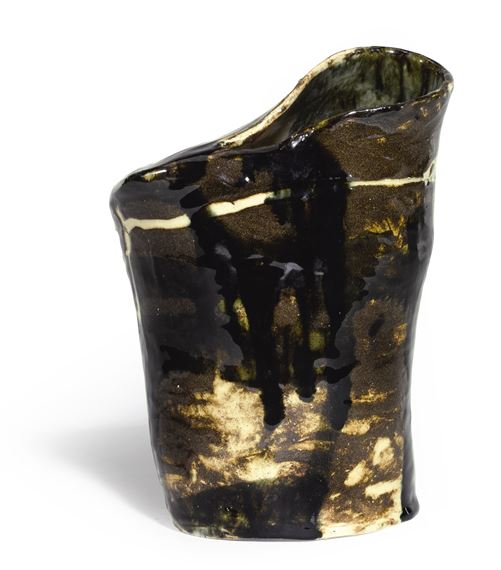 Early Lanyon surprised me, rather as had late Piper: this, one of a few ceramics which the Cornish artist (1918-64) made in the early fifties, does however suggest a steep-cliffed landscape over which we swoop, and so it does seem to bear some relation to his  later paintings, famously inspired by glider flights. 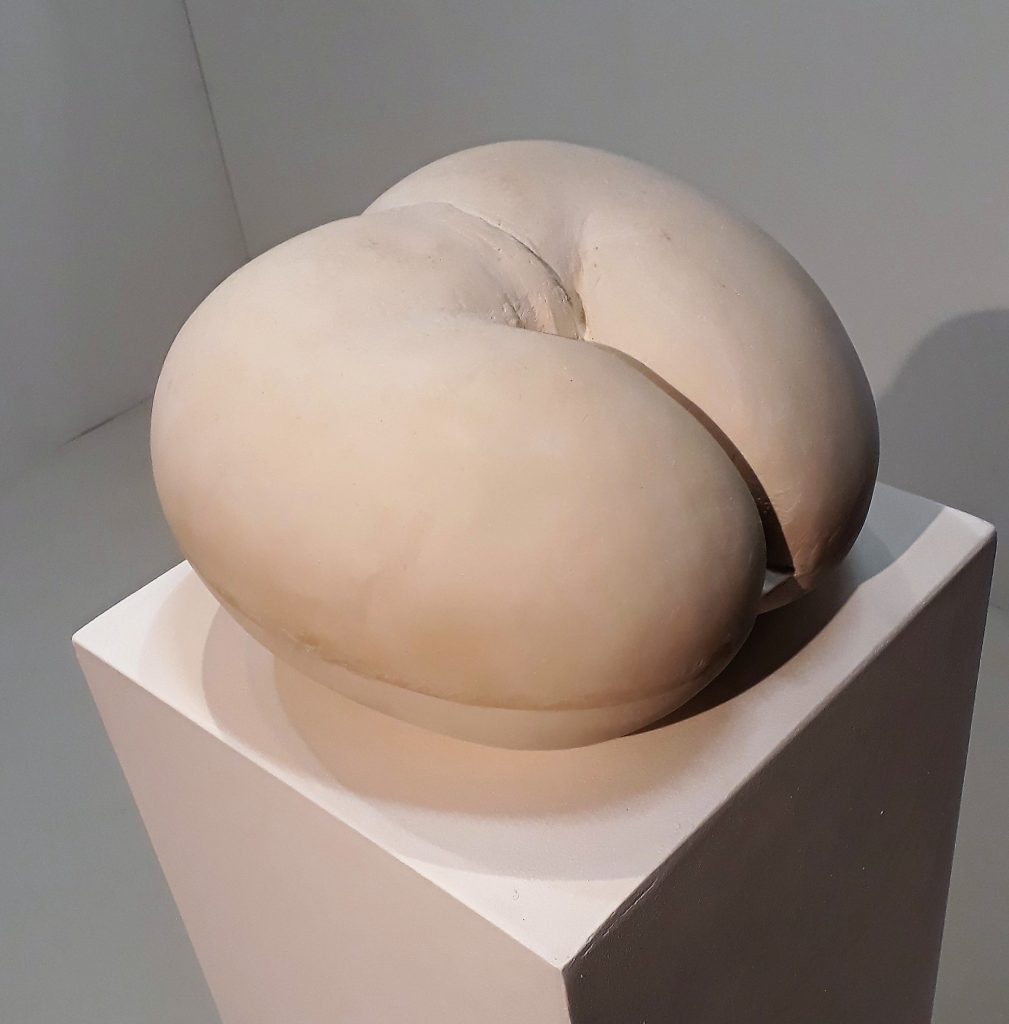 Alba Hodsoll’s ‘Seed’ series doesn’t quite qualify for the ceramics tag: they push the sea coconut, already the most easily sexualised of natural materials, even further by casting them in materials – such as silicone and plaster – which often come into contact with the body for medical or cosmetic purposes. Pushing into the absurd, they are then titled after sex toys – reminding us that Coco de Mer is already the name of a group of high-end sex shops. 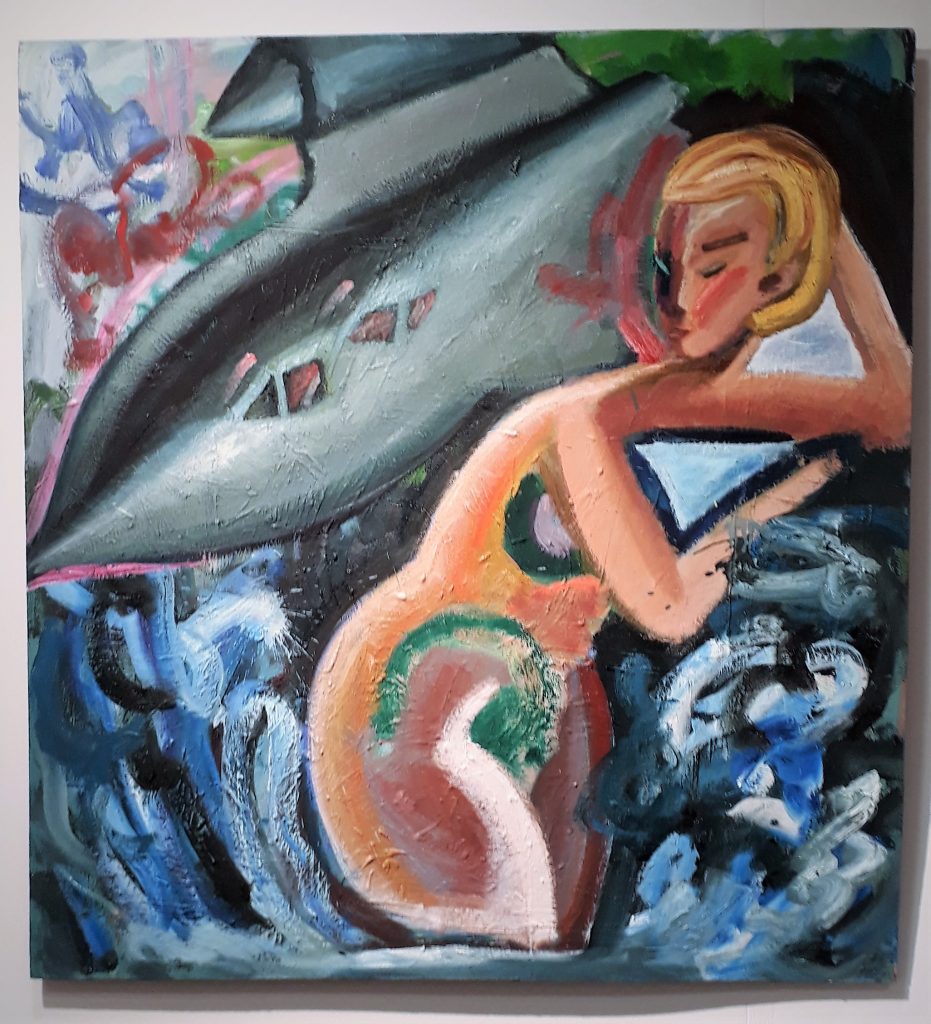 Xiao-yang Li: How I Learned to Stop Worrying and Love the BOMB at Narrative Projects, London

The young Chinese artist brings a slightly rickety urgency to this formal contrast between flesh and metal, pink and black, feminine grace and masculine use of the hydrogen bomb as a symbol of sexual potency. She cites the full title of Stanley Kubrick’s 1964 cold war black comedy ‘Dr. Strangelove or: How I Learned to Stop Worrying and Love the Bomb’ – which ends with massed nuclear explosions by way of a satire on orgasmic release. 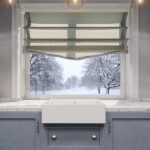 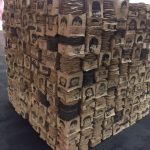 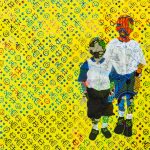 Art Projects returns to London Art Fair 2019 offering a platform for emerging galleries to showcase the freshest contemporary art from across the globe.