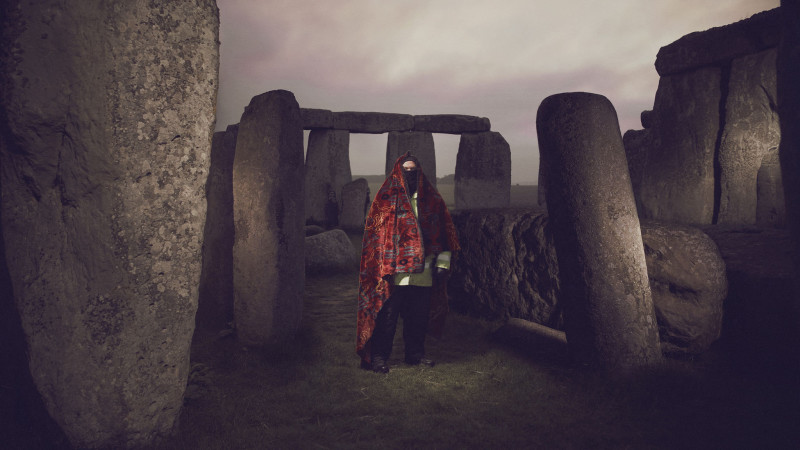 For her latest collection, Sofia Prantera, Aries’ creative director and co-founder has collaborated with
Jeremy Deller. The pair cooked up the concept of ‘Wiltshire B4 Christ’ in 2017, when Deller was working on a project to mark 100 years since Stonehenge was gifted to the public. They took this as a starting point for “Wiltshire B4 Christ”, using images of Stonehenge and Avebury stone circles, mysterious runic symbols and ancient pottery for sweatshirts, T-shirts, and homewares.

“If you go to Stonehenge you can’t really buy interesting T-shirts,”

“That’s how the discussion started: we thought we could do a few pieces for English Heritage.”

The pair not only developed clothing but merchandise and an exhibition featuring images shot by photographer David Sims at Stonehenge — a superior location wangled for the campaign by Deller.

“Stonehenge could be the greatest logo or trademark in the whole world,”

“The silhouette is so recognisable — it probably has more recognition than almost anything in Britain short of the Queen. Stonehenge is a brand, isn’t it?”