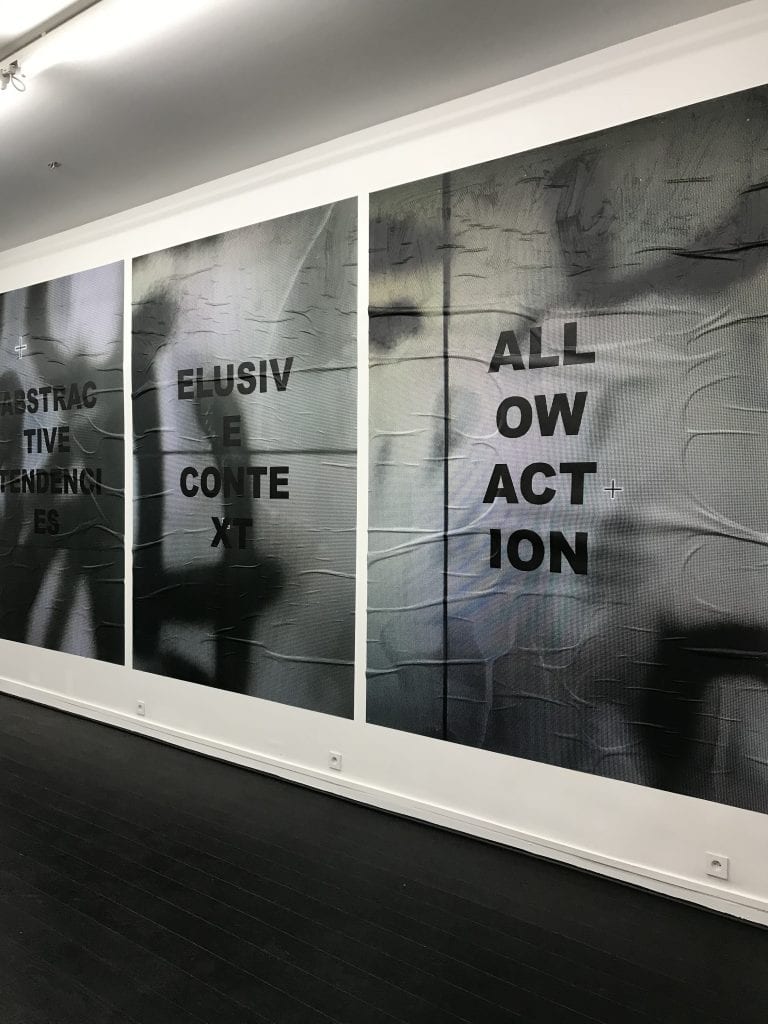 Literature in jet-ski mode by Jean-Max Colard
I have a problem with Stefan Brüggeman’s work – but that’s the kind of problem we like to ask ourselves, like an enigma or an equation for the most mathematicians among us. Formula: if all his plastic work is first and foremost based on text, as the hyper-poems he has been working on in recent months still testify, if writing is obviously Stefan Brüggeman’s first medium, taking place on exhibition walls, posters, mirrors or paintings, if this writing takes various forms, from print to handwritten tags and artist’s books, for all that – and this is the problem: nothing less «literary» than Stefan Brüggeman’s work.

How can we be so textual and at the same time so little literary? The artist himself is attached to this problem: «It is a great question I ask myself every day, an existential question and a contradiction in itself, with which I like to live… It is this space in perpetual change between literal and visual space. I like this problem because it is a perverse one: indeed, Brüggeman’s work might even seem very «anti-literary». This is mainly due to the nature of the texts: film titles, name-dropping of artists’ names,
one of newspapers, and especially expressions from the web or advertising. Texts that are themselves mixed, compressed, and for which we do not know if they are deep thoughts or cosmetic slogans.

We remember that in his famous article published in June 2008 in The Atlantic magazine « Is Google Making Us Stupid?, the American academic Nicolas Carr recorded how the Internet and its surface navigation were opposed to deep reading of books. In a still famous image, Carr opposed the immersive immersion in literature to the jet-ski of the Internet. As such, it might seem that Stefan Brüggeman is very maliciously trying to shift the text and its traditions into the culture of jet skiing.

But that would mean forgetting all the plastic work done by the artist on these texts, all these operations of transfer, all these games of scale that tend to blur the limits of the readable and the visible: thus for this series of posters that you have before you, the work comes from multiple actions: this is the paper version of a series of paintings entitled «Hi-Speed Contrast Paintings». To make them, the artist made a double transfer: detailed photographs are digitally increased until they become unreadable, while the text is added via photoshop. The screenshot resulting from this double transfer is then printed on aluminum and finally painted by hand. Thus, and here I find my problem again, it seems to me that this «non-literary textual work» is trying to say something to literature: namely that to become truly a
«contemporary art», literature must still free itself from its literary ways of being, its conventions, its prejudices, and its specifications. And in this sense, then, nothing is more literary than this work that attempts to bring literature into the paradigm of the contemporary. It was about time. 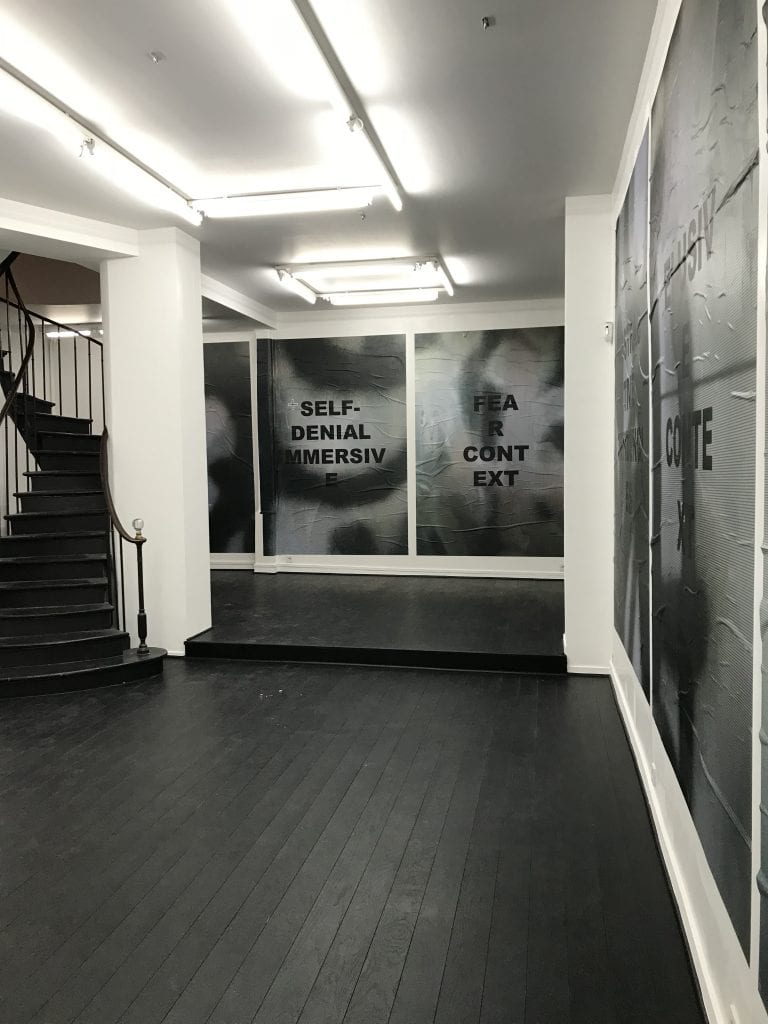