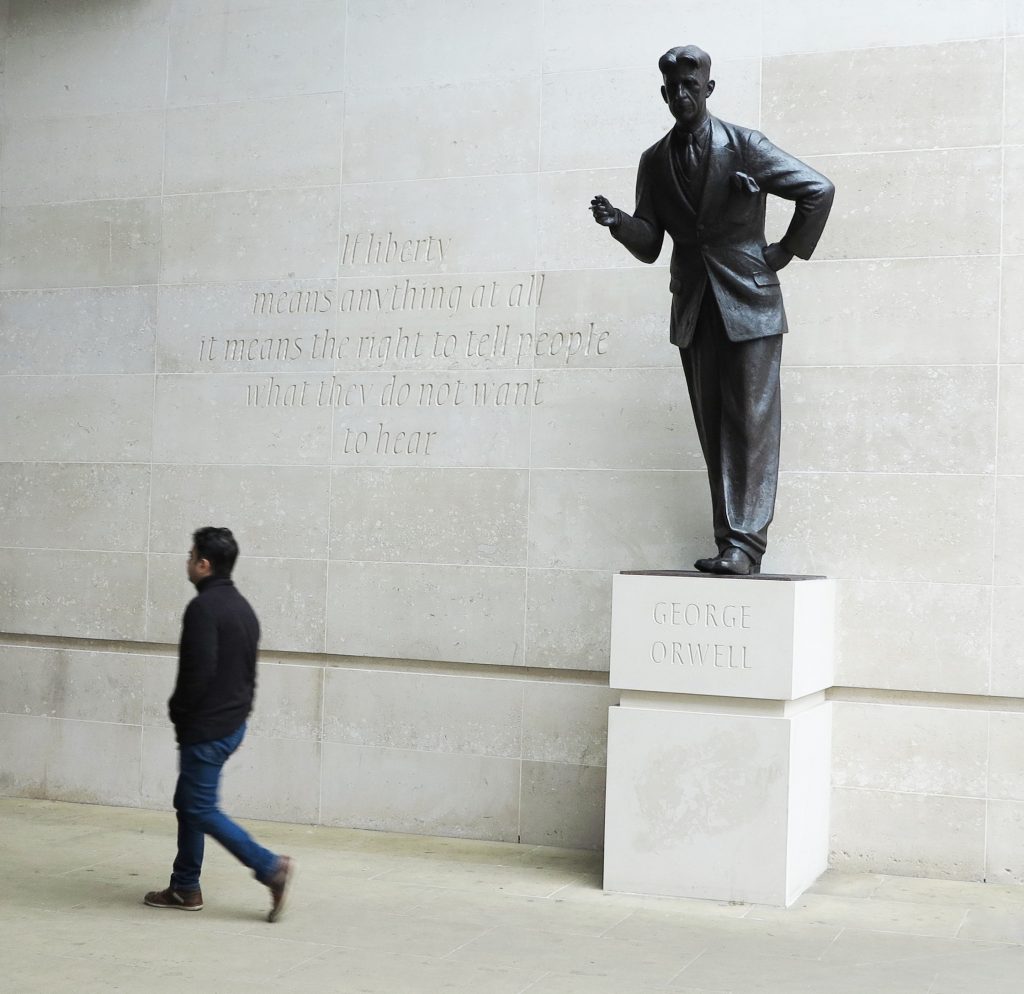 Having forged his reputation as a sculptor of national renown with celebrated works such as his statues of John Betjeman at St. Pancras Station, Philip Larkin in Hull and, more recently, Britain’s first statue of Charles Dickens for Portsmouth, Martin Jennings’ larger-than-life-size sculpture of George Orwell for the BBC has earned him the PMSA Marsh Award for Excellence in Public Sculpture.

The piece, which stands outside BBC Broadcasting House, was installed in November 2017 and enthusiastically welcomed as an important addition to London’s artistic and intellectual landscape.

Jennings also won the prize in 2017 for his ‘Women of Steel’ sculpture for Sheffield City Council. No-one has won in consecutive years before.

“The Awards are the best thing going in our profession, so it was a huge honour to receive this. The PMSA Marsh Award really matters to me and my peers as it is judged by art critics, fellow artists and academics. Each year they travel the length and breadth of the country looking at new work. Unusually this year the shortlist for the prize was all figurative sculpture.”

“All three shortlisted entries in this year’s ‘Excellence in Public Sculpture’ category represented individuals who fought – in one way or another – for liberty, truth and justice: George Orwell, Millicent Garrett Fawcett and Martin Luther King. I suspect the judges were making a point about the political times in which we live. My Orwell is treating his plinth like a soap-box – he’s leaning forward to buttonhole you with his thoughts on liberty and free speech”.

While debates currently rage across the globe – particularly in the USA – about the appropriateness of retaining statuary made originally to commemorate individuals who were slave traders, slave owners or the more extreme imperialists, Jennings believes the PMSA Marsh Award serves to remind people that new public art is increasingly being commissioned to represent figures whose values were the opposite of these.

Martin Jennings’s sculptures are hugely in demand – last month he unveiled two new works; statues of John Radcliffe in Oxford and Stanley Baldwin in Bewdley, Worcestershire. On 21st November, he will launch the model for a new Jane Austen monument to stand outside Winchester Cathedral. 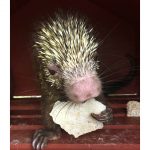 All communities are reaping the benefit in the 2013 UK city of culture, as visitors pour in and a new generation of talent flourishes, with a little help from old hitmakers

It’s a man’s world… but why is sexism ingrained in the arts?

Once again, the top jobs at two major British cultural institutions, the BBC and the Royal Opera House, have gone to male appointees

It will include around 200 drawings dating from the beginning of the 20th century to the present day by both established and emerging sculptors.