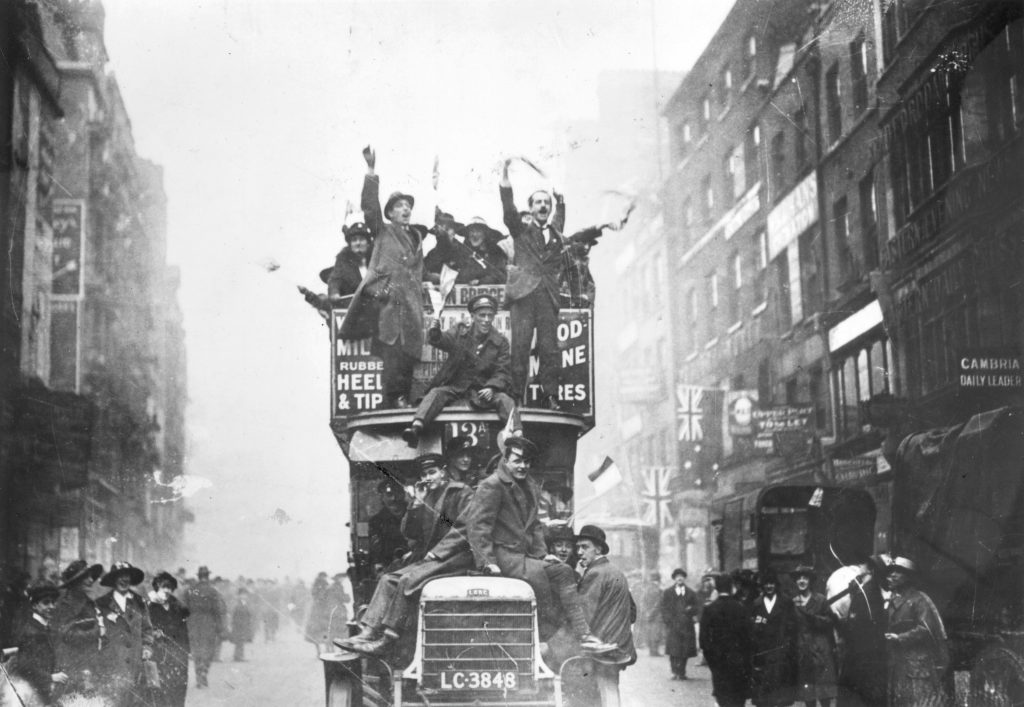 Crocelebrating the signing of the Armistice at the end of World War 1, 11 November 1918. Photo by Topical Press Agency_GettyImages

A new poem by Carol Ann Duffy written to mark the centenary of Armistice Day has been released today. Danny Boyle invited Duffy to write a poem as part of Pages of the Sea, which will see thousands of people gather on beaches across the UK and the Republic of Ireland for an informal, nationwide gesture of remembrance on 11 November 2018. The title of Danny Boyle’s Armistice commemoration Pages of the Sea is inspired by the last line in Duffy’s sonnet and is commissioned by 14-18 NOW.

The Wound in Time will be read by individuals, families and communities as they gather on beaches on 11 November and is also available online.

THE WOUND IN TIME
It is the wound in Time. The century’s tides,
chanting their bitter psalms, cannot heal it.
Not the war to end all wars; death’s birthing place;
the earth nursing its ticking metal eggs, hatching
new carnage. But how could you know, brave
as belief as you boarded the boats, singing?
The end of God in the poisonous, shrapneled air.
Poetry gargling its own blood. We sense it was love
you gave your world for; the town squares silent,
awaiting their cenotaphs. What happened next?
War. And after that? War. And now? War. War.
History might as well be water, chastising this shore;
for we learn nothing from your endless sacrifice.
Your faces drowning in the pages of the sea. 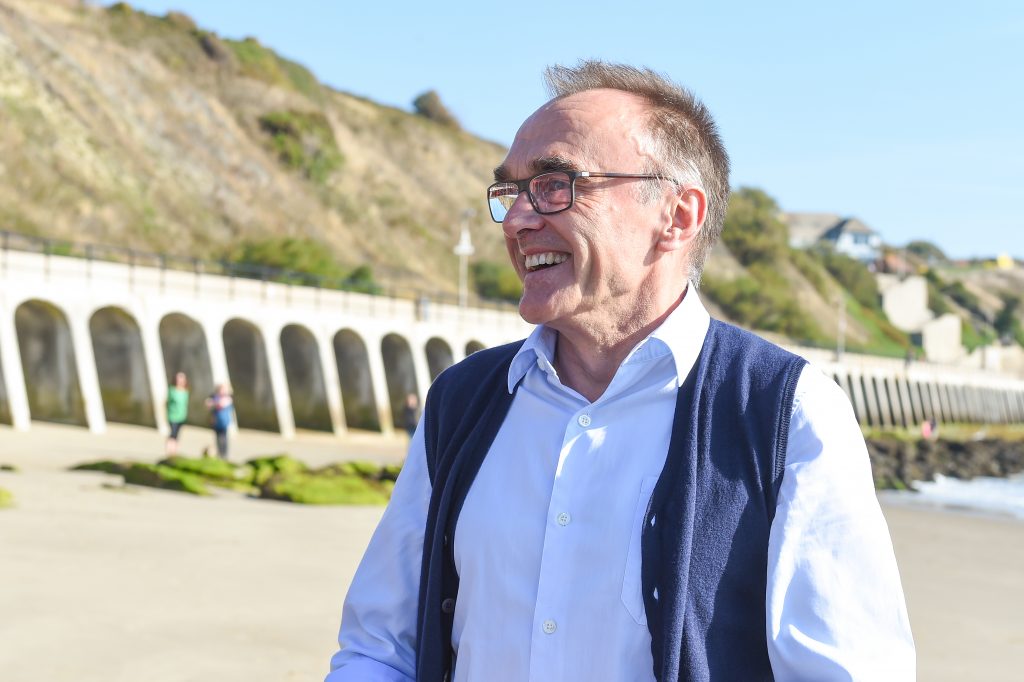 “I hope that Carol Ann Duffy’s poem will be something that you’ll read privately as individuals, or with friends, or publicly amongst people on the beach on 11 November. Poetry in First World War was such an extraordinary artform – it reported in the way that television does now on experiences that were unimaginable to the people at home.”

Millions of people served in the First World War and the vast majority left by sea. On Sunday 11 November, people are invited to assemble at one of a number of beaches at low-tide to take part in a series of community-led events, including readings of The Wound in Time. A large-scale portrait of a casualty from the First World War, designed by sand artists Sand In Your Eye, will be drawn into the sand in many locations and washed away as the tide comes in. In addition, the public will be asked to join in by creating silhouettes of people in the sand, remembering the millions of lives lost or changed forever by the conflict.

The public is also invited to explore an online gallery of portraits of some of the men and women who served in the First World War, and select someone to say a personal goodbye to either via social media or as they gather in person on beaches on 11 November. The images are drawn from the Imperial War Museums’ “Lives of the First World War” which aims to tell 8 million stories of those who served from Britain and the Commonwealth. Visitors to the website can also add portraits of members of their family or community who contributed to the First World War.

The work is commissioned and produced by 14-18 NOW, and is the culmination of the five-year programme of arts commissions marking the First World War centenary. It is delivered with partner organisations across the UK: National Trust; Activate Performing Arts; Creative Foundation; Eden Project; National Theatre Scotland; Nerve Centre; Sunderland Culture; Taliesin. The work is in association with Aberystwyth Arts Centre; The Grand Theatre of Lemmings; Magna Vitae; MOSTYN; SeaChange Arts; Swansea Council; Swansea University; Theatre Orchard; and Visit Blackpool. Each is invited to create their own event centring around the sand art on the beach and reading of the poem, tailored to reflect the sacrifices of their local community.

The public can see which beaches are taking part by visiting www.pagesofthesea.org.uk
#PagesoftheSea

Artist Duke Riley to create an epic performance with 1500 pigeons above the river Thames this week.