The Redfern Gallery is exhibiting a comprehensive retrospective of works by Paul Feiler (1918-2013), in honour of his centenary year. The exhibition forms part of a series of events curated throughout 2018 to mark 100 years since Paul Feiler’s birth, including the launch of a new monograph published by Lund Humphries; a major museum retrospective Paul Feiler: One Hundred Years at the Jerwood Gallery; as well as the acquisition by Tate of a key late painting Janicon LXII (2002). 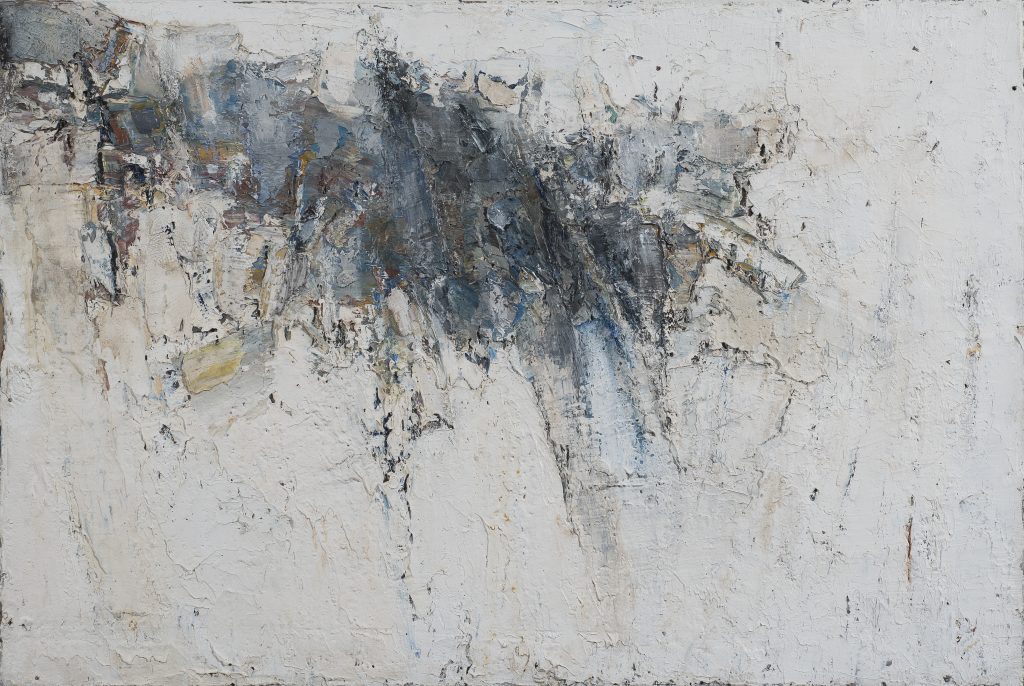 Paul Feiler is one of the group of internationally renowned artists who lived and worked near St Ives
during the 1950s and 60s, which included Peter Lanyon, William Scott and Roger Hilton. During his
lifetime, Feiler was given two major retrospectives at Tate St Ives and his work is displayed in its
current exhibition, Modern Art and St Ives.

Elusive Space: A Centenary Retrospective will feature key works spanning varying stages of Feiler’s
career. The artist’s paintings were often inspired by the cliffs and inlets of the coast of south-west
Cornwall. A number of the earlier pieces seek to evoke the sensation of the landscape – of rain
sweeping in from the west, the sea pounding the cliffs, the grey granite of harbour walls and houses,
and the rapidly changing light. Pivotal works include: Grey Receding (1964-65), Evening Harbour, Low
Tide (1953) and Scathe, Brown (1963). 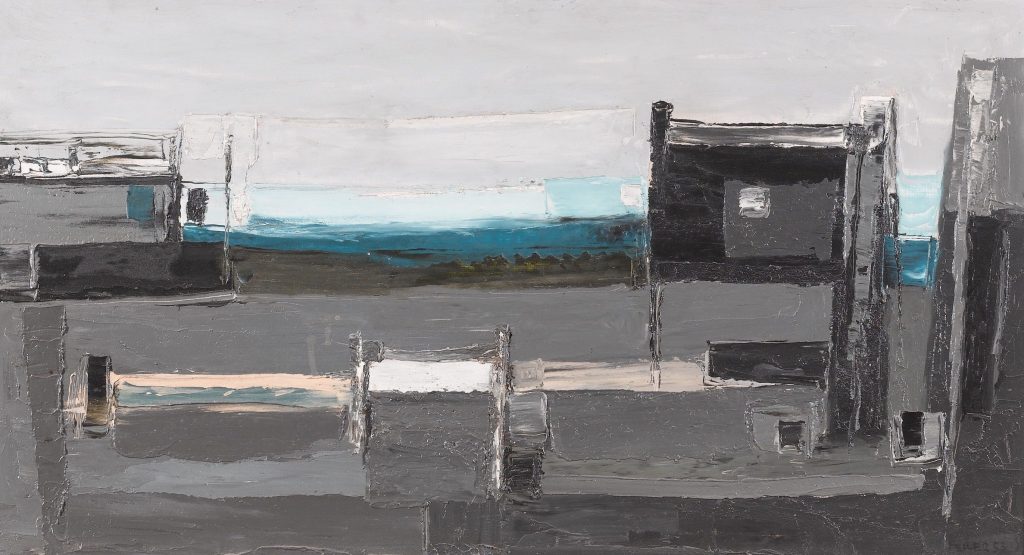 Peter Lanyon had described how he “could almost taste the quality of” Feiler’s depiction of sand in the seascapes. Lanyon added that Feiler achieves “a sense of calm and a sense of pause”.
In the late 1960s Feiler moved from painterly abstraction to oils inspired by the lunar space landings.
From the 1970s onwards, Feiler explored the elusive nature of space through a distinctive square
format of narrow bands of colour, often incorporating silver and gold leaf. Based on the idea of a
hidden shrine or sacred space, he continued to develop these ideas over more than 40 years. These
later works were described by his friend Alan Davie as “some of the most mystical magic pictures I
have ever seen”

Additional highlights of his later work, not seen at the Jerwood Gallery retrospective, include Zenicon
XXVIII (2007) and Square Relief VIII (2009), both showcasing his mixed media use of oil, emulsion,
silver leaf, gold leaf, stainless steel and Perspex.

About The Artist
After graduating from The Slade School of Art, from 1946 onwards he taught at the West of England
College of Art in Bristol, where in 1960 he became Head of Painting. In 1953, with the proceeds of
his first sell-out exhibition at The Redfern Gallery, Feiler bought a disused chapel near Penzance
which he converted into a home. In 1973 he and his family moved permanently to Cornwall and, a
year later, he took over his friend Bryan Wynter’s studio at Paul (originally used by Stanhope
Forbes). During this time Feiler forged close friendships with many of the leading St Ives artists.
Feiler’s work is held in many public collections, including Tate; the Victoria and Albert Museum;
Kettle’s Yard and the Arts Council. International collections featuring his work include the Gallery of
Modern Art, Washington, DC; the Bibliothèque Nationale, Paris and the Toronto Art Gallery, Canada.