Conrad Shawcross: After the Explosion, Before the Collapse - FAD Magazine
Skip to content 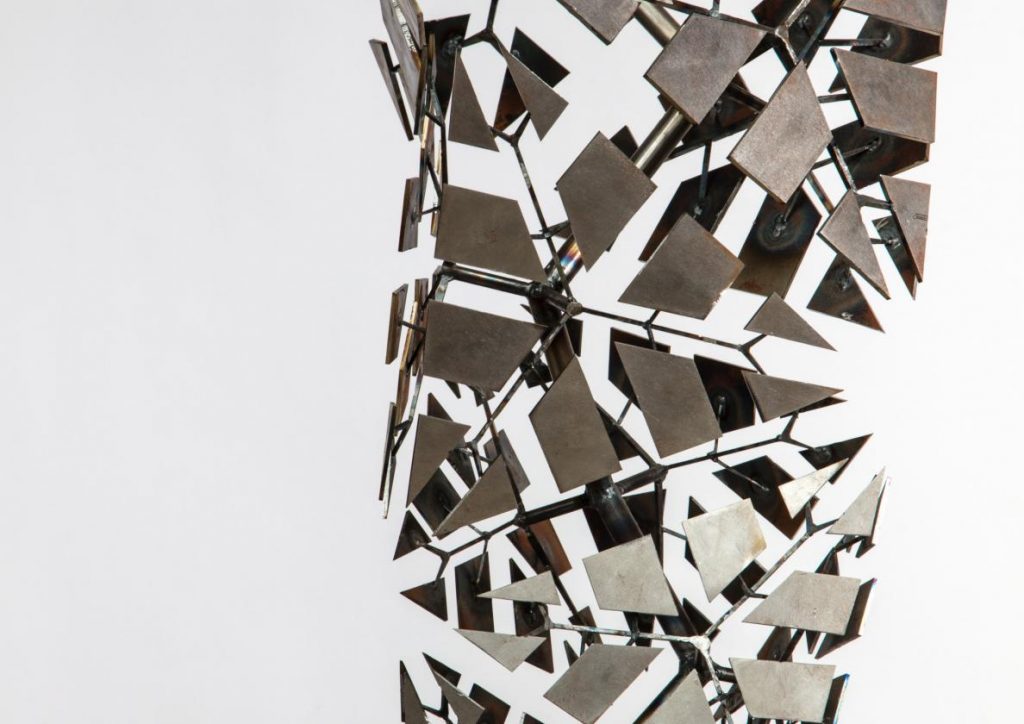 An exhibition of new works by Conrad Shawcross. After the Explosion, Before the Collapse features new Fracture sculptures and two new mechanical works, in addition to a sequence of unique photographic prints created by firing a laser through a series of faults in fragments of glass. United by an aesthetic akin to that of scientific models, the abstract works on view continue to deal with notions of time, entropy and disappearance.

About The Artist
Conrad Shawcross was born in 1977 in London, where he currently lives and works.
Shawcross has undertaken numerous prestigious commissions. In June 2017, the Royal Academy of Arts and St Pancras International unveiled the major site-specific installation, The Interpretation of Movement (a 9:8 in blue), as part of the Terrace Wires series. The work was on view until December 2017. Unveiled in autumn 2016, The Optic Cloak is a major architectural intervention for the Greenwich Peninsula low carbon Energy Centre. Paradigm, 2016, is a permanent installation which marked the inauguration of The Francis Crick Institute in King’s Cross. Three Perpetual Chords, 2015, is a series of permanent sculptures commissioned for Dulwich. The Dappled Light of the Sun, 2015, first installed in the Annenberg Courtyard of the Royal Academy of Arts, London as part of the Summer Exhibition 2015, is an immersive work comprising branching cloud-like forms made of thousands of tetrahedrons.

Earlier commissions and artist projects include The Ada Project, an ongoing series of musical commissions between Shawcross and leading contemporary composers, which was conceived for the Palais de Tokyo, Paris, 2013, and subsequently travelled to venues in Tasmania, London, Hong Kong and Denmark. Shawcross was one of three contemporary artists invited to create works inspired by Titian’s masterpieces for the project Metamorphosis: Titian 2012, an ambitious collaboration with the National Gallery and Royal Ballet. He was Artist in Residence at the Science Museum, London, from 2009–2011, and his first public realm commission Space Trumpet, installed in the atrium of the refurbished Unilever Building in London in 2007, won the Art & Work 2008 Award for a Work of Art Commissioned for a Specific Site in a Working Environment. In 2009 Shawcross was awarded the Illy prize for best solo presentation at Art Brussels, and elected as a Royal Academician in 2013.