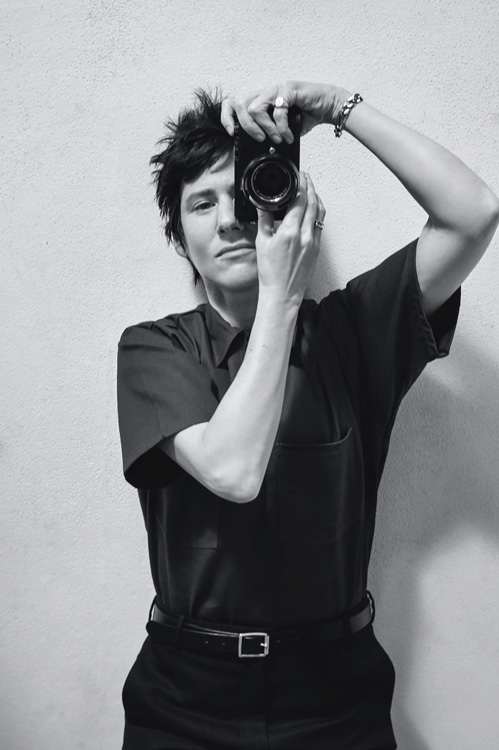 The selection of photographs by the artist are some of Schorr’s more recent work. The exhibition draws upon her persisting concern with what it means to represent a body – and a self – through a photograph. As well as practicing as an artist, Schorr has worked as a fashion photographer for over a decade, and her work contains within it a core sense of the complex dynamic between the camera and the performativity of a subject in portraiture. 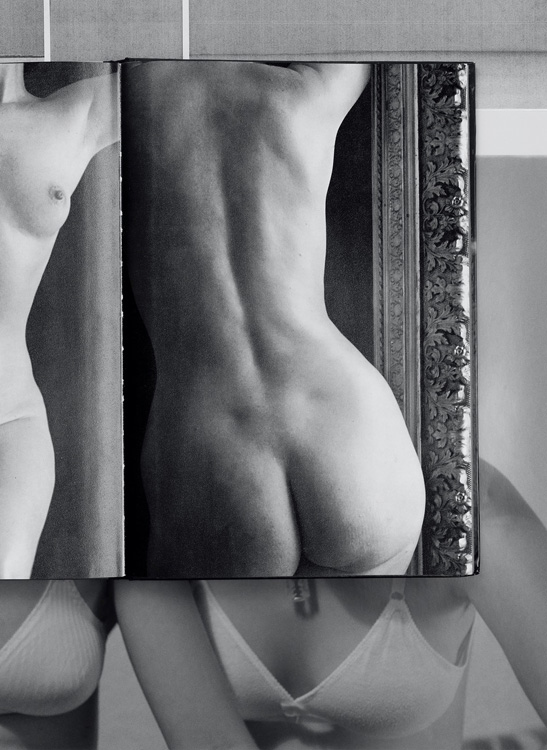 Schorr’s early work was made in the 1980’s and 1990’s in New York, during the coalescence of postmodernism and identity politics. Her work from that period navigated the tension between documentary and fiction, and tested out the capacity of photography to unveil desire and repression, explore taboo identities, and highlight the contradictions inherent in subjectivity, especially in relation to the masculinity and femininity. Gender is still a central concern in Schorr’s work, and her recent body of photographs probes the relationship between womanhood in image production and the shifting nature of desirability.

About The Artist
Collier Schorr was born in New York City in 1963 and she continues to live and work there. Schorr’s work has been exhibited at such institutions as LUMA, Arles, Museum of Modern Art, New York; the Museum of Contemporary Art, Krakow, Poland; Le Consortium, Dijon; the Los Angeles County Museum of Art, Los Angeles; the Solomon R. Guggenheim Museum, New York; Kunstwerke, Berlin; the Walker Art Center, Minneapolis; Stedelijk Museum, Amsterdam; and the Consorcio Salamanca, Spain. Five monographic publications on Schorr’s work have been published by MACK, United Kingdom. 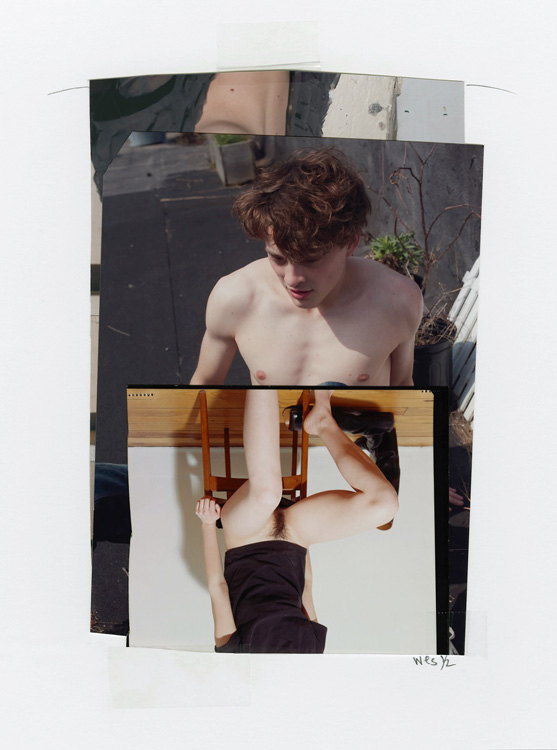 I began as a picture collector. Not an art collector, but someone who takes pictures out of magazines and hangs them in carefully curated groups on a wall. The groups are organized by random themes like Girls I Like, Clothes I Want, Places I Want To Go, People I Wish I Was. They come from magazines, first that my parents subscribed to and later from copies I buy myself. I continue this practice from age 14-21. From when I start high school to when I graduate college. I am utterly convinced that it doesn’t matter if these women are as they seem in the pictures. I believe that how they seem in the pictures is important. Revolutionary even. They look at one another with longing or they look at themselves. And when I put them next to each they seem like a tribe. When I am in high school I tell people I want to be a fashion photographer and that’s why I have pictures of these women on my wall. That is not at all true. Not because I don’t want to be a fashion photographer, but because I think that would be totally impossible to achieve. I’ve seen Blow-Up. I’m not that guy. And so I will be a writer.

I’m telling you this because I think it’s more interesting than telling you that I tear my own pictures out of magazines with the same sense of being seduced and conflicted that I felt in college. Yes we can bandy about the term appropriation. Yes I worked for Richard Prince and yes I moved around his appropriations with educated ease. But Richard always maintained the thrill doesn’t lie in the exchange with the subject, but with the way the lifted image folds into his particular desire/narrative battlefield. I understood this distance but also could imagine the pleasure at directing—even if I began to doubt the seduction, further educated to see a danger in a strong-looking woman in heels. A siren drawing her own kind to the treacherous rocks.

Most of these images in this exhibition have been taken in private. The earliest, in Germany, the latest in Paris in the singer Jehnny Beth’s home. They have less to do with commercial photography. And yet ‘Self Portrait of Myself -Camera Body (CS)’ is in fact a fashion photograph, an outtake from a Fantastic Man editorial. Auto-appropriated, it’s the closest of the images to a tear from a magazine. And I’m conscious of the history of photographers shooting themselves and I imagine I look like Diane Arbus, on my back. I’m retouched. The thing about making fashion pictures that I like the most is the arena of permission. Even if today we are in the midst of a crisis in this arena, I would say photography has always been the locus of crisis. It’s always a worry. (And the fashion body has always been troubled). Are the pictures taken in private rooms different pictures? Am I different? We can tell you a million stories and lies about pictures, about how smart they are, how radical they are, how unique they are, how old-fashioned they are. But really how about this: These are the pictures I want you to be around. Like a deck with thousands of cards, this is the hand I’m playing. It includes people, mainly artists, some who have come to my studio with little purpose other than to be in a picture, granting permission to be seen and inscribed into an ongoing collection of photographs. -Collier Schorr, NYC, 2018