New Museum to present the first major survey exhibition of Sarah Lucas in the U.S.A. - FAD Magazine
Skip to content

The New Museum is to present “Sarah Lucas: Au Naturel,” on view from September 26, 2018 to January 20, 2019. The first major survey in the United States of the work of British artist Sarah Lucas (b. 1962, London, UK), the exhibition spans Lucas’s entire career, bringing together some of her most iconic works and series from the late 1980s to today. “Sarah Lucas: Au Naturel” is curated by Massimiliano Gioni, Edlis Neeson Artistic Director, and Margot Norton, Curator. 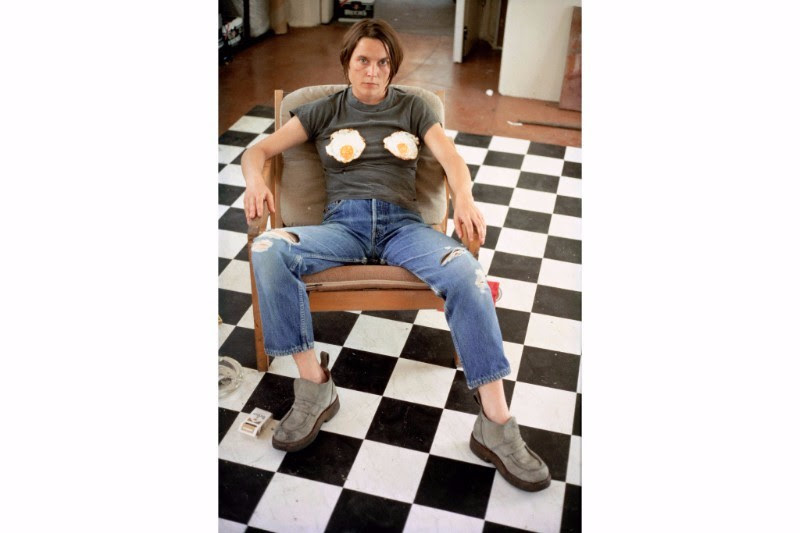 Initially associated with a group known as the Young British Artists (YBAs), who began exhibiting together in London in the late 1980s, Lucas is now one of the UK’s most influential artists. This presentation, which will take place across the three main floors of the New Museum, will bring together more than 150 works in photography, sculpture, and installation to reveal the breadth and ingenuity of her practice. The exhibition will address the ways in which Lucas’s works engage with crucial debates about gender and power, along with the legacy of surrealism—from her clever transformations of everyday objects to her exploration of sexual ambiguity and the tension between the familiar and the disorienting or absurd.

“Sarah Lucas: Au Naturel” will feature some of Lucas’s most important projects, including early sculptures from the 1990s that substitute domestic furniture for human body parts, and enlarged spreads from tabloid newspapers from the same period that reflect objectified representations of the female body. Alongside the photographic self-portraits that Lucas has produced throughout her career, the exhibition features biomorphic sculptures including her stuffed-stocking Bunnies (1997–ongoing) and NUDS (2009–ongoing), the Penetralia series (2008–ongoing), and selections from her installations at the Freud Museum in London (2000) and the British Pavilion at the Venice Biennale (2015). These works, which complicate inscribed codes of sexual and social normativity, have never been shown together in the United States. Lucas is also creating new sculptural works for the exhibition, which will be exhibited in an installation on the New Museum’s Fourth Floor.

The title of the exhibition, “Au Naturel,” is taken from a sculpture Lucas created in 1994, in which an assemblage of objects suggestive of sexual organs adorns a mattress that slumps in the corner as if it were reclining. In an art historical context, “au naturel” commonly refers to paintings of female nude figures, and literally translates from French as “in the nude.” Applying the term to Lucas’s greater body of work, the title speaks to the immediacy, intimacy, and directness of her images and speculates on the possibility of a natural state, perhaps without the limitations of established social structures and gender conformity.

Drawing on art historical references, cultural stereotypes, and tabloid culture, Lucas’s works take a demonstrative stance against puritanism, conformism, and misogyny with distinct irreverence and wit. The combination of these strategies results in a powerful evocation of the themes of death, sex, and religion as they continue to influence contemporary life. 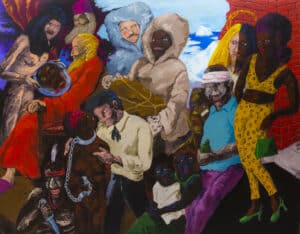