Skeleton Key is Claire Baily’s second exhibition at Castor which brings together a new series of wall based objects and freestanding sculpture. 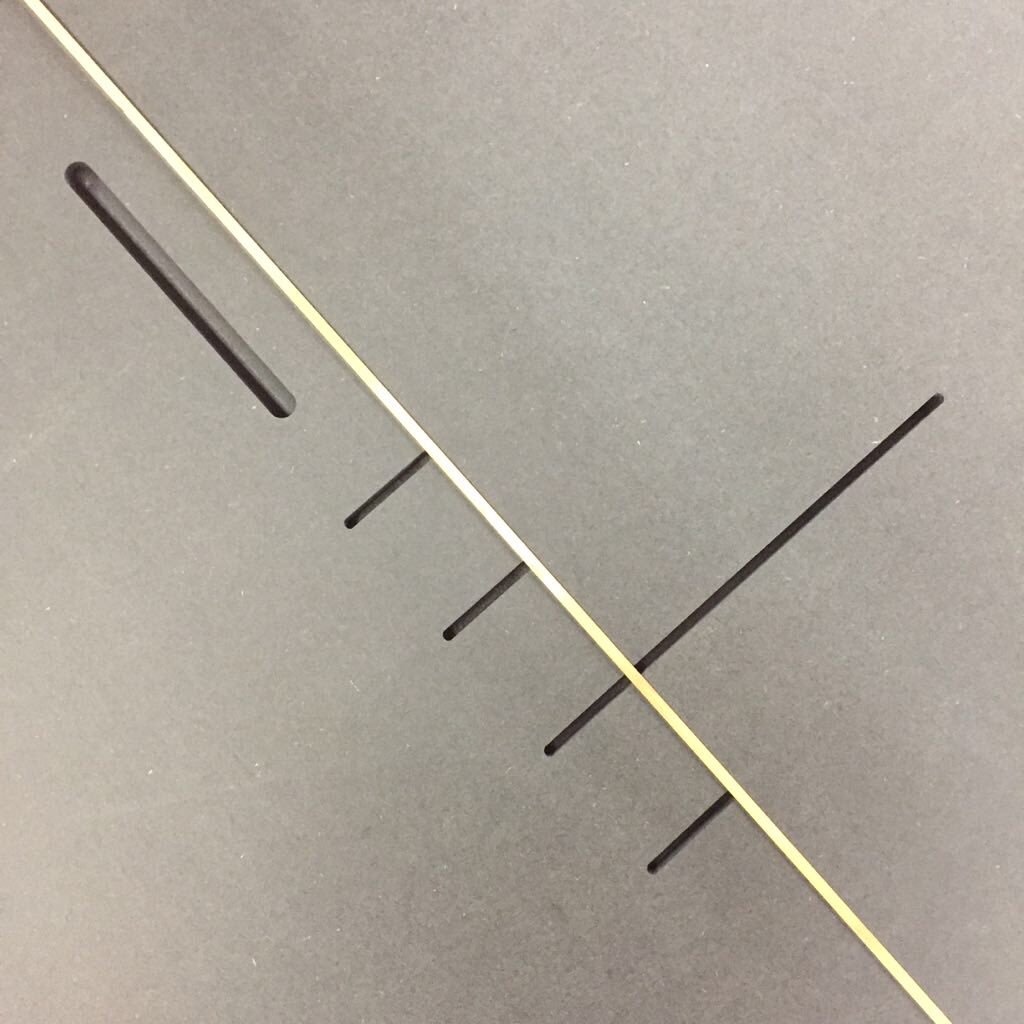 With a broad reaching interest in both the abstraction of time and the semiotics of history, from ancient tablatures to the modern day, she appropriates ideas of mark making and industrial process through a deep understanding of materials, form and design.

Sitting somewhere between the sculptural (mass, materiality, carving) and painting (surface quality, flatness and the drawn line) these pieces acknowledge the history of communication; simultaneously ancient and futuristic.

A skeleton key is a type of master key in which the serrated edge has been filed down so that it can open numerous locks, most commonly the warded lock. The term derives from the fact that the key has been reduced to its essential parts.

The wall based sculptures incorporate a purposefully abstract language, alluding to both familiar and unusual symbols. The brass forms collectively create a key, or menu, which are set flush into the surface and offset against a deep oiled black. The internal cut forms take inspiration from the tools of metalworkers and clock makers, which due to their intricacy are often beautifully crafted forms themselves.

Whereas previous works have been made by casting jesmonite panels, Skeleton Key sees Baily explore uses of Valchromat, a sheet material often used in furniture making and interiors. The drawn line and details are made by a CNC router to emulate the precision of the clockmaker. While brass is used to elevate, frame and fill in details within the surface, a material heavily associated with the mechanisms and tooling involved in clock making. 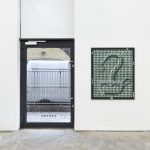 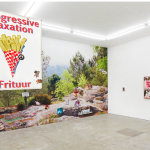 Pro-Social Fries brings together a new body of work created over the past few months locked down in Brussels. Through sculpture, wallpaper, animation and wall-based works Jack Burton explores ideas of social identity and redistribution in his new adopted country.