50m, a new experimental concept store dedicated to supporting and showcasing emerging designers, will open in Belgravia, west London, in late May 2018. 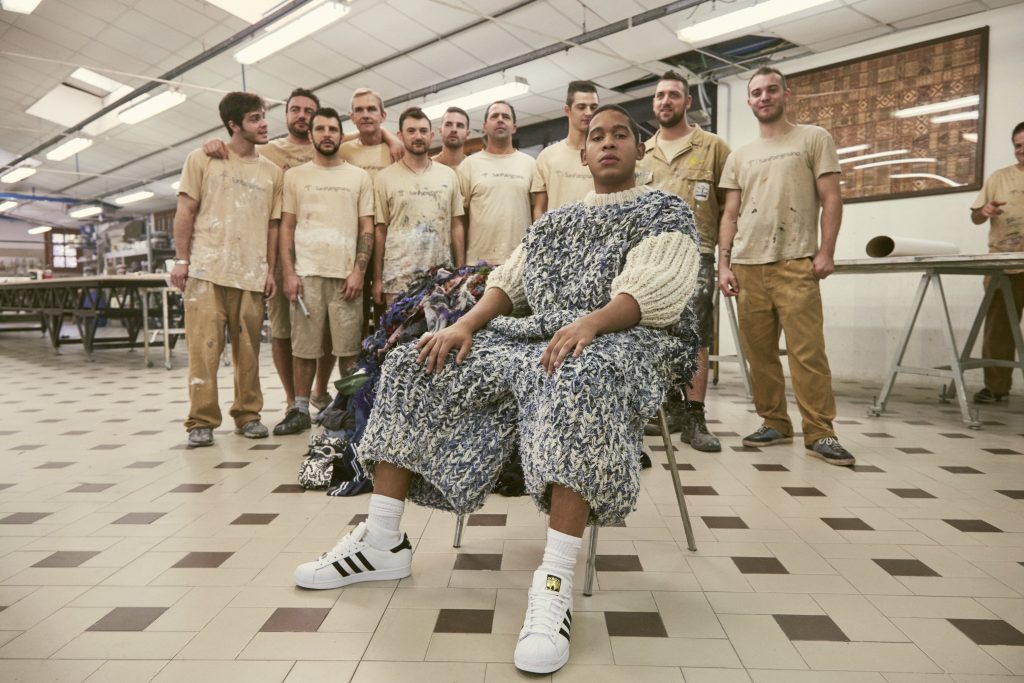 Created by London-based artists Something & Son to help tackle sky-high shop rents in London and support new design talent, the concept store 50m will offer exciting new designers a place to showcase their work in the highly-sought-after Eccleston Yards, alongside independent fashion, food, co-working and wellbeing brands. In return for an affordable monthly fee, designers from the fashion and design industries can join the 50m retail community and receive a dedicated rail space from which to showcase and sell their work. The innovative store will offer a unique combination of retail space, a hot-desking area, events space, café and social meeting spot. 50m will open its doors in late May with a members’ roster of ten of the most exciting emerging names in the industry, including womenswear designer Ryan Lo, fashion duo Kepler, womenswear designer Faustine Steinmetz, London College of Fashion graduates Laundry Service, menswear designer Ka Wa Key, Creative Director of Simo Markus Wernitznig, womenswear designer Luke Anthony Rooney, London College of Fashion graduate Bethany Williams and jewellery studio RÄTHEL & WOLF.

50m – a name taken from the 50 metres of clothes rail that will run along the inside walls of the unit – will be able to showcase up to 30 designers at any one time as well as offer a shared working space and a place to hold meetings with potential clients.

50m will also offer an eclectic programme of workshops and talks aimed at offering advice and support to emerging designers. Members will have access to almost 30 industry and business mentors to inspire and provide them with the necessary knowledge and tools to help their business grow. Mentors include Consultant Nick Dunn, entrepreneur Alison Lowe MBE, photographer Peter Yip, PR Manager for Victoria Beckham Florence Shippey, Executive Director of the Institute of Innovation and Entrepreneurship Jeff Skinner, and London-based pattern cutter and designer Arena Page.

Paul Smyth, Co-founder of Something & Son, the organisation behind the project, said:

“The fashion industry is a difficult industry to survive in and London rents mean the dream of having a shop is disappearing out of reach to everyone but the wealthy, leaving great British talent behind. Every year, hundreds of talented young designers graduate in London alone and many remain at the whim of the fashion industry, often getting priced out of the city.
50m will offer an affordable space in a luxury area for young talent to sell and present their collections all year round and, in turn, creating a community and social space in which designers can share their experiences and support one another. 50m exists to radically change the balance of power between shops and designers and create a store where people don’t simply consume stuff but can meet designers, hang out with friends, cooperate and collaborate.”

Ka Wa Key Royal College of Art MA Graduate
Ka Wa Key has been making a name for himself as one of the city’s brightest up and coming menswear stars. Working tirelessly to encapsulate the beauty of the difference between East and West, Ka Wa Key uses fashion technology innovations to design and create a hybridity between cultures and adapt facets of cultural aesthetics into something unconventional, beautiful and full of emotion.

KEPLER Central Saint Martins Graduates
The fundamentals of Kepler take inspiration from traditional methods of garment making and cultures from across the globe, amalgamating them together to create a modern approach to constructing clothing.

Faustine Steinmetz Womenswear Designer
Faustine Steinmetz began her studies at Atelier Chardon Savard in Paris before moving to London to complete her MA at Central Saint Martins under the guidance of Professor OBE Louise Wilson. Having worked for the likes of Jeremy Scott and Henrik Viskov, Faustine set up her label in early 2013 after acquiring her first handloom. All of Faustine’s pieces are made inaccordance with her belief in craftsmanship over trend.

Markus Wernitznig Creative Director, Simo
Designer Markus Wernitznig was highlighted by BoF at the start of 2018 as one of the graduates to keep an eye on. Just months after that he took home the fashion prize at the annual Federal Chancellery of Austria awards, part of the TAKE Festival, Vienna’s most forward think­ing fashion event. Markus will present his new collection for Simo at 50m.

Bethany Williams London College of Fashion MA Graduate
Bethany challenges what fashion is and can be by exploring social change. Committed to exploring social and environmental change within her work, the London-based sustainable fashion designer works with marginalised parts of society to bring about positive change and social enterprise.

About Something & Son
Something & Son is a collaborative and activist led collective working across art, design and architecture creating diverse work that is socially and environmentally driven. Their past projects include the FARM:shop, which inspired a new generation of urban farming across the world; Makerversity, which provides low-cost space and tools to a community of 300 makers in the heart of London and Amsterdam; and the Barking Bathhouse which was conceived as an affordable experimental community spa in London and is now owned and run by the community.

To coincide with the UN Climate Change Conference (COP26), the Design Museum will host an exhibition showing what design can […] 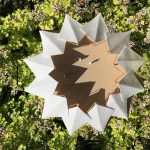 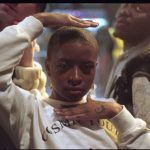 THIS SPACE I BELONG presents the contemporary documentary works of fifteen emerging artists. Informed by the collective need to feel a sense of belonging in our surroundings, the exhibition explores notions of conflicting identity, community, our environments and change, investigat- ing current cultural and socioeconomic issues.

FAD got invited to the mens collections show rooms this year.