A rock inscribed with “love yourself.” by Yoko Ono went missing from the Gardiner Museum in Toronto last month. 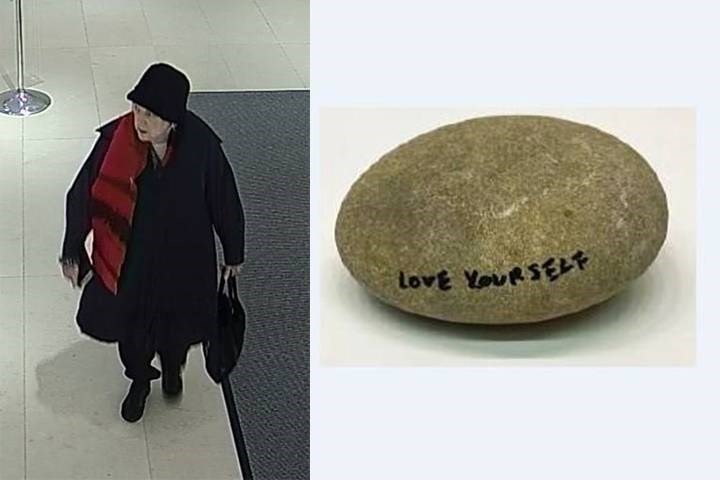 The rock is part of an art exhibit featuring Ono, where patrons can meditate using several river rocks. The stone is inscribed with black ink, and reads “love yourself” in block letters. It is valued at $17,500.

According to the museum, it:

, and Ono has inscribed some of the stones with words, such as dream, wish, and remember.
Visitors are invited to hold the stones as part of the interactive exhibition.

“It’s a totally interactive (exhibit), there’s a bunch of rocks on the ground and people can walk up to them and pick them up,”

“She just picked it up and walked away with it.”

She is described as 55-60 years of age, and standing approximately 5’4”. She was wearing a black coat, red scarf with black stripes, black pants, black hat and black shoes. Maybe the lady just needed some love?

We interview Jimmy Galvin curator of Interventions/2: Yoko Ono ahead of it’s opening