Julian Schnabel: The Re-use of 2017 by 2018. The re-use of Christmas, birthdays. The re-use of a joke. The re-use of air and water. This is the first solo presentation by the artist at Pace in London. The exhibition features twelve recent paintings using imagery and an approach to painting that the artist has refined throughout his career. 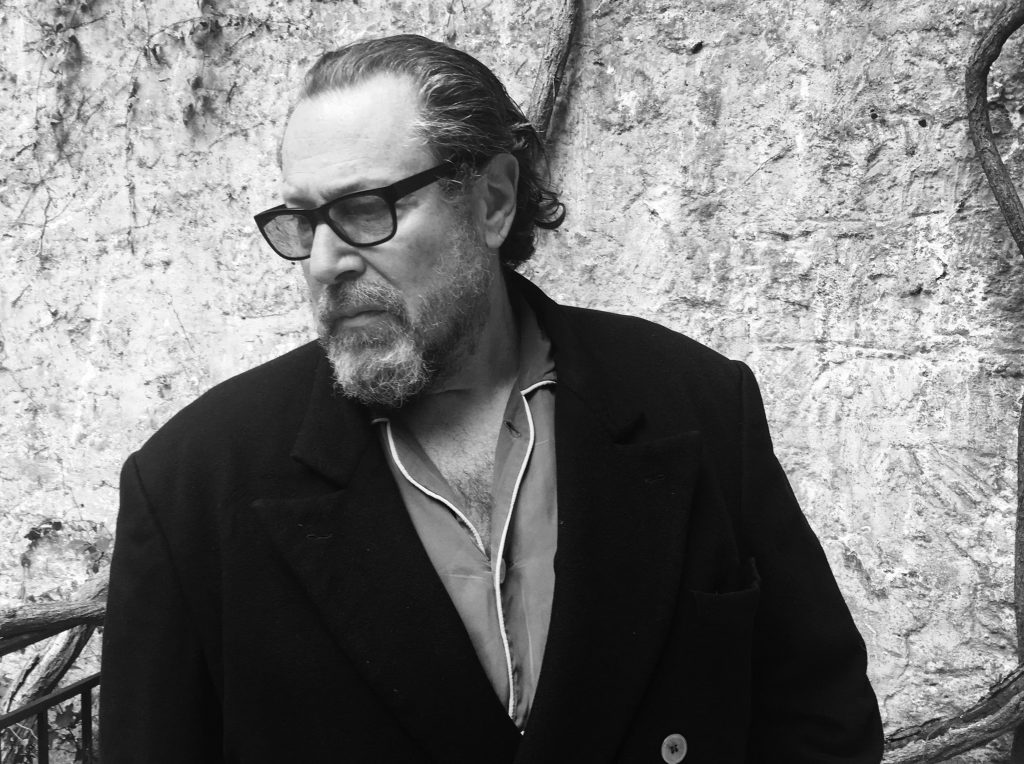 “It is about the power to take ordinary things, and by arranging them, to produce a transcendence of their ordinariness.” 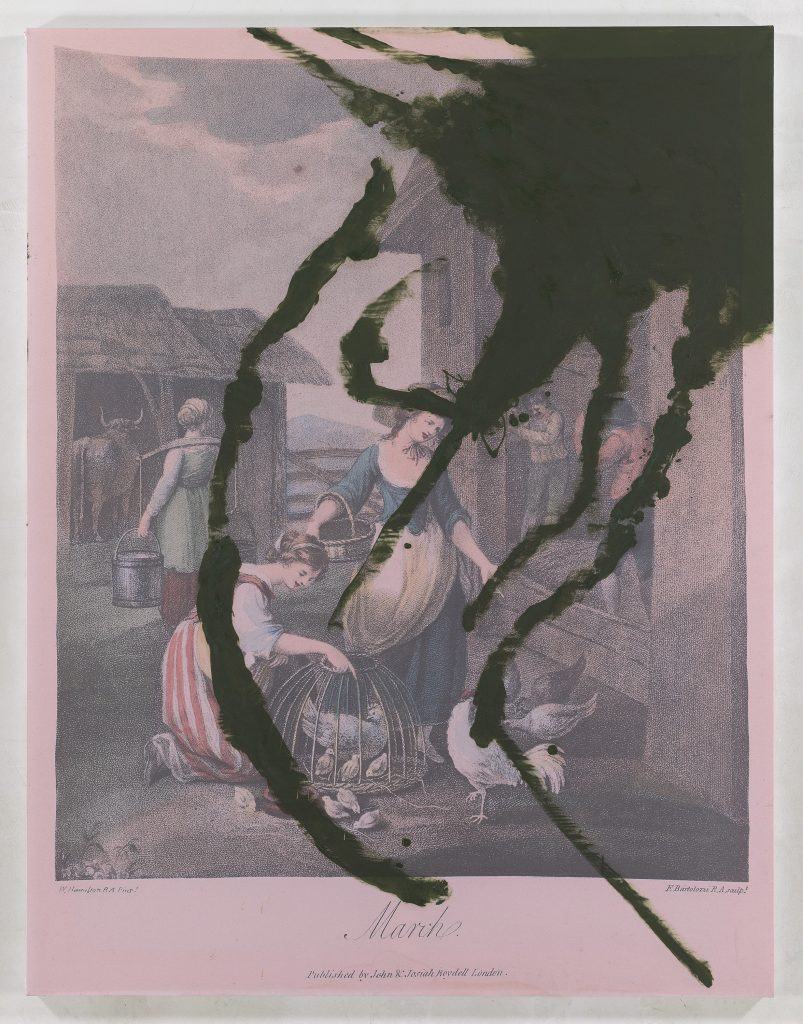 Schnabel’s inspiration for the series originates from twelve calendar prints published by John & Josiah Boydell and made by Royal Academy artists William Hamilton (1751–1801) and Francesco Bartolozzi (1727–1815), whose names appear at the bottom of each image. Discovered by Schnabel in a second-hand store in New York City, the original engraved images feature agricultural scenes that depict the seasonal activities of rural England for each month. 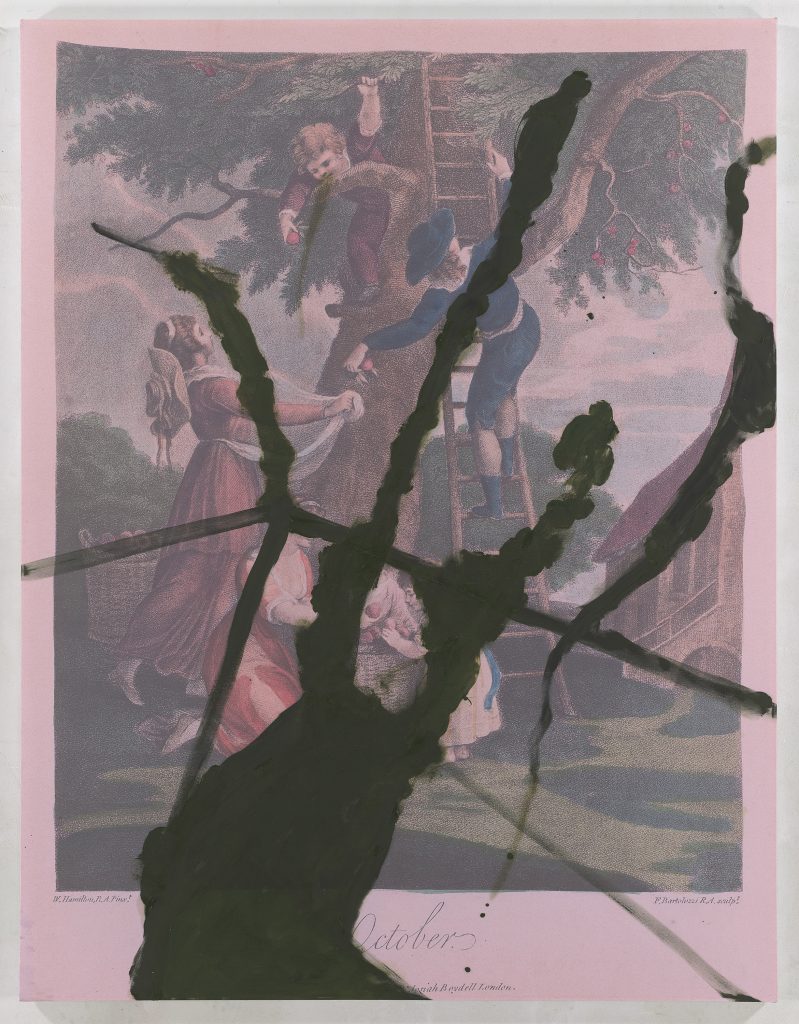 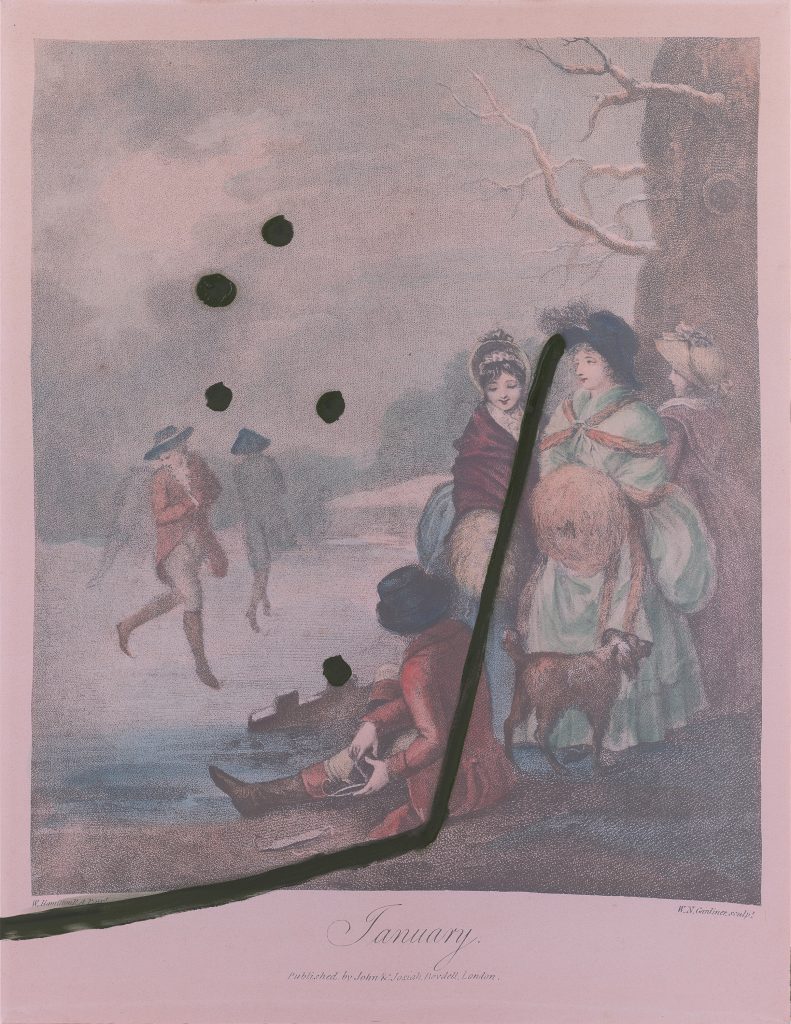 After enlarging these scenes onto polyester, he painted on them, establishing a new view – new picture without losing the first – suggesting the multiplicity of vision, of awareness, of every moment. he opens a conflict that plays out in front of the viewer. “The prints are reinterpreted just as all yesterdays and todays are”, Schnabel stated.

Throughout his practice, Schnabel has used a diverse range of media and painting surfaces not traditionally used in art making. He painted these pictures in his outdoor studio in Montauk, New York, exposed to the elements. He continued, “The weather affects my paintings, stains, rain, bleached by the sun, accidents, blown by the wind, nature, at first a distraction interfering then helping.”

“There is often a sense of Julian Schnabel as a medium, through whom painting and gesture appear almost to be self-generating. Yet no matter how diverse the mark-making strategy, the paintings always bear the hallmarks and handwriting of his recognizable self.”

The exhibition will coincide with the reopening of the Royal Academy for their 250th anniversary. Schnabel was elected an Honorary Royal Academician in 2009.

About
Julian Schnabel’s (b. 1951, Brooklyn, New York) first major solo exhibition was at the Contemporary Arts Museum Houston in 1976, followed by a solo show at Mary Boone Gallery in 1979.