WOMEN LOOK AT WOMEN is the inaugural show at the Richard Saltoun's new space in Mayfair, London - FAD Magazine
Skip to content

Curated by Paola Ugolini, WOMEN LOOK AT WOMEN explores feminine identity through a unique selection of works, both historical and contemporary, by thirteen internationally renowned women artists. In this inaugural exhibition at Richard Saltoun’s new gallery on Dover Street, each of the works on show reflects a different aspect of the relationship women have with their own bodies and how they judge and respond to the physicality of other women. 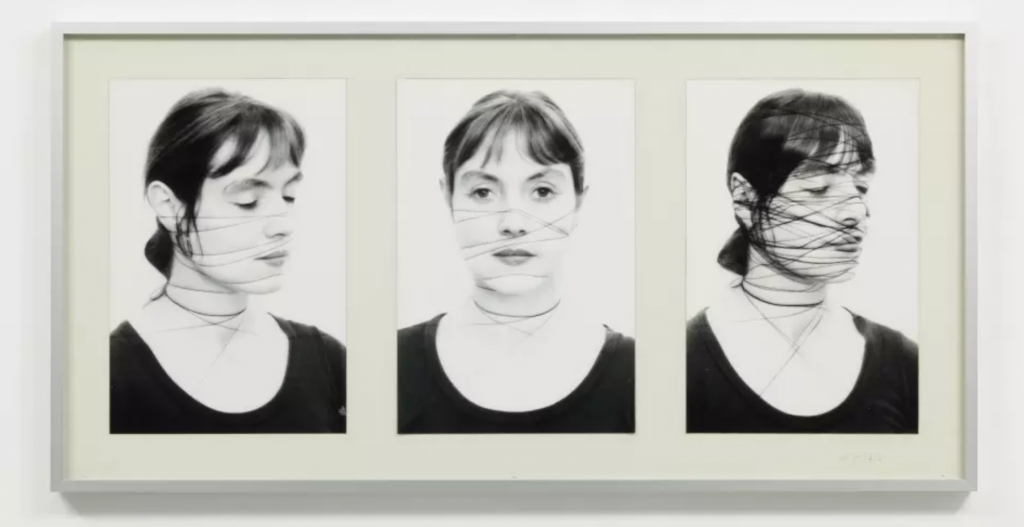 FEATURED ARTISTS
Eleanor ANTIN (b. 1935, Bronx, NY) lives and works in San Diego, CA. A pioneer of conceptual and performance art movements of the 1970s, Antin has worked across photography and staged performances to confront issues of identity, social structures and the role of women.

Renate BERTLMANN (b. 1943, Vienna) lives and works in Vienna, Austria. In the 1970s she was considered too radical to be included in museum exhibitions. 40 years later, Bertlmann, who won the 2017 Austrian State Art Prize, has achieved iconic status to become an inspiration to feminist artists all over the world. Her work focuses on representations of sex, love and relationships.

Elisabetta CATALANO (b. 1944, Rome – d. 2015, Rome). An actress turned photographer, Catalano was described by Alberto Arbasino as a “genius of portraiture masked as a beautiful woman”. Her black and white photographs, shown in London for the first time, bring out the inner beauty of the stars and artists that were her trademark subjects.

Helen CHADWICK (b. 1953, Croydon, Surrey – d. 1996, London). A leader of the feminist art movement in 80s and 90s Britain and an inspiration to generations of young artists, including many of the YBAs, Chadwick’s provocative sculptures and installations often use visceral materials to create works of great aesthetic beauty.

VALIE EXPORT (b. 1940, Linz, Austria) lives and works in Vienna, Austria. Now recognised as one of the most vital feminist artists of the last century, VALIE EXPORT achieved notoriety for her guerrilla performances in the 60s such as Genital Panic where she used her body to provoke a reaction to her political, feminist approach to art.

Rose FINN-KELCEY (b. 1945, London – d. 2014, London). One of the most inventive artists of her generation, Finn-Kelcey’s artistic language spanned all media and scale, using installation and sculpture, and even land art to voice her socio-political messages.

Alexis HUNTER (b. 1948, Auckland, New Zealand – d. 2014, London). An important figure of the feminist art movement in Britain; as an artist and activist, Hunter weaponised photography to reject gender stereotypes and exploitative images from media and advertising.

Friedl KUBELKA (b. 1946, London) lives and works in Vienna, Austria. One of Austria’s major filmmakers and photographers, associated with the Viennese Actionist movement, Kubelka’s photographic works focus on the body, autobiography, and identity.

Annegret SOLTAU (b. 1946, Luneburg, Germany) lives and works in Darmstadt, Germany. During the 1970s Soltau held performances where she would bind herself and audience members in black thread, concealing their faces and confronting issues surrounding the body, female identity, censorship and silencing.

Jo SPENCE (b. 1934, London – d. 1992, London). One of Britain’s most important feminist artists, Spence used the camera to redefine the traditional role of women, class and politics, her personal battles with ageing, weight and ultimately, cancer. Her sets of photographs Fat Projects (1978 – 1979) and Body Parts (1978) will be showed for the first time.

Francesca WOODMAN (b. 1958, Denver, Colorado – d. 1981, New York). From age thirteen until her suicide at age 22, Woodman created work using her body as both subject and object. Her adoption of new photographic techniques assured her status as one of the most ground-breaking artists in the history of feminist photography.

Marie YATES (b. 1940, Manchester, UK) lives and works in Crete, Greece. Yates has been making art for over 50 years. Her radical conceptual works address issues of representation, language, sexual difference and fantasy.

In 1974 Eleanor Antin staged a performance in the Californian surfer town Solana Beach, dressed in drag as her fictional character The King of Solana Beach. Wearing a full beard, her gender-binding alias tests preconceptions of male and female roles throughout history. In Men from The King of Solana Beach (1974) we even see “His Majesty” taking a trip to [the men’s] bathroom.

Renate Bertlmann’s Transformations (1969/2013) comprises 53 staged self-portraits, where Bertlmann transforms into different female character types; the free spirit, the demure girl, the mad eccentric, and so forth. Posing for the camera, she performs “femininity” in its many guises, playing a game of seduction with her viewer, whilst staying in full control.

Exhibited at The Venice Biennale in 1984, Ego Geometria Sum (1983-6) maps Helen Chadwick’s history from birth to age thirty. Sculptures reminiscent of mathematic structures or children’s building blocks, layered with surreal tableaux of familiar objects and her naked body, become time capsules; leading us through the artists past.

Friedl Kubelka’s work, Pin Ups (1973-4), are intimately staged self-portraits taken during lone night stays in Parisian no-tell motels. Dressed to provoke, she takes full control of her orchestrated identity, multi-casting herself as a subject of discussion, object of desire, and image maker and choosing how she wants to be presented, on both sides of the lens. 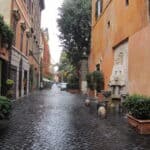