A year after the terror attacks that struck Paris in November 2015, Jeff Koons has offered to give the city a monumental sculpture in honour the victims. But critics of the project are saying ‘non’. 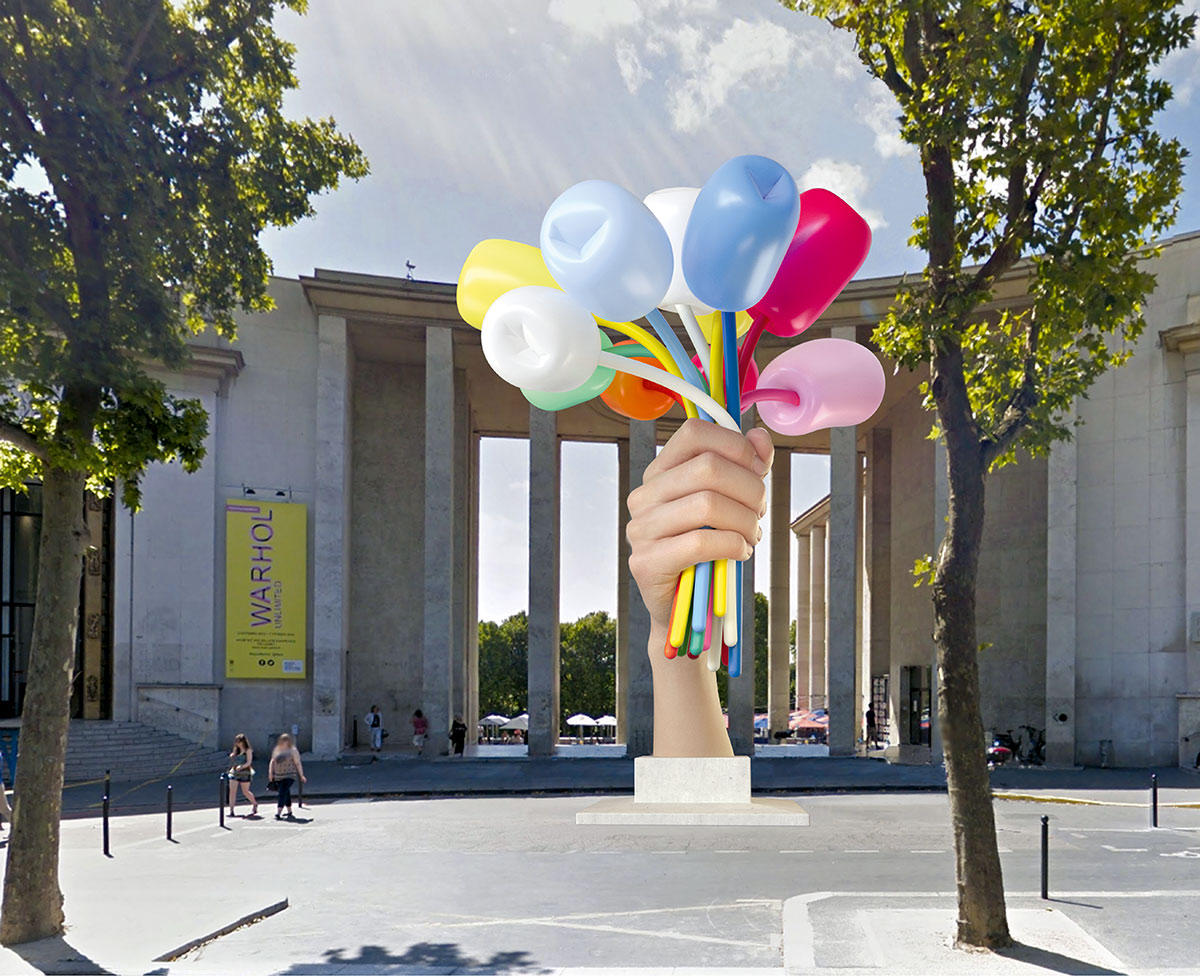 About two dozen artists, gallery owners and officials have written an open letter to French daily newspaper Libération. They are urging Paris not to install the 12-metre-tall “Bouquet of Tulips” outside the Museum of Modern Art. The project — a giant hand holding multicoloured flowers — is meant to mimic the Statue of Liberty grasping its torch, but was denounced as a “product placement”, according to the text, whose signatories include filmmaker Olivier Assayas and former culture minister Frédéric Mitterrand.
If the goal is to honour the victims of the deadliest terror attack ever on French soil, the text says,

“shouldn’t there be a call for tenders, as it is usually the case, with an opportunity given to French artists?”

Also the site for the work is nowhere near the Stade de France nor the Bataclan concert hall or nearby bars and restaurants where jihadist attackers killed a total of 130 people.

Private donors have offered to finance the sculpture’s €3 million price tag, but taxpayers have to pay for work required to reinforce the ground supporting the bronze, stainless steel and aluminium work, the text says. Koons, who is known for turning every day objects into art, said it was designed as an offering in memory of the victims and as a symbol of optimism, in an effort to help Parisians overcome the tragedy that struck the city. Other signatories of the letter include the artists Christian Boltanski, Jean-Luc Moulène and Emilie Cariou, a lawmaker in President Emmanuel Macron’s LREM (Republic on the Move) party and vice president of parliament’s finance commission.