An authentic Banksy image has been recovered from a derelict container on Dungeness beach in Kent after fears it could be destroyed by the landowners. Banksy created the image, which depicts a bird with a head made of a petrol-pump nozzle to highlight world pollution by oil companies.
EDF Energy who own the land warned locals of their intention to clean up the beach and destroy the container and the Banksy. 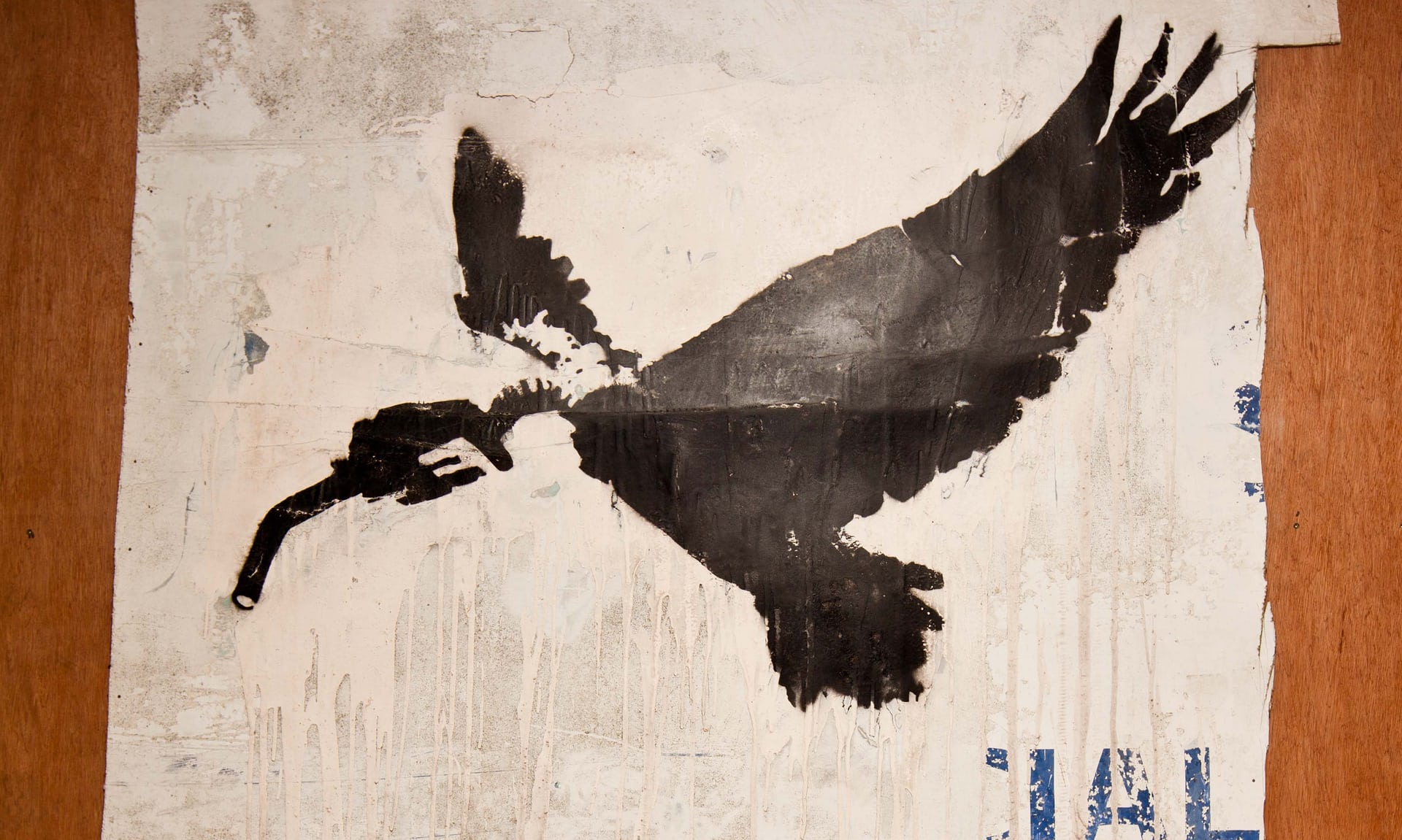 Fearing that time was of the essence, a local fisherman who owned the container sold it to John Brandler, a Banksy specialist and dealer, who has ensured its survival. The picture, which measures about 8ft by 4ft (2.5 x 1.25 metres), was created in 2004. It was a sequel to a previous 2001 work – a bird perched on a branch – on the same derelict container, which had been stolen – cut from the side of the container – 12 days after its completion. The second version had been preserved from the harsh sea air because a local fisherman had painted over it.

The work is now on exhibition at the Brandler Galleries in Brentwood, Essex. Last summer, Brandler helped save another Banksy painting that had appeared on a public toilet block in east London, only for it to disappear after it was vandalised, spray-jetted by the local council and then painted over.