Japanese art collective TeamLab have used lighting to create a sea of spiralling whirlpools inside the National Gallery of Victoria as part of the NGV Triennial. 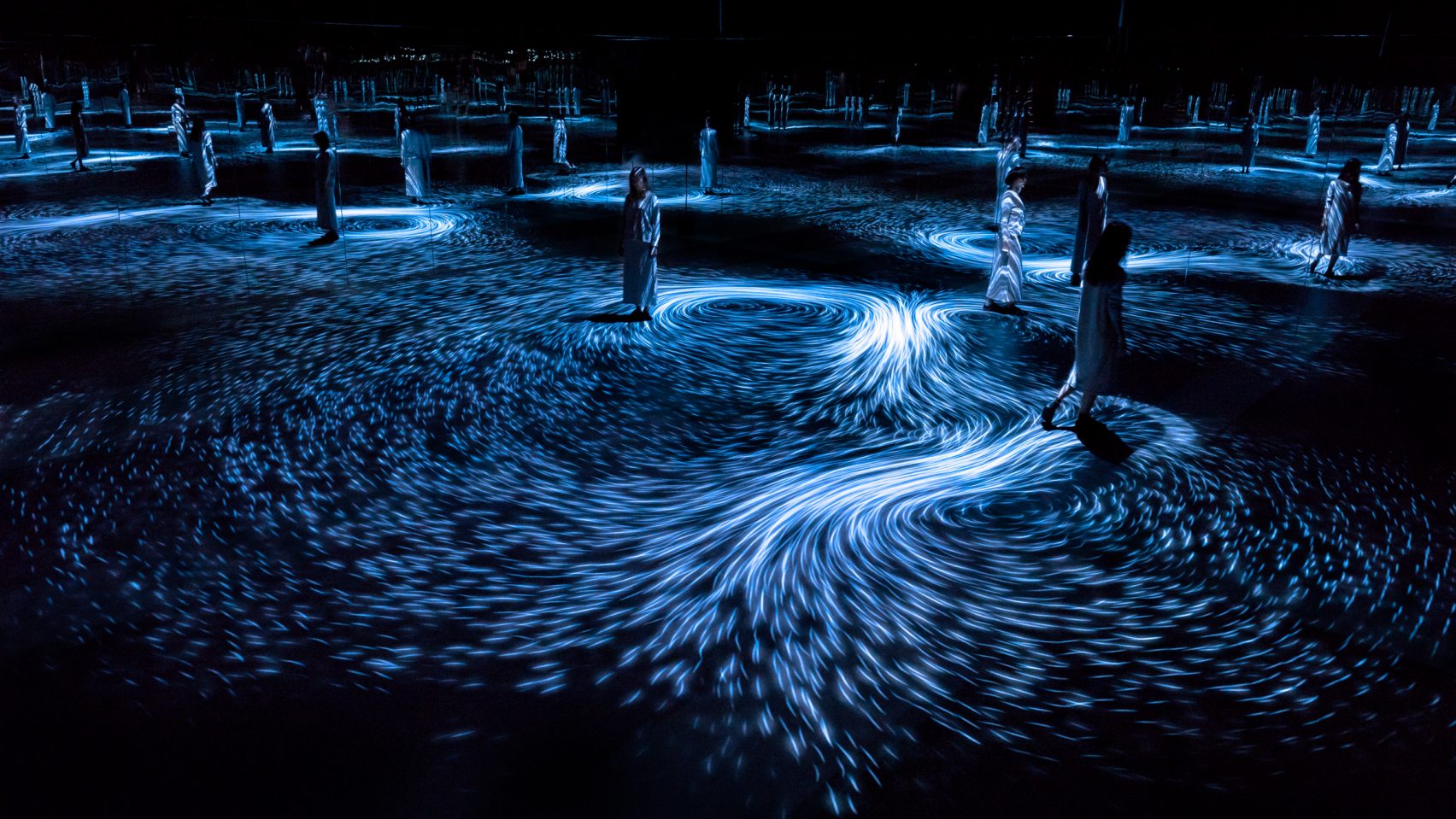 Designed to look like whirlpools in water, the installation is created from “immersive and responsive” lights that project moving lines on the floor. These lights are programmed to respond to the presence and movement of people in the room.

“Works are born and continue to transform under the influence of people’s movement,”

“In the ocean, complicated terrain such as an island produces flow velocity difference and a vortex is generated. Vortices swirl up the carcasses of organisms sunk to the bottom of the ocean, producing nutritious seawater. This becomes a source of nutrition for plankton to grow and nourishes the sea life. Vortices therefore contribute to enriching the ocean.” 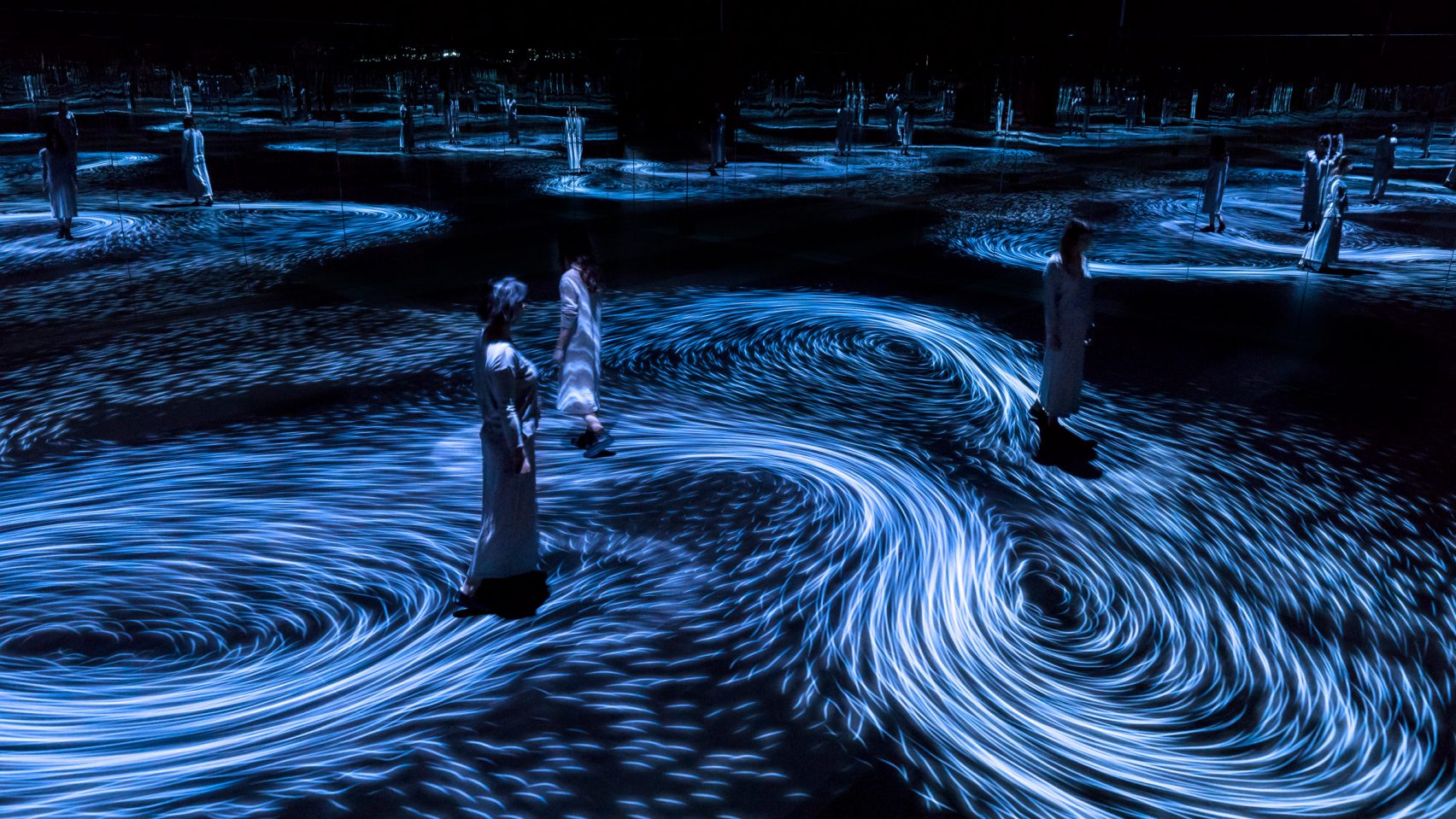 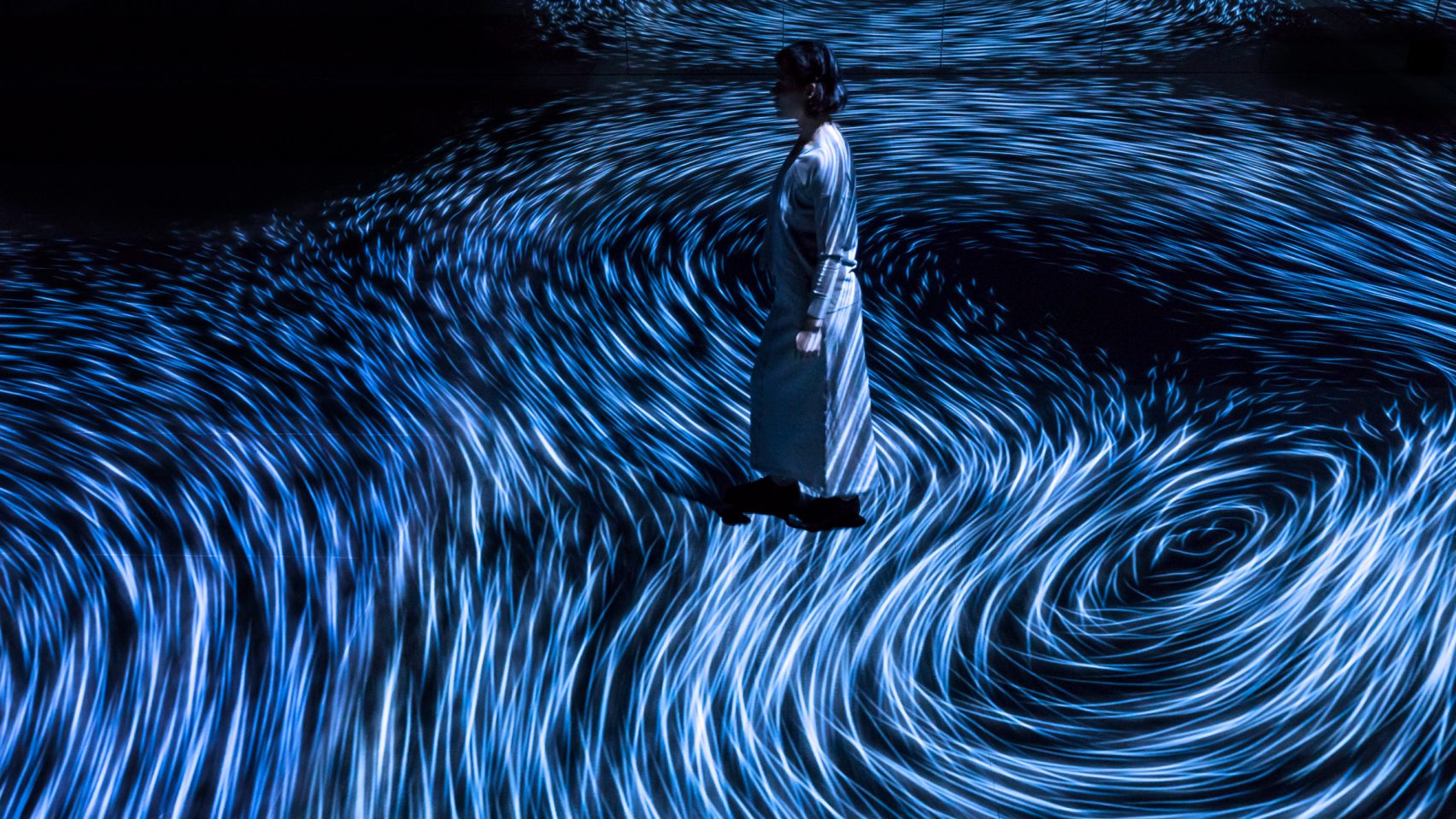 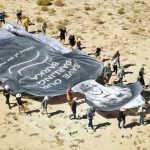 New JR work highlights the ecological decline of the Darling / Baaka River for the NGV Triennial.