This exhibition is dedicated to the pictorial legacy of Gino De Dominicis, focusing primarily on paintings produced in the last two decades of his life. This is the first public display of works from the Guntis Brands collection presented in the UK and includes some of De Dominicis best known paintings alongside important works rarely seen before. 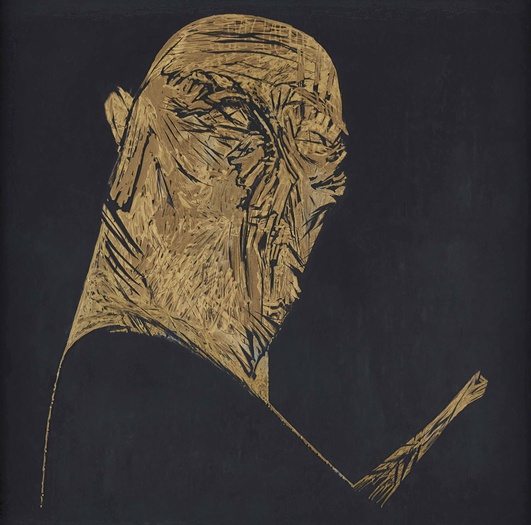 Gino De Dominicis (1947-1998) is an artist of eccentric and mysterious sensibility. He is often described as an isolated case in the context of post-war Italian art: he was an artist who turned his back on groups and movements in favour of solitary artistic creation. Profoundly moved by the post-Duchampian era, early in his career De Dominicis produced provocative installations that criticised conceptual art while influencing its development. His commitment, however, was to figuration and an art that transcended eras: “Drawing, painting and sculpture,” he insisted, “are not traditional but original forms of expression, thus also belong to the future.”

Perhaps above all, De Dominicis’ work is characterised by its interest in the principle of alchemy and
metamorphosis; impossible transformations that express immortality and enable things to exist even after death is pronounced. His work manifests a remarkable disinterest in the iconography of his recent predecessors and his contemporaries. Instead, De Dominicis laid claim to a new family of images influenced by ancient civilizations such as those of the Sumerian culture, and by characters such as the mythical demigod Gilgamesh, and the nymph Urvasi. Mythology as a form of storytelling became altogether imbedded in his work like a carefully sewn red thread, and from it also emerged a concern with alternative approaches to time. When looking at a painting by De Domincis one is likely to feel disoriented, any attempt to find an indication of linear progression or a clear source of light to mark the painting’s time and place is doomed to failure. Colour, in turn, transforms his apt figurative lines into floating signifiers in a monochromatic vacuum of pinks, blues, blacks, or golds. De Dominicis we argue, is both an abstract and a figurative painter, and none of the above.

“Gino De Dominicis is an artist whose work evokes an infinite combination of contradictions. Each painting, each installation, gives us a piece of the puzzle” 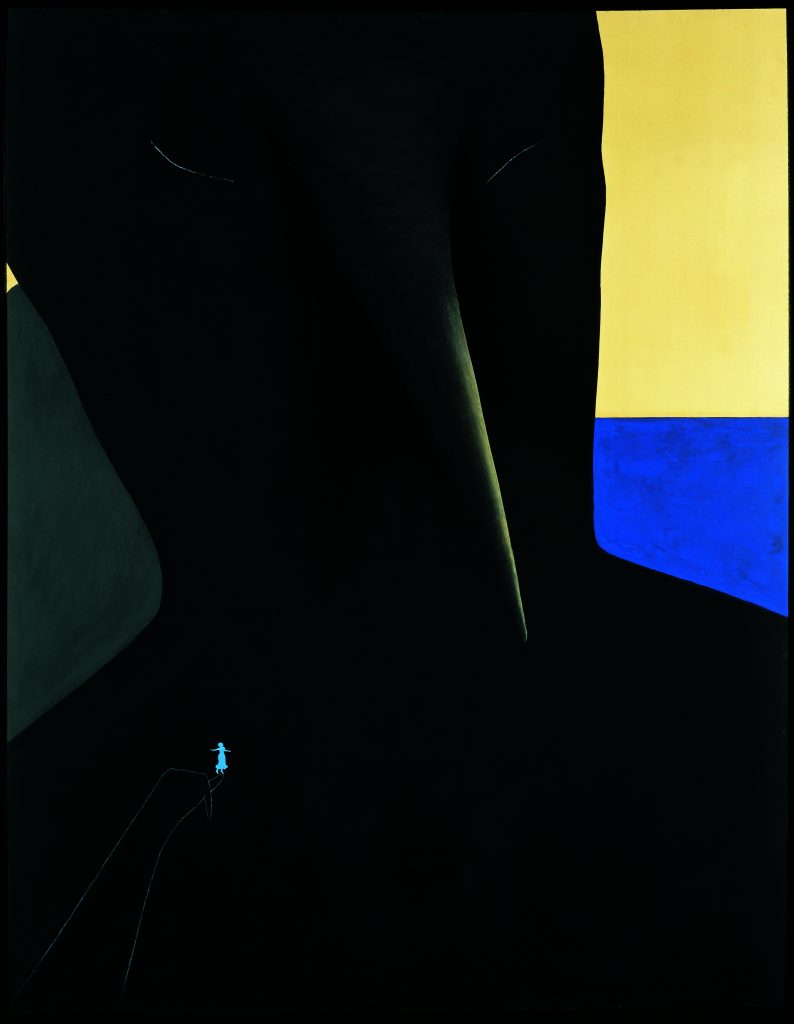 The exhibition includes some of De Dominicis’ most important portraits and self-portraits including Il Pittore and Autoritratto, both from 1996, his portrait of Gilgamesh of 1988, and his Senza titolo (Lady Diana) of 1985.

About The Artist
During his lifetime, De Dominicis worked in close collaboration with Galleria L’Attico (Rome), Galleria
Emilio Mazzoli (Modena), Lia Rumma (Naples), and Galleria Christian Stein (Milan), among others. He participated in numerous Venice Biennale editions, notably those of ’72, ’93, and ’95 and was the subject of a solo exhibition organised by Harald Szeemann at the Venice Bienniale of ’99. Major institutional exhibitions include Le Magazin (Grenoble, 1990); National Gallery for Modern and Contemporary Art (Rome, 1999); Palazzo Reale (Milan, 2007); Château Versailles (Versailles, 2007); PS1 MoMA (New York, 2008); and a retrospective exhibition at MAXXI (Rome, 2010) presented on the occasion of the museum’s inauguration.
wiki/Gino_De_Dominicis