Art critic Tabish Khan brings you the top exhibitions to visit this week. Each one comes with a concise review to help you decide whether it’s for you. All are closing soon. 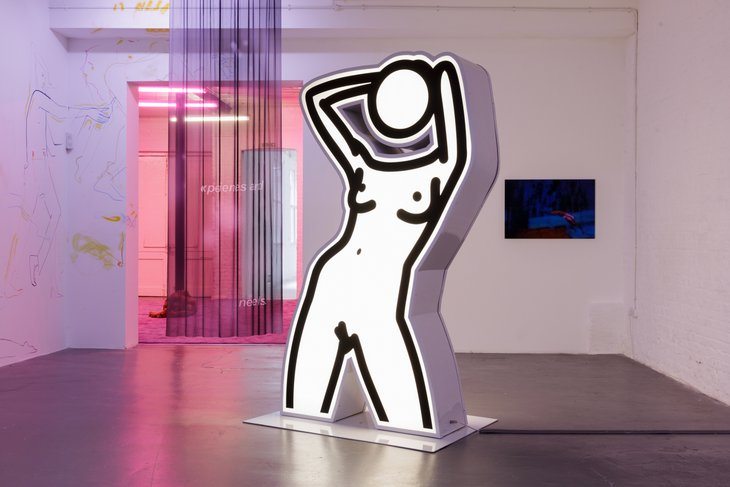 (X) A Fantasy @ David Roberts Art Foundation
This Camden gallery space is quitting London in a few months, so it’s going out with a big show filled with great works. Frogs fill lights above our heads, an entire room is aglow with garish pink hue and desecrated mattresses look like something terrible just happened before we got here. This gallery will be missed, so make sure you don’t miss it’s final hurrah. Until 7 October. 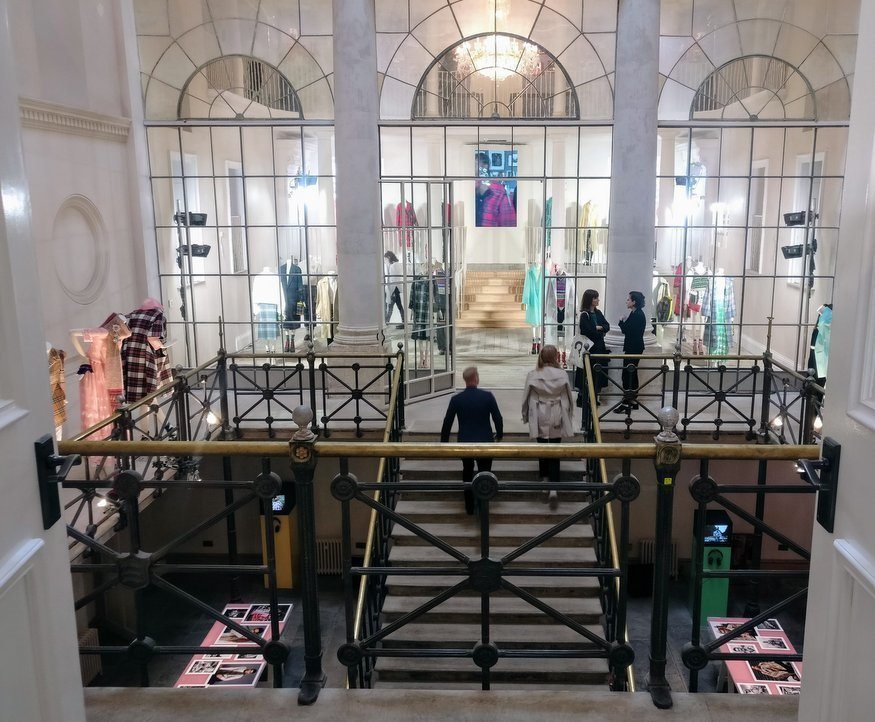 Here We Are @ Old Sessions House
London Fashion Week is upon us. But it would be so passe, darling simply to be content with a new clothing range on a catwalk. Burberry has pulled out all the stops, placing their designs in a former courthouse in Clerkenwell. To top it off, there’s a curated collection of over 200 photographs scattered throughout the building, which complement the garments. Until 1 October. 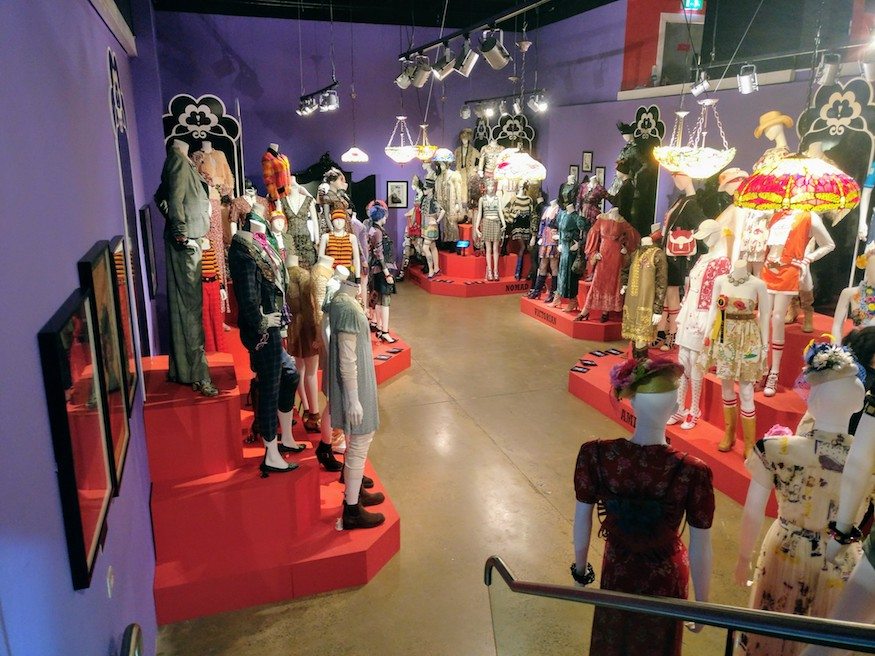 The World of Anna Sui @ Fashion & Textile Museum
In a diverse array of clothing — from punk stylings to garb inspired by William Morris — American fashion designer Anna Sui has brought her designs to the Fashion and Textile Museum. Mixed with music, posters and photography, here’s an engaging show packed into a small museum. Until 1 October. 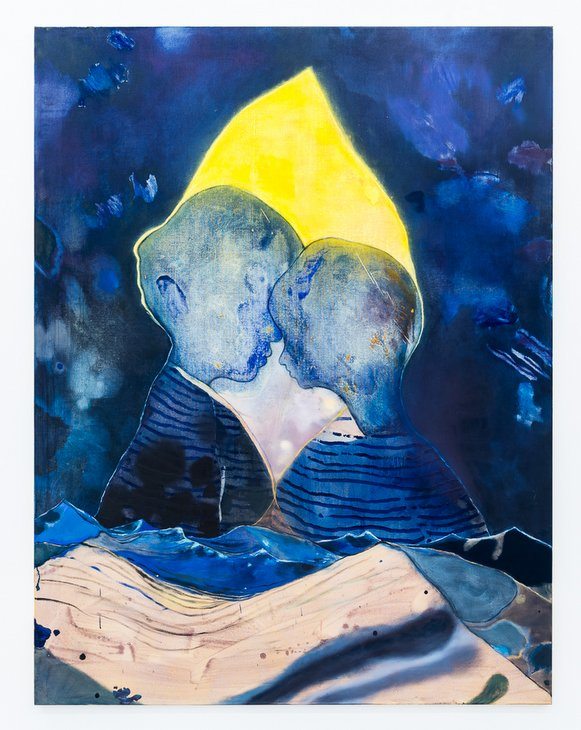 Adam Lee: This earthen tent @ Beers London
Two heads lean on each other in one work, while children look over a body at a funeral in another. These paintings are abstract enough that you can’t get the full picture and it’s this focus away from the details and on the raw emotions that gives each painting its impact. Until 30 September. 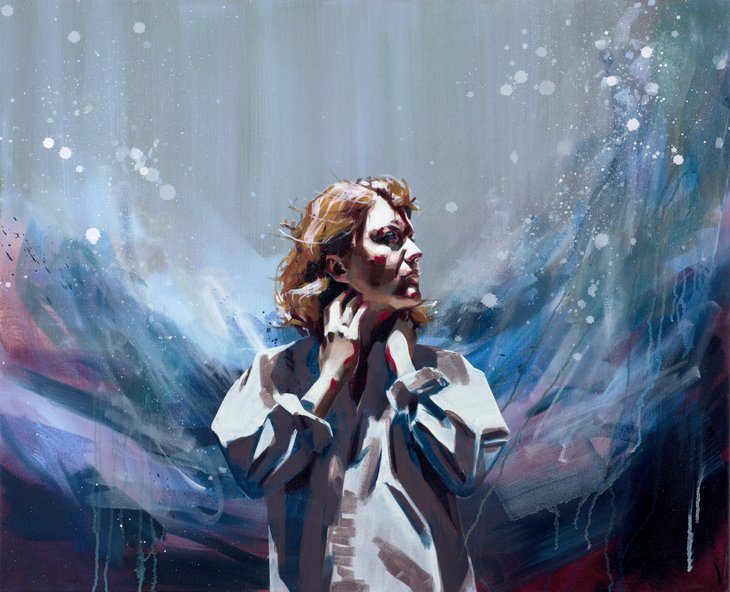 Bartholomew Beal: Drive out West @ Fine Art Society
Young painter Bartholomew Beal has created a set of portrait paintings inspired by the Irish poet Seamus Heaney. Three torso appear to be suspended in mid-air and a stunning work features a woman crowded out by colourful dots. Until 29 September. 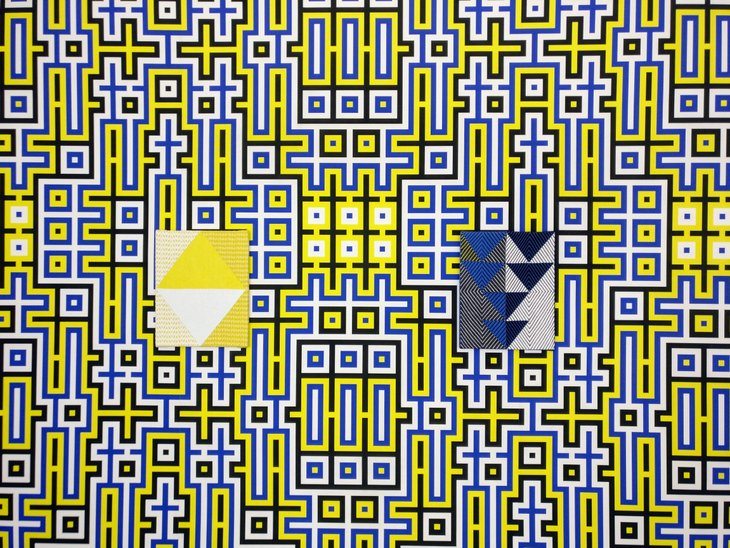 Samantha Bittman: Shift @ Ronchini Gallery
Samantha Bittman’s mixtures of weaving and painting mess with our eyes, a massive floor to ceiling mural being easy to lose ourselves in. Best to go with it and be sucked into her mesmerising works. Until 28 September. 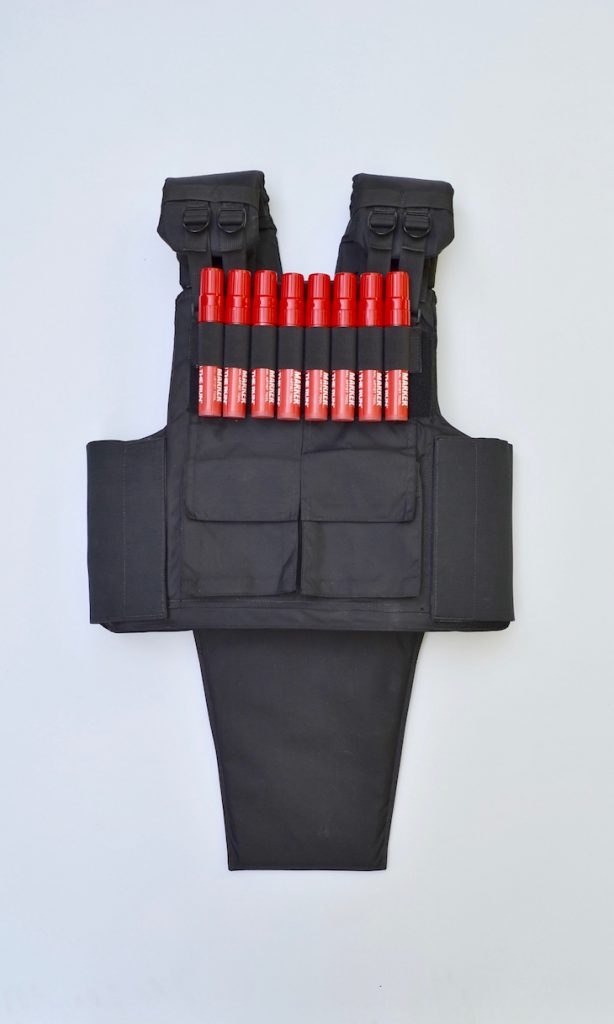 M*A*S*H*E*D @ Lawrence Alkin
Scottish artist War Boutique pulls no punches when taking aim at authority, an optician’s test machine tells us that big brother is watching us and police batons are turned into a cross shaped grave marker with the word peacekeeper on it. A suicide vest filled with marker pens instead of explosives shows there’s a sense of humour and reinforces the theme of promoting non-violence. Until 30 September.