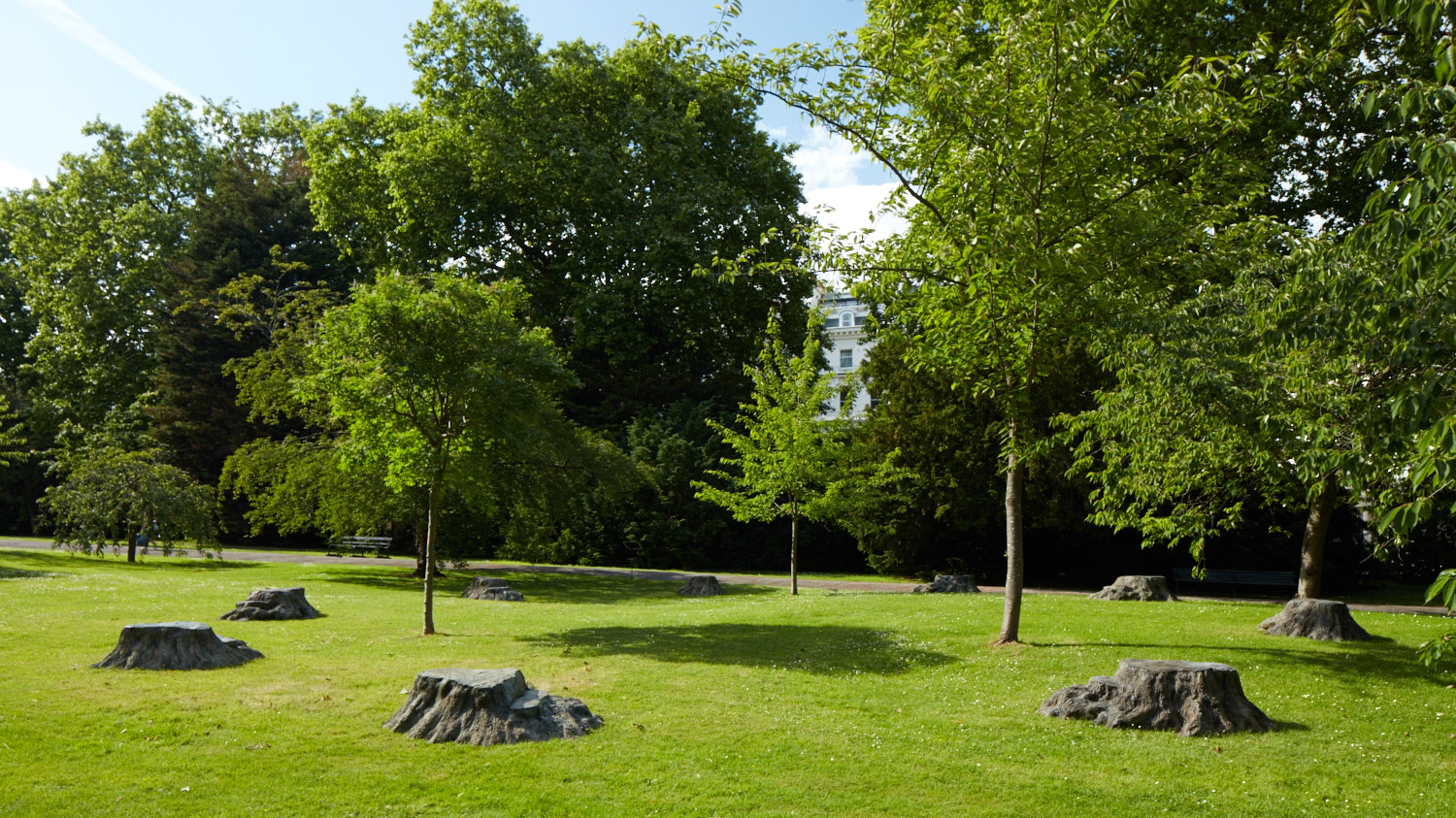 We love Bronze Oak Grove by Rob and Nick Carter. Bronze Oak Grove, 2017 has made its debut in the North Flower Walk in Kensington Gardens, this brilliantly executed, monumental installation consists of nine identical bronze tree stumps sited in a circular arrangement to represent an ancient oak grove.

Rob and Nick Carter are among the very few artists to ever show contemporary sculpture in Kensington Gardens. With Bronze Oak Grove they have managed to create a uniquely immersive installation so realistic it defies belief – a feat of engineering using advanced 3D scanning, printing and centrifugal bronze casting. Bronze Oak Grove is a welcoming, inclusive addition to the gardens this summer – an artwork you can walk around, sit on, interact with, a place to relax, think and play. The public are actively encouraged to engage with the work to bring it alive and participate in the creative process, including an exciting programme of events inspired by this exhibition throughout the summer.

For a number of years, the Carters have been inspired by the work of Jacob de Gheyn II (1565–1629), a draughtsman, painter and engraver who was a contemporary of Rembrandt during the Dutch golden age. De Gheyn’s work marks the transition from late 16th-century Mannerism to the more naturalistic style of the early 17th century and he was recognized as a giant in his time, though little known today. The Carters’ oak grove consists of nine identical tree stumps, fabricated in bronze, which take as their starting point De Gheyn’s botanical drawing from 1600. Throughout history the oak tree has been held in high esteem and is considered the most venerated tree in European culture. Dense forests of oak once covered most of Northern Europe and in those days the oak was held most sacred. Oak groves were used as pagan places of worship and the oak, used in a combination of rituals with certain spells, was considered a sure charm against witchery. People frequented the oak for its curative powers – its wood was used for building, its branches for fuel, its acorns for food and its leaves to promote healing. Famed for its endurance and longevity, it is synonymous with strength and steadfastness. With their Bronze Oak Grove, the Carters emphasise the strong association between human civilisations and oaks, and create a contemporary space for gathering and dialogue. This will be brought to life through interactive ‘Meet the Artists’ sessions with the public, walking tours inspired by the exhibition and the Parks’ natural heritage, storytelling events for families and sensory art workshops for local community groups.

For more details, visit www.royalparks.org.uk/events/whats-on. The best entrance to the park, for Bronze Oak Grove, is via Marlborough Gate which is opposite the Lancaster Gate Hotel. Entering the park via this gate, turn right and you will find Bronze Oak Grove after 200m. 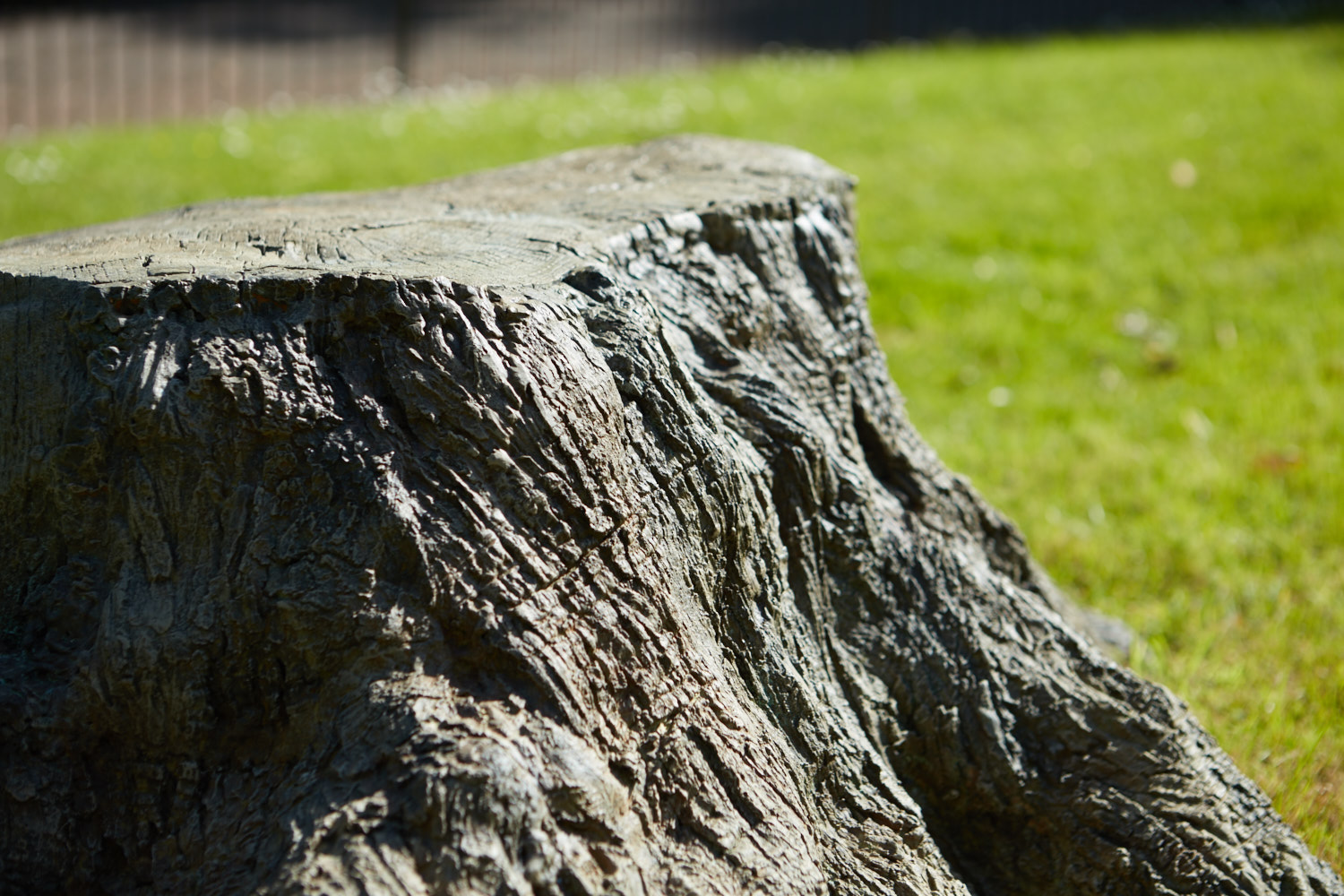 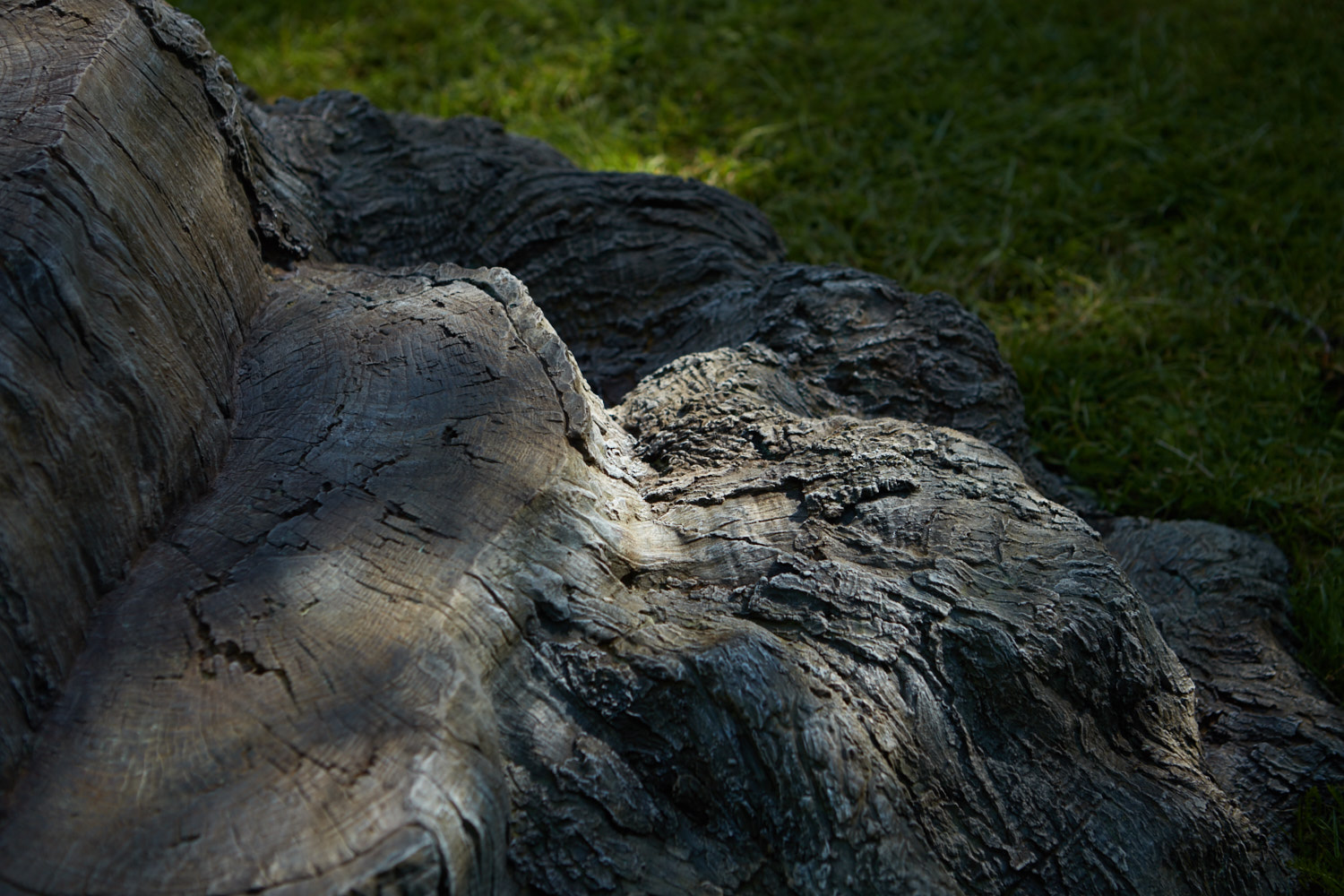 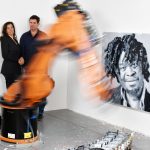 Rob and Nick Carter talk to Lee Sharrock about their upcoming exhibition at Ben Brown Fine Arts, which will feature a new series of AI portraits of iconic artists including; Andy Warhol, Frida Kahlo, Peter Blake and Yoko Ono.