“Giardini Colourfall” is a large-scale painting made by British artist Ian Davenport for Swatch Faces 2017, the Swatch presence at The Venice Biennale 2017. Extending over a 3.8 x 14 meter aluminum panel, it consists of a structured, rhythmic sequence of more than 1’000 colours. Poured down from the top, they leave vertical chromatic traces on the panel, pooling into each other at its base. 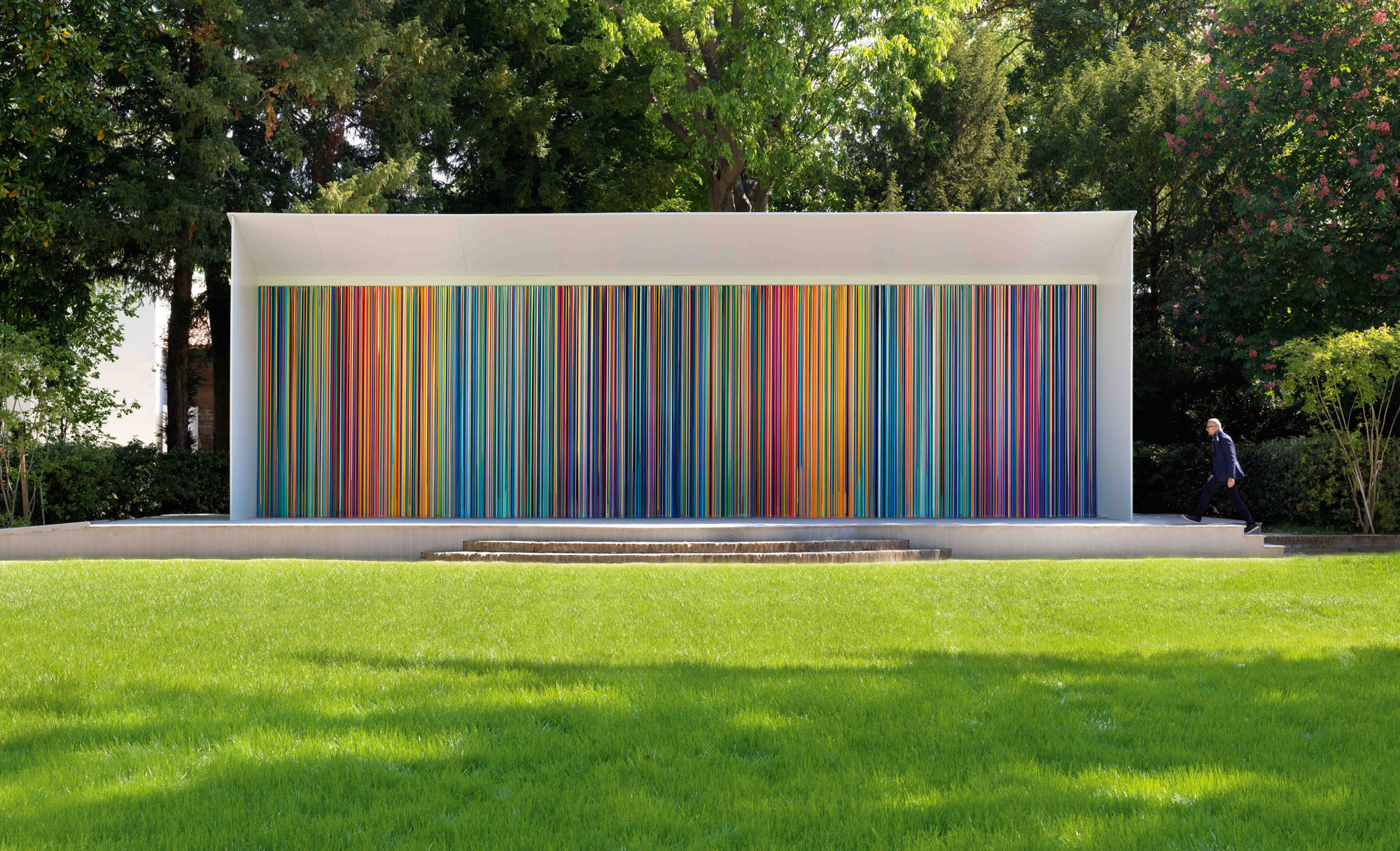 The combination of gravity and paint viscosity forms unexpected swirls and vibrant patterns. For the Swatch Art Collection, Davenport created the watch WIDE ACRES OF TIME. Working on

was a new experience for Davenport:

“It takes my practice into a different place and really made me think about my next body of work. At its best when you’re working on these projects it can push you into a slightly different area that you hadn’t anticipated, which is great, that’s what you’re looking for.”

ABOUT THE ARTIST
Born in 1966, British artist Ian Davenport is renowned for his colorful abstract paintings. Nominated for the Turner Prize in 1991 and awarded a prize in the John Moores Liverpool Exhibition in 1999, his work has been exhibited at a number of prestigious venues in the United Kingdom and abroad, in both solo and group shows.

Previous large-scale installations include work for the Tate Triennial, Warwick University and the 48meter long ‘Poured Lines: Southwark Street’. His work is also on prominent display in public collections.
#SwatchxBiennaleArte